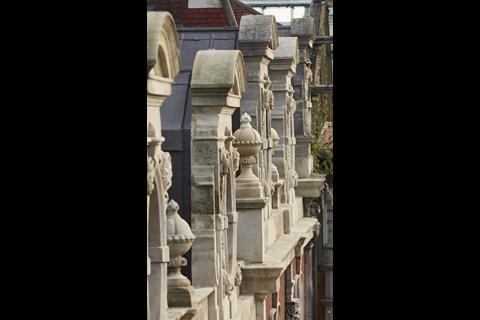 Smithfield: General Market – detail of the top mansard storey which shows the decorative Portland stone carvings that were either repaired or reinstated to match the existing 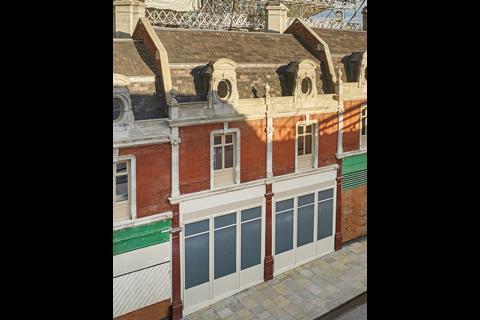 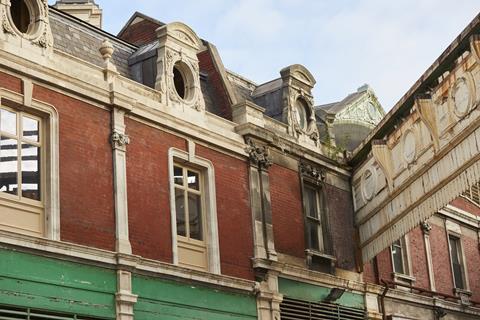 Smithfield: General Market elevation – the section of the façade on the left has been restored by JHA while the section to the right will be restored as part of the next phase 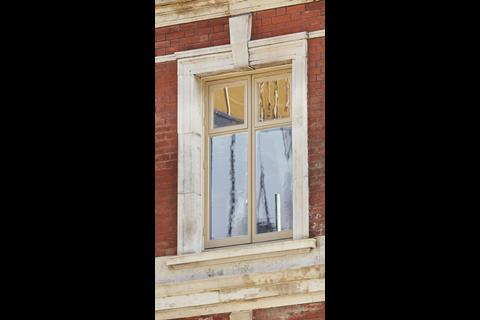 Smithfield: General Market elevation – close-up of a window that has been repaired and thermally upgraded while preserving the appearance of the historic window’s ‘imperfect glass’

Julian Harrap Architects has completed the restoration and conservation of the “outer crust” of Smithfield General Market ahead of the Museum of London’s relocation.

The three-year project was the first phase of a £250m-plus transformation of the internationally significant market buildings into a new home for the museum which is being designed by Stanton William and Asif Khan.

The museum will begin preparing for the move this summer with a celebration of 45 years in its current London Wall home before it shuts its doors to the public for good. The building, designed by Powell & Moya, is due to be demolished to make way for a pair of office towers by Diller Scofidio & Renfro. To the disappointment of the Twentieth Century Society, it was granted a certificate of immunity from listing in 2019 when the site was earmarked for DSR’s since-scrapped Centre for Music.

Once the move is complete it will hold a festival in Smithfield in 2025 ahead of reopening the following year with a new name, the London Museum. 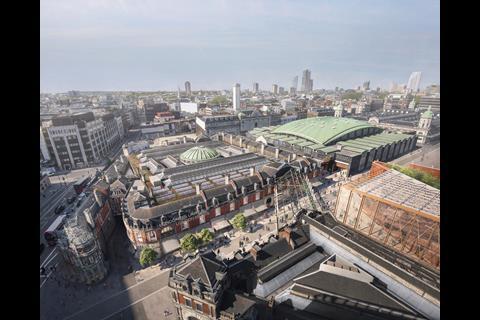 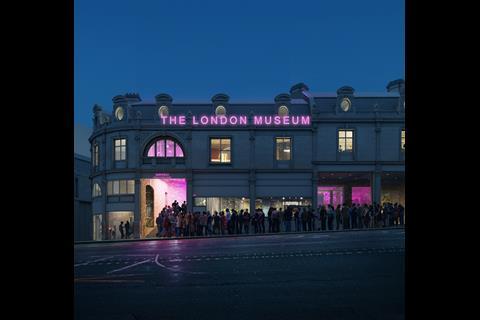 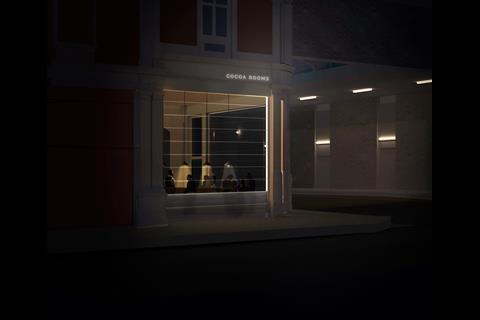 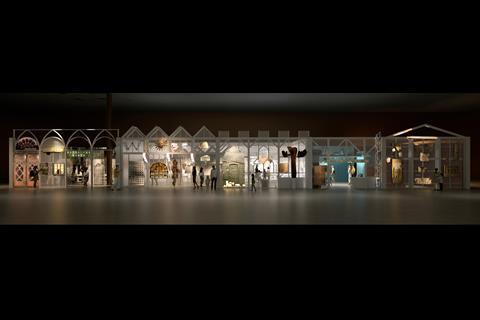 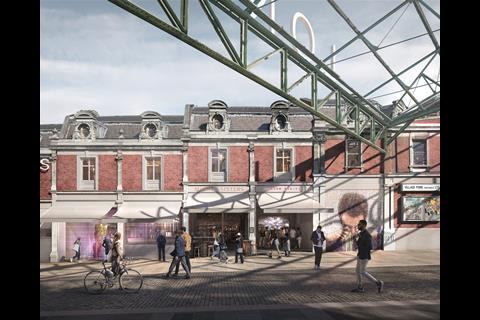 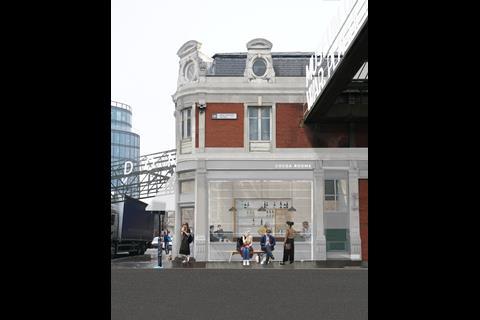 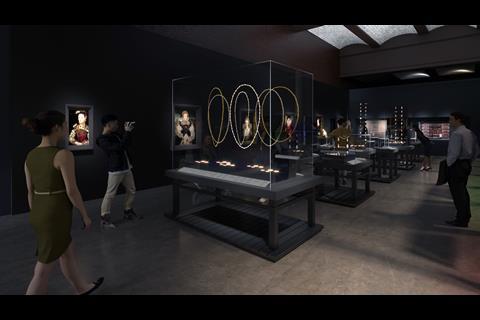 The Cheapside Hoard, which will be put on full permanent display for the first time © Atelier Brückner 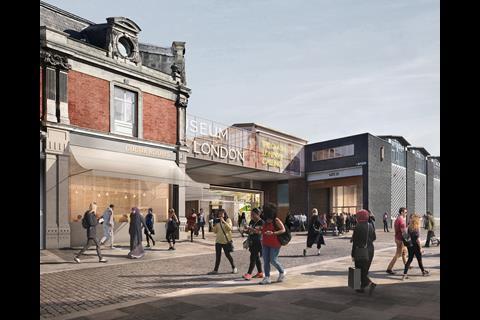 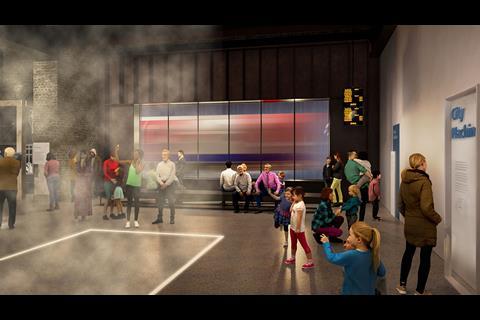 Thameslink Train Window. The museum will be bisected by an active train line © Atelier Brückner 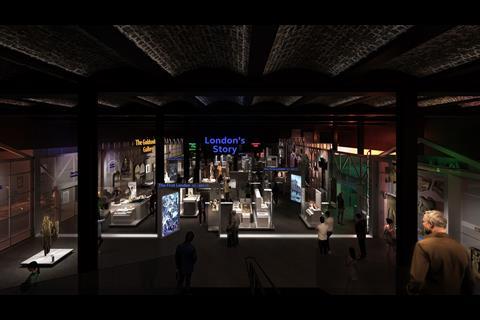 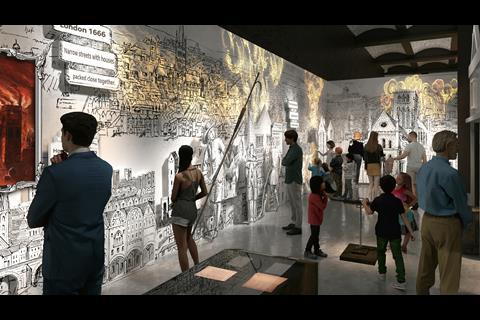 The then £337m proposals won planning in 2020v. The current work has been given a revised budget of £250m but, as part of the West Smithfield masterplan, the museum plans to extend into the adjacent 1960s Poultry Market to create space for temporary exhibitions.

Harrap described the phase one works as involving the “outer crust” of the General Market (1881-3) building which was originally designed by Horace Jones as the London Metropolitan fruit and vegetable market and forms part of what has been described as “the grandest parade of market buildings in Europe”.

The practice, which had previously completed an emergency repair contract to stabilise and waterproof the three-storey structure, restored its grand façades which have been decaying since the buildings were abandoned nearly 30 years ago.

It involved the repair of external and internal brickwork and Portland stone, the reinstatement of lost carved elements, repairs to the timber roofs and floors and the repair and thermal upgrade of the windows. Salvaged materials were used wherever possible.

“This vital historical information provided a valuable archive for the conservation approach employed,” she said.

“We wanted to show the building’s marks of time by adjusting the levels of cleaning to the ‘outer crust’,” she added. “The staining was removed but the patina was preserved, which exposed important features of the building’s past, such as a Victorian, hand-painted advertisement on Farringdon Street.” 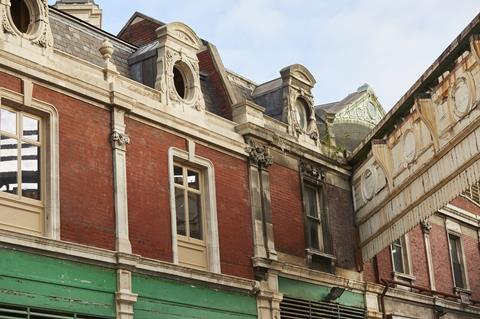 Smithfield: General Market elevation – the section of the façade on the left has been restored by JHA while the section to the right will be restored as part of the next phase

The design and restoration process has uncovered some architectural surprises, including forgotten underground vaults that were part of the former market cold stores. These atmospheric spaces will be used for exhibitions, said museum director Sharon Ament.

The team also discovered Lockhart’s Temperance Cocoa Rooms, an establishment which promoted abstinence during the 19th century. The Cocoa Rooms will be reopened as a cafe with restored original tiles.

Also forming the perimeter of the London Museum is a “museum high street”, a row of terraced houses that will become home to independent shops, cafes and social enterprises.

In a separate development, the operational meat market at the eastern end of Smithfield is due to be relocated by the City Corporation to Essex after nearly 1,000 years.

It appointed Studio Egret West two years ago to reimagine the listed buildings. It is working with heritage architects Donald Insall Associates and This Must Be The Place, specialists in “meanwhile uses”. Hawkins Brown was appointed to design the public realm.