Jenrick rows back on pledge for ‘root and branch’ planning reform

Robert Jenrick has backtracked on the government’s pledge to undertake root and branch reform of planning. The housing secretary told council leaders yesterday that there was “no need to rip up” the system.

Jenrick made the comments in a speech to the Local Government Association in which he also made clear that the government was partially reversing on plans to introduce a new Infrastructure Levy system to replace Section 106 agreements and CIL. 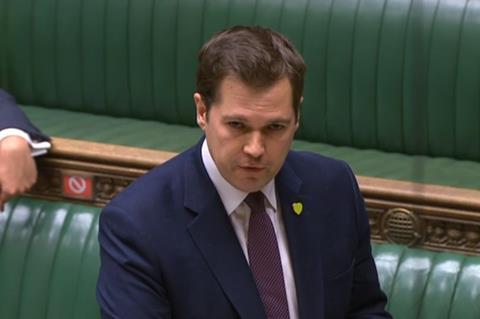 His comments come in the wake of growing political pressure on the government to water down its proposed planning reforms in the wake of the Conservative Party’s shock defeat in the Chesham and Amersham by-election.

Jenrick told the conference that he wanted to see “sensible and pragmatic reforms” to planning, but that “I don’t think we need to rip up the planning system and start again”.

This directly contradicts comments made by the prime minister, in the foreword to last year’s planning white paper. Boris Johnson described the system as “broken”, and said the aim of his reforms was “levelling the foundations and building, from the ground up, a whole new planning system”.

It also contradicts comments made by Jenrick himself last year, when he said the government was intending to “rethink planning from first principles”.

Last August’s planning white paper set out a series of highly contentious reforms, including a zonal approach under which “growth” areas would receive automatic outline planning permission, the introduction of new stripped-back local plans, and the abolition of the section 106 system for securing developer contributions.

Jenrick also revealed that, while the housing ministry intends to push ahead with plans for a new Infrastructure Levy to replace Section 106, the government has abandoned the idea of setting a flat rate for the levy nationally.

Last year the white paper indicated that the government’s preferred option was for the department to set a national flat rate levy, which it said would raise more in developer contributions than the existing Section 106 system, which provides about half of all new affordable homes.

However, yesterday Jenrick said the government was now proposing the rate of the levy will be set locally, with councils having a significant degree of discretion over what the funding is spent on. This follows criticisms from a number of quarters that a flat rate levy would inevitably discourage development in lower value areas and on brownfield sites, while failing to maximise contributions from greenfield development in wealthier areas.

Jenrick said his reforms were designed to replace “complex and quite opaque Section 106 agreements” with “more predictable, transparent levies which will be locally set, locally levied with greater flexibility for you as councils to determine how they are spent”.

Jenrick also confirmed the government intended to respond to the white paper consultation in the autumn, and was planning to bring forward legislation “as soon as we can thereafter”.

The government made its forthcoming planning bill a centrepiece of last month’s Queen’s Speech but has come under increasing fire over the its proposals in the wake of the Chesham and Amersham byelection, with former Conservative leader Lord Hague likening the measures to the Poll Tax reforms which brought down Margaret Thatcher.

Liberal Democrat leader Sir Ed Davey used his own speech to the LGA conference yesterday to hit out at the “ill-thought-through and undemocratic planning reforms” which he said was contributing to a “strong tide of dissatisfaction with this government” across normally Conservative-leaning constituencies in the south of England.

Matthew Spry, senior director at planning consultant Lichfields, said the comments on the levy “confirmed the government has listened” to the responses to the white paper consultation. However, he said the reforms were still “radical” in nature. “It’s welcome he’s gone down the local route, but there are still a lot of questions as to how it will work in practice. If this is executed badly, it has the potential to create real problems.”

>> Julia Park: More trouble ahead for the planning white paper

Regarding the backtracking on end-to-end reform of the planning system, he said it was an “interesting change of tone” but that it remained to be seen “what if anything has changed in the substance of the reforms being proposed”.

Jenrick’s speech did not mention controversial proposals such as binding housing targets and while it implied the government was still intending to bring in a form of “zonal” planning as proposed in the white paper, it was not clear on whether the government still intended to use the zones to confer outline permission for development in growth areas.

Mike Kiely, chair of the Planning Officers’ Society, said the shift on the Infrastructure Levy showed the government was “moving in the right direction”, but that it was still very uncertain what was proposed. He said: “Clearly the reforms are in a state of flux because of the political problems they’re having with their backbenchers. What we saw yesterday was a very different rhetoric to that seen in the white paper.”