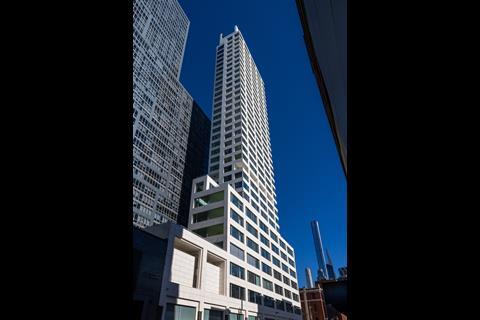 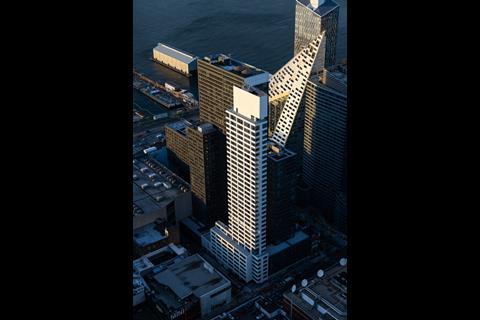 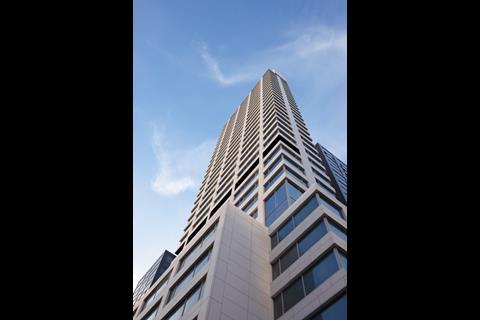 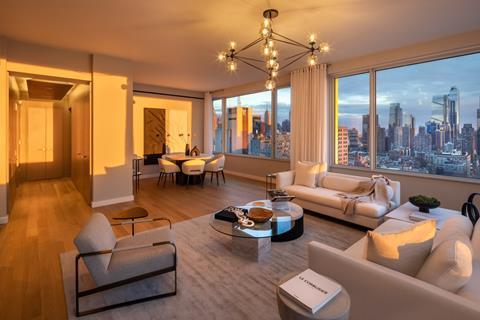 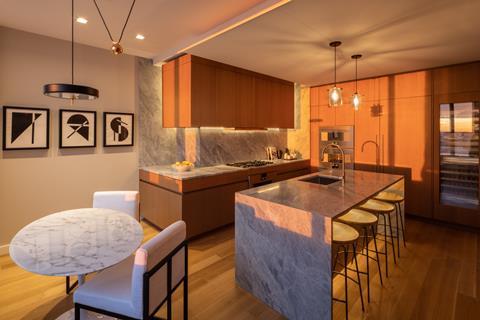 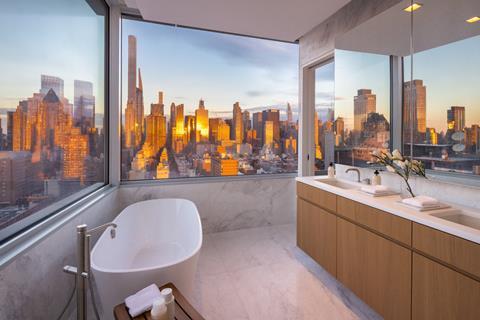 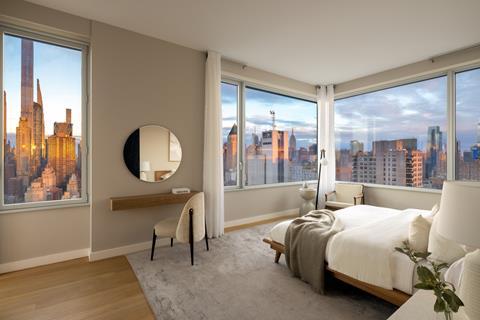 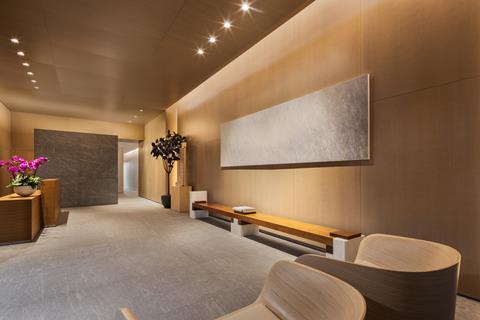 Images of Pritzker prize-winning architect Alvaro Siza’s first building in the USA have been unveiled.

The Portugal-based architect’s 137m residential tower at 611 West 56th Street in Manhattan, New York is described by developers Sumaida & Khurana and real estate firm LENY as a “monolithic tower that makes a striking statement against the skyline”.

Clad in Siza’s trademark Perla Bianca limestone, it is the latest addition to a cluster of schemes in the Hudson West neighbourhood designed by high profile architects, including BIG’s pyramid-shaped Via 57 West.

Residents have started to move into the tower’s 77 homes, which range from one to four-bed apartments to a “grand penthouse”.

The building’s amenities include an outdoor garden mezzanine, a fitness centre complete with yoga studios and steam rooms, a media room with a billiard’s table and a children’s playroom. 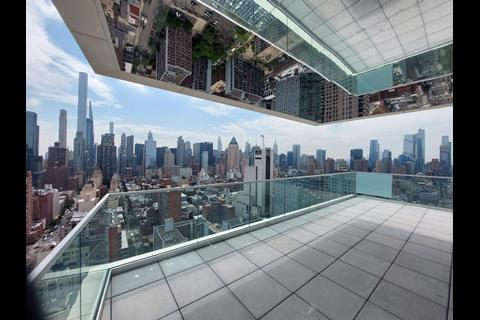 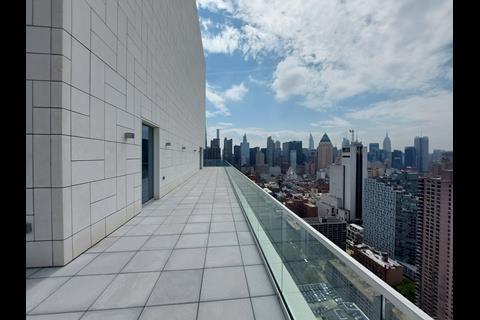 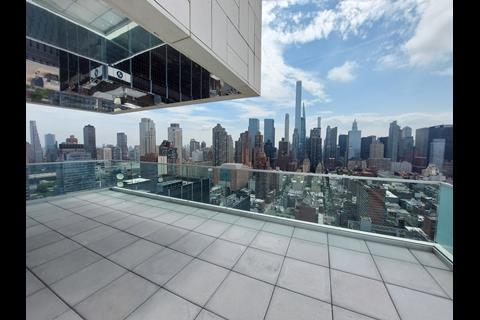 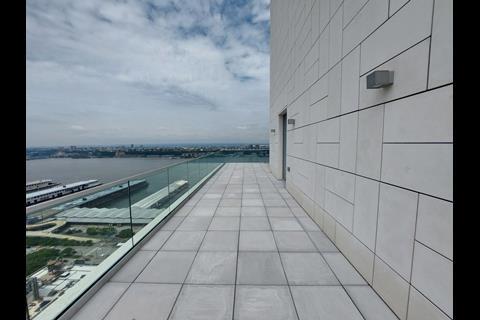 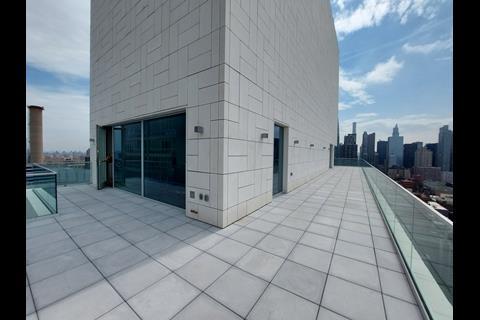 It also boasts a large entertaining lounge with a separate dining room and kitchen, along with parking and additional storage units.

The full-floor home comes with four bedrooms, four and half bathrooms, exclusive elevator access and oversized windows providing views across Manhattan in all four compass directions.

The 88-year-old Siza was awarded the Pritzker prize in 1992 following his renovation project of the Chiado district if Lisbon, which was badly damaged by fire in 1988.