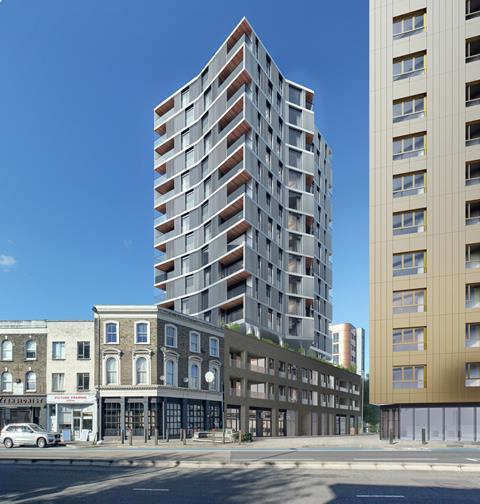 Grid Architects has submitted plans for a mixed-use scheme on the site of a south London brewery.

The scheme, which includes a 16-storey tower, will be built near the River Thames and Battersea Heliport.

The planning application, which has been lodged with Wandsworth council, is for a mixed-use development containing 74 new homes. Just over a third - or 26 - have been designated “affordable”.

Beneath the flats will be 357sq m of commercial office space and 231sq m of creative workspace at ground and basement levels, as well as a communal garden on the third floor. 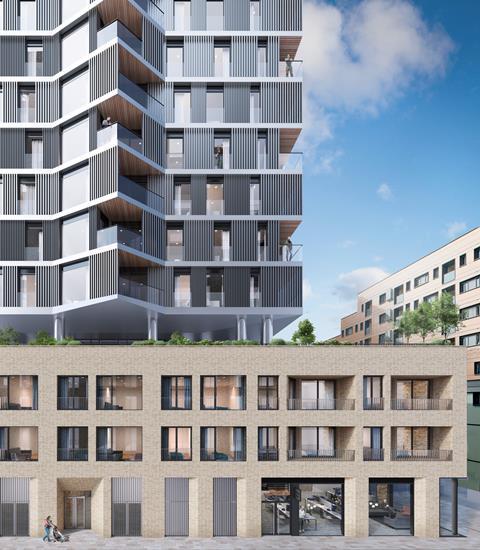 The project, which is being developed by the Cherwell Group, is located on the edge of the Winstanley Estate regeneration scheme.

The site is being vacated by Sambrook’s Brewery which is moving upstream to Wandsworth Town and the site of the old Ram Brewery, itself vacated by Young’s in 2006. Until then it was said to be Britain’s oldest brewing site in continuous operation, with a history dating back to the 1550s.

Sambrooks was founded in 2008 when there were just five brewers in London. Its best-known beer is Wandle, named after the Thames tributary beside which its new home stands. 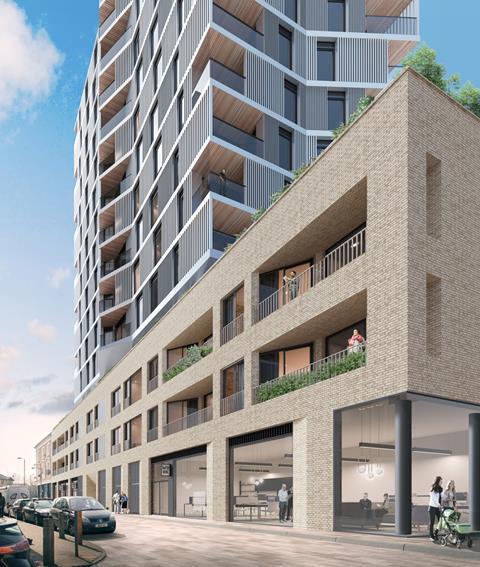