Old Kent Road scheme promises up to 724 homes plus hotel, cinema and shops 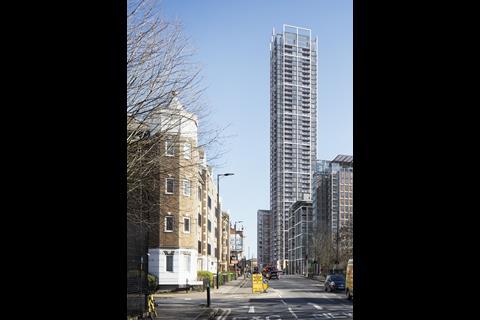 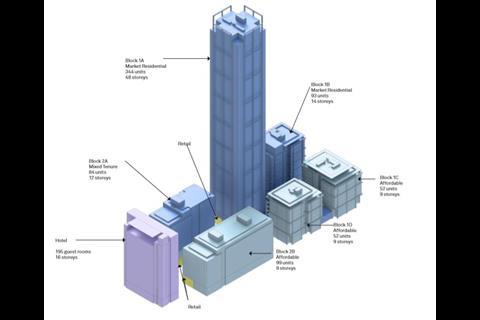 Pilbrow & Partners' just-approved Old Kent Road proposals. Block 2A and 2B are the phase-two elements. 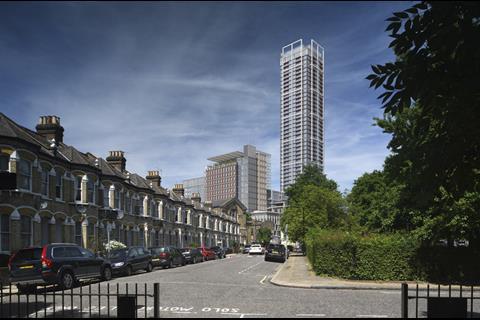 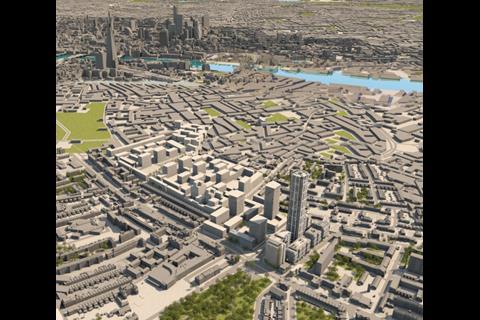 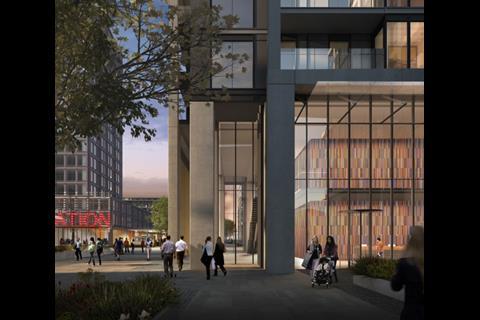 The base of Pilbrow's Old Kent Road tower 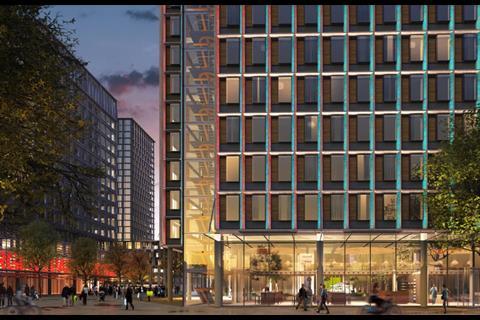 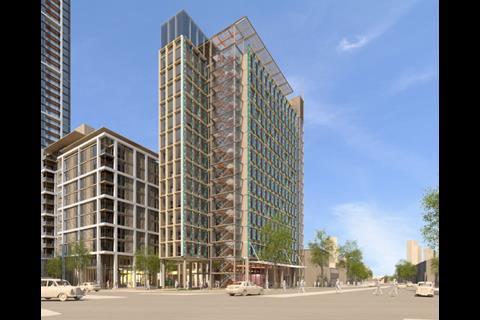 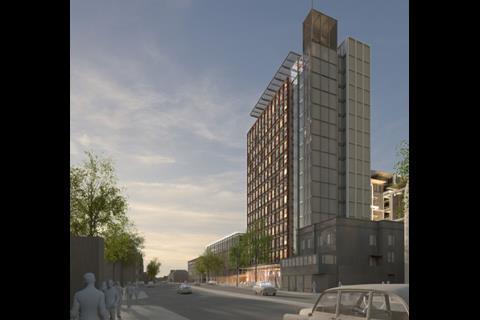 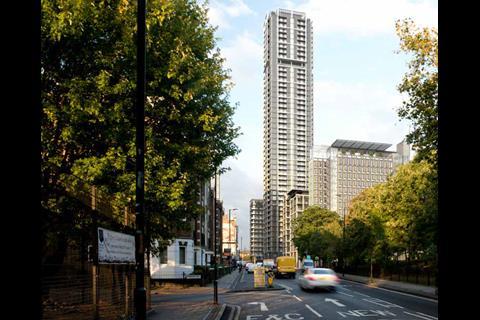 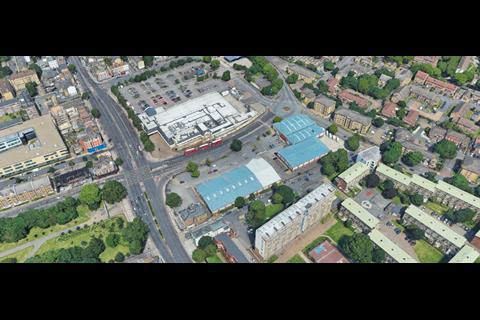 Aerial view of the Southernwood Retail Park in Southwark

Pilbrow & Partners has been given the go-ahead to redevelop a south London retail park with a residential-led scheme featuring a 48-storey landmark tower.

Its proposals for a 1.01ha site off the Old Kent Road in Southwark would see a two large sheds that house branches of DFS, Sports Direct, Argos, and Carpetright replaced with seven new buildings.

They would offer up to 724 new homes, a 195-room hotel, around 2,500sq m of flexible retail, restaurant or professional services space and a three-screen cinema.

Pilbrow’s proposals, created for the administrating authority of Strathclyde Pension Fund, would be delivered in two phases. The architect received detailed consent for the four buildings that make up the first phase of the scheme – including the landmark tower. 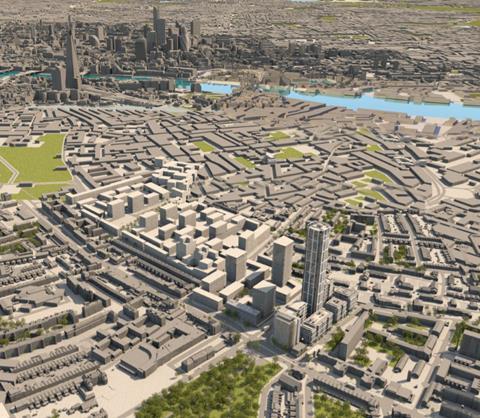 Southwark council’s planning committee also resolved to give outline consent for the scheme’s second phase – a part-9, part-12-storey structure that would house the cinema, just under half of the retail space, 183 homes and a basement-level service area for the hotel.

The site is adjacent to one of the stations for Transport for London’s proposed Bakerloo line extension. While the station itself would be on land currently occupied by a large branch of Tesco, the line’s tunnels would pass under the southern part of the site.

A report to planning committee members said the proposed extension of the London Underground line from its current terminus at Elephant & Castle was the main reason the Pilbrow scheme was divided into two phases. Planning officers said that delaying detailed design for the middle section of the scheme – the blocks that make up phase 2 – would allow internal layout and external appearance of the blocks to be further refined in conjunciton with the masterplanning for the new station. 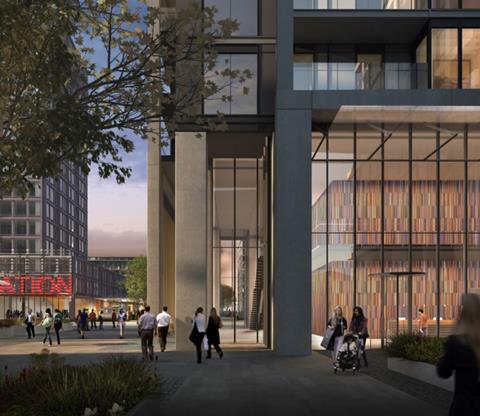 The base of Pilbrow’s Old Kent Road tower

Recommending the scheme for approval, council planning officers said that while the height of the scheme’s two tallest buildings – 48 and 15 storeys – marked “a step change in the scale of the area”, the massing strategy was “broadly in line” with emerging planning policy for the area’s regeneration. The site is around half a mile from the site of a 1,000-home development approved in March that features a 48-storey residential tower by Brisac Gonzalez.

“The tall buildings have been arranged to allow for as much space between them as possible, ensuring that they would not appear to coalesce when viewed from a distance,” officers said.

“This also ensures that good levels of sunlight and daylight would reach the public realm and communal amenity spaces.

“The relative heights and the way in which they would be distributed across the site would result in a well-articulated composition defining the new public realm and serving an important landmark role identifying the proposed Bakerloo line station.” 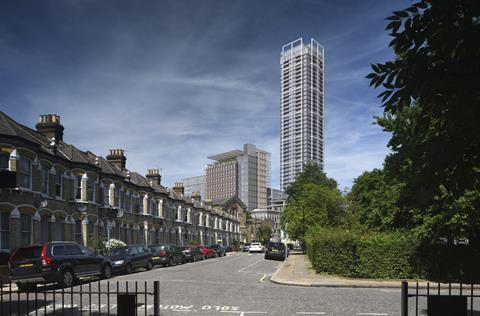 Government heritage advisor Historic England raised concerns about the scheme’s impact on local conservation areas. It said that while the impact on each was considered to be “less than substantial in terms of the government’s National Planning Performance Framework, the cumulative impact was “of concern”.

Planning officers accepted that there were several views that would be harmed by the proposals, but said they did not believe “the degree of harm would warrant refusal” and that the “harm would be outweighed by the other substantial regeneration benefits” of the scheme.

According to Southwark council’s report on the proposals, both phases of the scheme as currently detailed would deliver 35.52% affordable housing, measured by habitable room.

Because of the scale of the proposals, Southwark’s approval needs to be ratified by London mayor Sadiq Khan.

Aerial view of the Southernwood Retail Park in Southwark