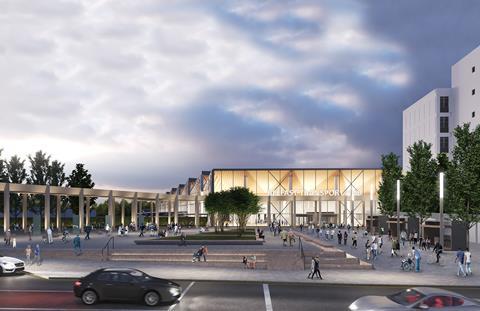 There will also be a new public square and improvements to public realm, roads and infrastructure.

Temporary structures for bus operations during construction and temporary site construction compounds are also part of the project. 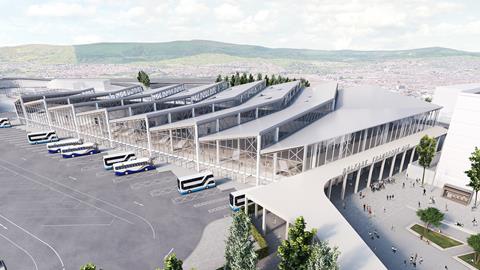 Located on Translink property near the current Europa Bus Centre and Great Victoria Street Stations, the hub will be a key part of a new district which has been branded Weavers Cross.

The project will result in the release of 10 acres of city centre development space which will form part of the wider Weavers Cross redevelopment project. 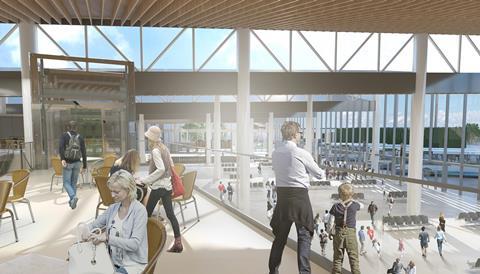 John McAslan and Partners and Arup’s Belfast Transport Hub: inside

“Our proposal improves permeability across the site, integrates the new station with the existing city grain and creates new civic spaces – a high-quality urban realm befitting this progressive and ambitious city.”

It will take about five years to complete.

Translink group chief executive Chris Conway described it as a “further milestone in the transformation of public transport in Northern Ireland.

“It is hugely important as the main transport gateway, with rail, coach and bus connections to all parts of Northern Ireland and beyond,” he added. 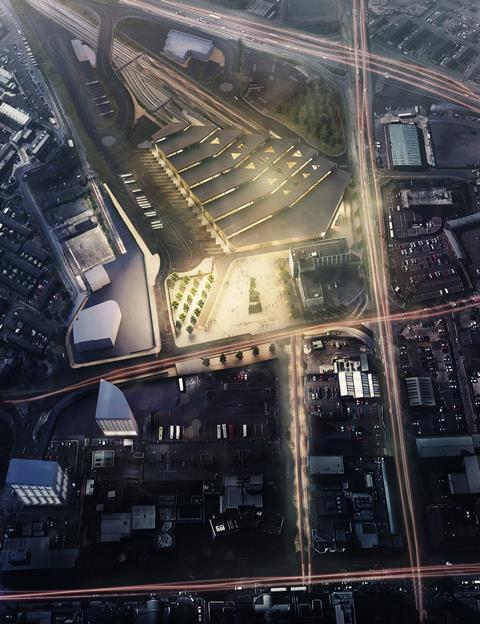