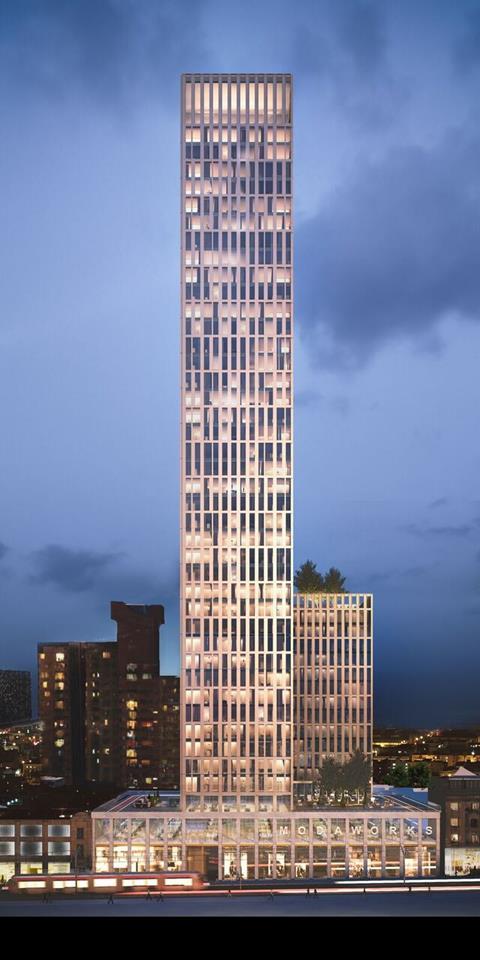 Plans for what would become Birmingham’s tallest residential tower have been submitted to the city’s council.

If approved, the £183m, 42-storey skyscraper, designed by Glenn Howells for Moda Living, will go up at the site of the former Tramps nightclub.

Called 2one2 Broad Street, the development (pictured) will house 481 apartments, ranging from studios to three-bedroomed flats.

Facilities will include 30,000sq ft of dedicated communal space, such as a residents’ lounge, health and wellbeing space, gym and residents’ dining club with demonstration kitchen provided on-site.

An additional 35,000sq ft of mixed commercial, retail and leisure space will be housed in a three-storey podium, which will feature a 200m-long running track on its roof.