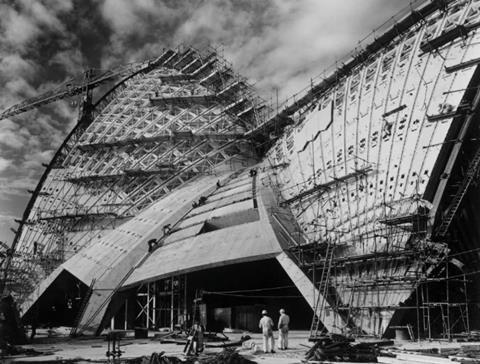 Jack Zunz, the veteran Arup partner who died last week aged 94, nurtured generations of young and innovative engineers as well as producing some of the world’s most iconic structures, according to Norman Foster.

The principal structural designer for the Sydney Opera House (pictured under construction in 1965) as well as the first terminal at Stansted airport, South African-born Zunz joined Ove Arup in 1950, becoming an associate partner in 1961 and senior partner four years later. Later he became chairman of Ove Arup & Partners and co-chairman of the Ove Arup Partnership.

He was knighted in 1989, a year after receiving the Institution of Structural Engineers’ gold medal.

Foster, who worked with him on a number of projects including Stansted, said: “[Zunz was] a rare individual who so expertly combined the essence of engineering and design as a seamless whole. His approach was one of collaboration, but this was balanced with an integrity and commitment that went beyond the normal professional boundaries.

“He had a gift for spotting younger talent and he encouraged and brought forth new generations of influential and innovative engineers, some who have passed away like Peter Rice and Tony Fitzpatrick, others who are among the most creative in their field today.

“I referred to Jack recently as a father figure and one of his protegés, Chris Wise, corrected me and said ‘no, he was more like an uncle – commanding and wise.”