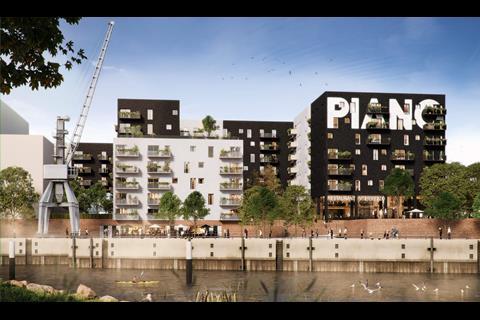 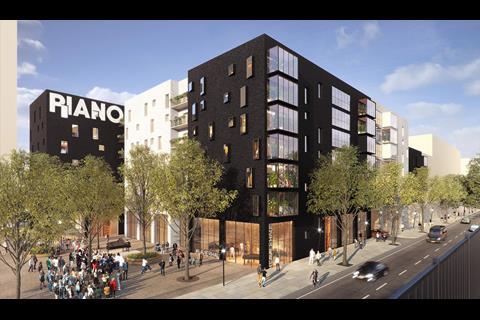 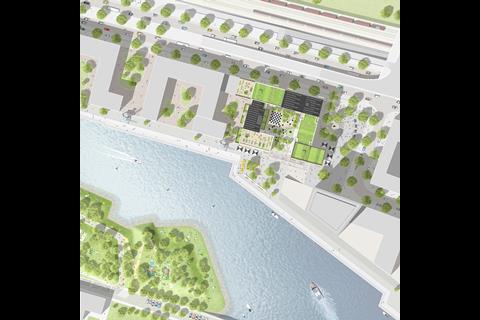 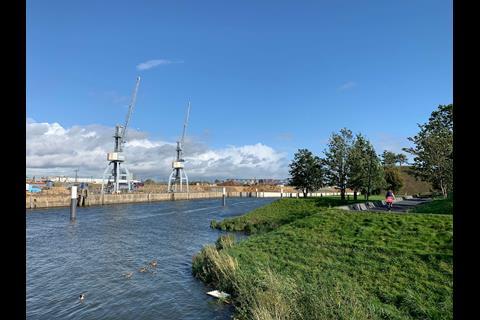 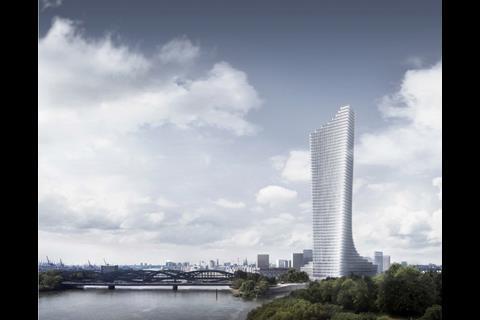 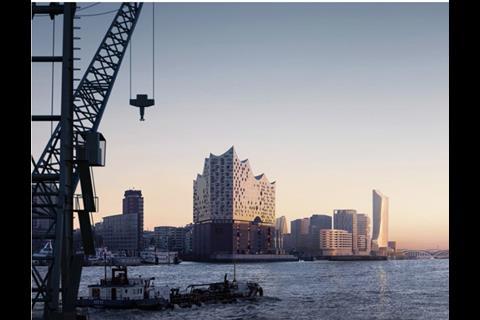 Fletcher Priest has won an international design competition to deliver new housing at a dockyard site in Hamburg.

Its proposals for the HafenCity scheme at the former Baakenhafen dockyard site pay homage to city-based piano maker Steinway & Sons and features 140 apartments, piano workshops and rehearsal spaces, a restaurant and a piano bar.

Named PianoBau, the scheme is earmarked for a waterside plot between Herzog & de Meuron’s Elbphilharmonie and David Chipperfield’s upcoming Elbtower.

The cross-laminated timber-dominated scheme will open on to a new public square and face Baakenpark across the harbour basin. 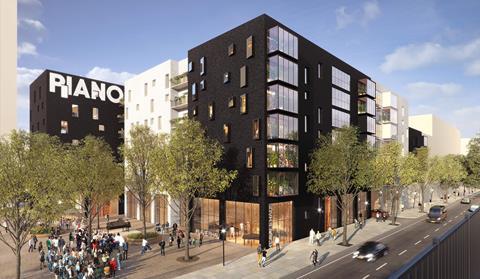 “A half-basement ground floor, known locally as the ‘warftgeschoss’, houses a piano bar that opens on to the waterside promenade,” it said.

“The promenade connects the development directly to the newly opened railway station nearby.”

Fletcher Priest added that as well as being sustainably sourced, PianoBau’s CLT construction allowed for generous floor-to-ceiling heights at the same time as maximising the number of homes and remaining within local height limits. 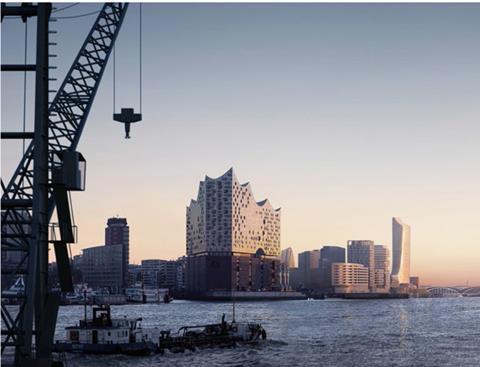