Past Young Architect of the Year winner among those selected 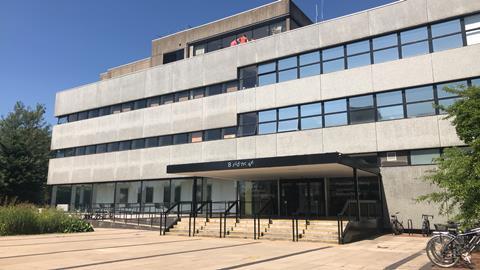 Southampton university has appointed five architects to a £3m framework to support its estates development programme.

All are based outside London. They include Basingstoke-based 2017 YAYA winner Ayre Chamberlain Gaunt and Berman Guedes Stretton of Oxford.

The list is completed by ADP Architecture of Birmingham, Plymouth’s Bailey Partnership and Bristol’s Stride Treglown which is also on the landscape architecture framework.

The tender documents gave a 70% weighting to quality, with 30% for cost. Eight bids were submitted for the architecture framework.

The overall consultants’ framework is worth £35m, with 35 firms appointed in 11 lots covering services from town planning to structural engineering.

The university says consultants will also be involved in maintaining its existing estates, as well as participating in individual construction projects of costs up to £50m – which could include demolition, infrastructure maintenance and new builds.