Feilden Clegg Bradley Studios has won a competition by National Museums Liverpool to draw up a masterplan for the regeneration of its waterfront campus.

The practice saw off 25 other firms which entered, including three who were interviewed by the client – Bjarke Ingels’ BIG, LDA Architects and Mica, the new name for Rick Mather’s practice.

It is working with landscape architect Planit IE, place consultants Fourth Street and Standard Practise, as well as structural and environmental consultant Arup.

The plan will include the incorporation of under-used buildings, changes to museums, including the Museum of Liverpool and the Mersyside Maritime Museum, and a rethink of grade II-listed Canning Graving Docks.

All elements of the masterplan will be agreed with Historic England and Unesco, as the site occupies a central swathe of Liverpool’s World Heritage Site. 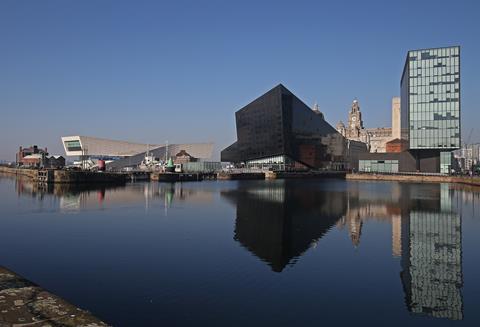 The Museum of Liverpool is located on Merseyside docklands