Michael Gove has told manufacturers of cladding and insulation products that they must come forward with a funding commitment to remediate tower blocks by March or face a ban on selling their products.

In a letter to the Construction Products Association (CPA) made public yesterday, the housing secretary, said: “The total contribution from the cladding and insulation sector must represent a significant portion of the total remediation costs, caused by the dangerous products sold by some of your members.

“I expect a public funding commitment from your sector by early March, which would be made available to the public and to affected leaseholders.” 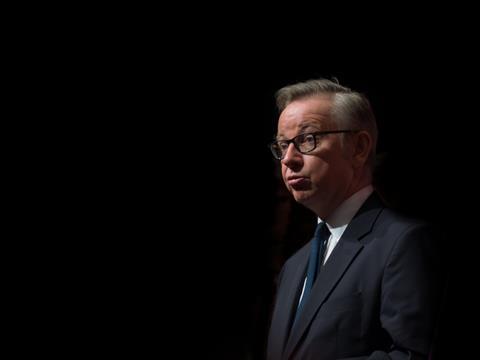 Gove said he would be prepared to pursue “those who are unwilling to do the right thing”, including using the regulatory framework to limit “culpable” companies from selling products in the UK.

The move follows a meeting last Thursday, at which housebuilders told Gove that the wider construction industry – and not just developers – should contribute to the costs of remediation.

Gove had previously said housebuilders should pay into a £4bn fund for works on buildings between 11m and 18m in height, prompting claims from some that it would be unfair on developers to shoulder the costs. The fund was announced to prevent leaseholders from being left to foot the bill.

In his letter to the CPA, Gove said he was now offering a “window of opportunity” for product manufacturers to work with the Department for Levelling Up, Housing and Communities to “agree a settlement that will restore confidence and secure an appropriate contribution from the sector”.

Gove said any deal must include a clear commitment to make financial contributions over several years. He added that it must also include a commitment to provide comprehensive information on all buildings over 11m which have historic fire-safety defects to which these companies have supplied products or services. Gove said he would schedule a meeting with product manufacturers shortly.

He said the estimated cost of remediating blocks between 11m and 18m in height was £4bn while the cost of fixing blocks higher than 18m is £5.1bn.

A cross-party committee of MPs last week announced an inquiry into Gove’s cladding funding plan and to consider what the funding settlement should include.