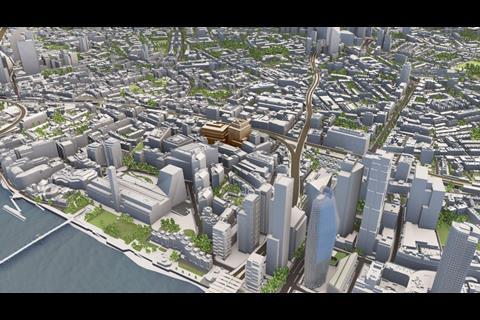 The scheme, marked in brown, sits close to the Tate Modern art gallery 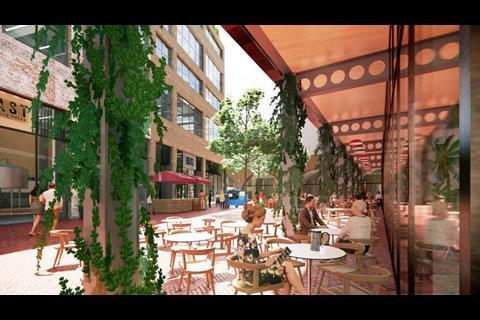 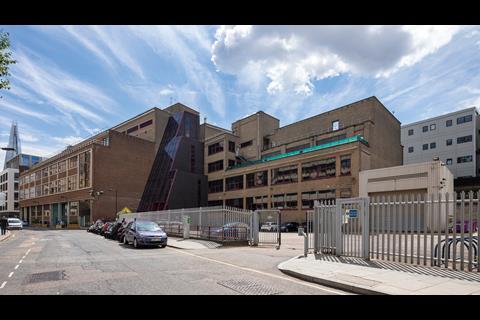 How the site looks now 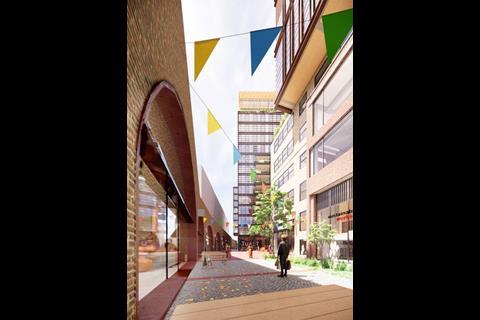 Much of the 1950s printworks will be retained 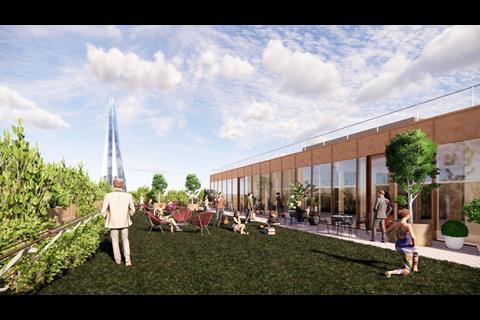 Roof terraces and gardens feature as part of the development 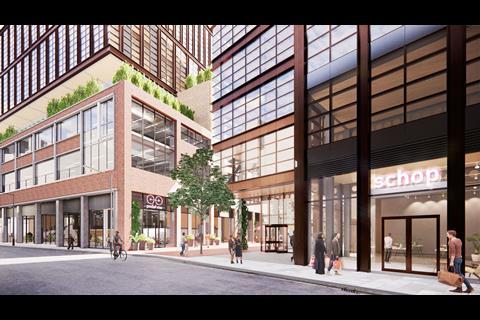 Bennetts Associates has been given the green light by south London planners for a scheme to turn a 1950s printworks into new offices for Landsec.

The £195m project will be built by Laing O’Rourke at 25 Lavington Street in Southwark, close to the Tate Modern.

The Timber Square scheme, which comprises two buildings of 10 and 15 storeys, was sent in for planning in March.

A previous proposal by Allies and Morrison to build a 10-storey commercial building along with three residential blocks of eight, 13 and 21 storeys was ditched after Landsec bought the site from that scheme’s developer Gaterule in 2018.

Timber Square will retain around 90% of the existing building and use a hybrid steel frame and CLT timber structure, which Landsec said will reduce embodied carbon, construction traffic, demolition waste and local air pollution. Low carbon and recycled materials will also be used across the development. All floors will have access to terraces and roof gardens.

Laing O’Rourke said much of the scheme will be manufactured offsite at its Explore factory in the East Midlands.

The existing printworks building dates back to 1959 and was used by magazine publisher IPC which was based in the nearby King’s Reach Tower for nearly three decades before moving to the Blue Fin building in 2007. But the site, designed by Ellis, Clarke & Gallannaugh, has since been turned into office space for the TSB Bank.

No start date has been confirmed for the Timber Square job.