BDP working up designs for next hospital in rebuilding programme

BDP is working up proposals for the new Watford General Hospital, one of 40 planned by the government under its rebuilding programme.

The scheme is one of six hospitals earmarked in the £2.7bn first phase of the government’s health infrastructure plan (HIP1). 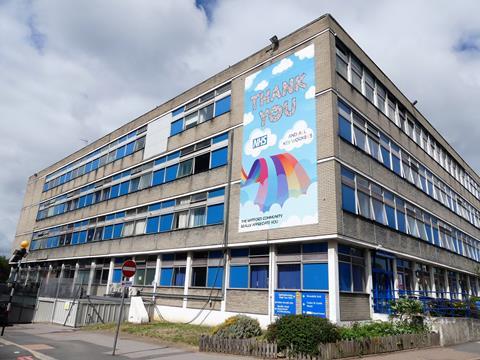 The hospital was extensively rebuilt in the 1960s and 70s.

Client West Hertfordshire Hospitals NHS Trust said the practice is undertaking a public consultation ahead of outline planning going in later this year.

Large parts of the hospital on the town’s Vicarage Road date from the 1960s and 70s.

BDP has already been chosen to work up the initial designs for one of the other HIP1 projects, with the University Hospitals of Leicester NHS choosing the practice to redesign its Leicester Royal Infirmary and Leicester General hospital.

Other architects working on the first wave of jobs include Ryder which is drawing up designs for the new Whipps Cross hospital in London.

BDP is one of several firms on the shortlist for a £600m scheme being planned by the Leeds General Infirmary under the HIP1’s first wave.

The others chasing the deal are CF Moller, HOK, NBBJ and a Penoyre & Prasad and Schmidt Hammer Lassen team.