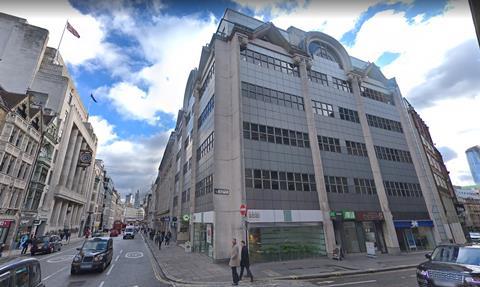 68-71 Fleet Street, on the corner of Whitefriars Street

Six architects are believed to be vying to design a brand new £170m court building on Fleet Street, one of London’s most historic thoroughfares.

The government announced plans for a flagship court for fraud and cybercrime in the summer and began an Ojeu process to procure an architect for the scheme.

Up to six architects have been have been invited to tender for the buildings, pocketing £10,000 each for outline plans. The winner of the £11m contract, along with other consultants, is due to be appointed by January.

The City of London Corporation has now completed the purchase of 68-71 Fleet Street, a 20th-century building with 31,600sq ft on the corner of Whitefriars Street opposite the famous Cheshire Cheese pub, from Royal London Group.

The project has been approved in principle to form part of the Fleet Street Estate site for a proposed new flagship combined courts facility.

The new building will include 18 new courtrooms with legal facilities designed to tackle digital and economic crime. It will also be expected to replace the civil court, the Mayor’s and City of London County Court, and the City of London Magistrates Court

The project, which will also provide office accommodation and retail space alongside a new headquarters for the City of London Police, will also see the demolition of the brutalist Fleetbank House on Salisbury Square just south of Fleet Street.

Catherine McGuinness, policy & resources committee chairman at the City of London Corporation, said: “I’m pleased to see this important project take a major step forward. It will give the Square Mile another world-class court complex, when complete, alongside the Old Bailey, reinforcing London’s position as a world leading centre for legal services.”

Michael Snyder, chairman of the corporation’s capital buildings committee, said: “This is a complex and ambitious piece of work. My committee and I are dedicated to delivering a world-class scheme, that meets the specific operational requirements of this project.

“We are committed to opening up the wider site for redevelopment and delivering a flagship court complex and state of the art City police headquarters.”

Construction of the building is expected to finish in 2025. 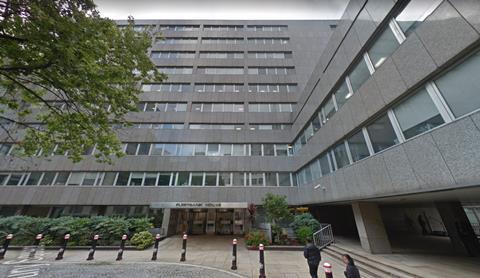