Architects’ plans for estate redevelopment thrown out by minister

Campaign to save flats backed by Eddie Izzard 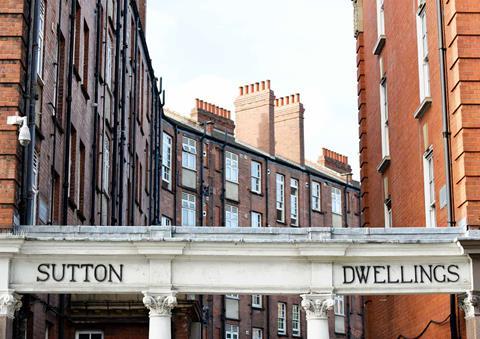 The entrance to the Sutton Estate, Chelsea

Controversial proposals by HLM, Penoyre & Prasad and Sidell Gibson to redevelop a historic estate in central London have been dealt a major blow.

The Housing Secretary has rejected long-running attempts by housing association Affinity Sutton and its parent Clarion to redevelop the William Sutton Estate in Chelsea by replacing all the existing buildings with 343 new homes, 270 of them for social rent. 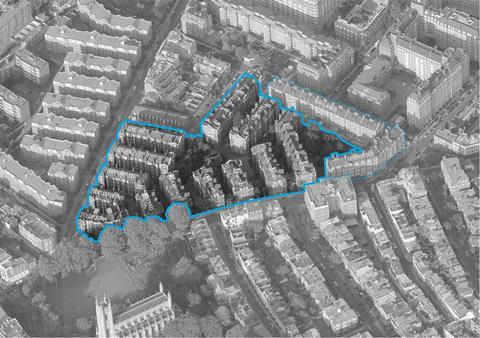 Sutton Estate Chelsea - the existing blocks. The redevelopment involves all the blocks bar L and M, on the right

But he praised the design of the proposals by the three architects. 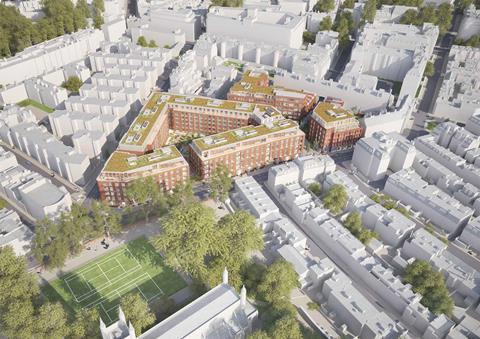 Sutton Estate, Chelsea - aerial image of the proposal by HLM, Penoyre and Prasad and Sidell Gibson

His grounds for rejecting the planning application were largely that it “failed to satisfy the policy aims of no net loss of social housing and maximum reasonable provision”.

However he agreed with Clarion – and the council and mayor of London – that wholesale redevelopment was the only option given the condition of the existing homes.

He also ruled out infill on the grounds it would change the character of the estate almost as much as demolition. This was a proposal put forward by residents to save the buildings. Their campaign was backed by comedian Eddie Izzard.

The estate, between Sloane Square and South Kensington, currently contains 462 affordable rented homes in 15 five-storey blocks. It was built in 1913 for people on low incomes and many of the current residents have lived there for decades.

The bulk of the proposal was designed by HLM, with Penoyre & Prasad and Sidell Gibson responsible for a building each. 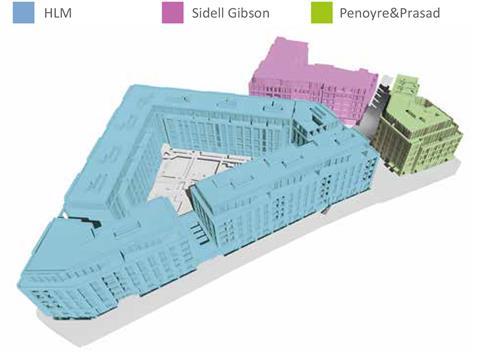 He said: “This judgement marks an important milestone in our efforts to protect London’s estates from regeneration plans that fail to put social housing and the needs of local people first.”

Clarion said it was disappointed and would announce its next steps in the new year.

This could involve a revised version of the scheme that already exists but which the planning inspector and Brokenshire largely ignored because of its timing.

In a statement Clarion said: “We continue to believe that our revised proposal for development would secure the future of social housing in this part of Chelsea. The 270 homes for social rent would make a huge difference to the community, especially as RBKC has completed an average of just 61 homes for social rent across the borough every year since 2014. The objection to our plans on a technicality means the future of the Sutton Estate is now uncertain.” 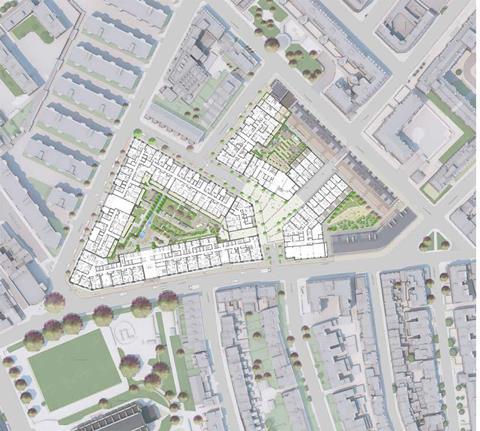 The Chelsea Society, a local amenity group, speculated that Clarion could challenge the decision on a point of law in the High Court, could submit a new planning application, or could abandon their plans.

In a statement it said: “They cannot be compelled to refurbish the existing buildings, though they may decide to do so. As we said at the inquiry: ‘It is quite clear that the current situation on the estate is not satisfactory for anyone, and improvement is urgently necessary.’.”