Nearly 10% of practices do not believe they will survive the fallout of the covid-19 pandemic, according to the latest RIBA Future Trends survey.

The May update has revealed that 73% of architects expected profits to fall over the next 12 months and that of those 8% think their practice is unlikely to remain viable. 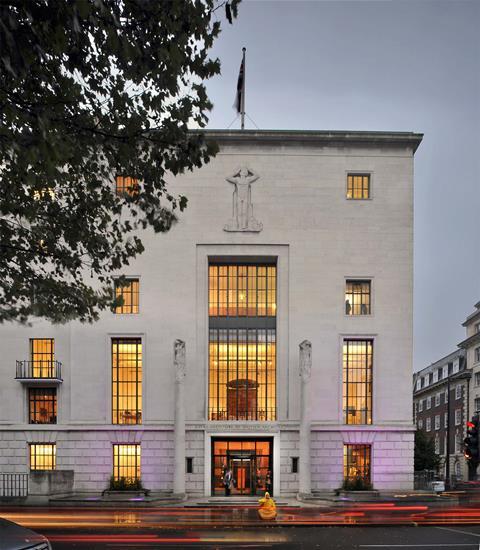 The effect covid-19 will have on future tender prices is still unclear, with 32% of respondents expecting them to increase, 21% anticipating a decrease and 40% saying they don’t know.

Despite all this, there are small signs of optimisim creeping back into the market after the historic low in April. The RIBA Future Trends workload index rose to -49 this month after dropping to -82 in April, although that is still decidedly negative territory.

And while 62% of architects expect their workload to decrease in the next three months, 13% now anticipate an increase, up from just 2% in April.

Adrian Dobson, RIBA’s executive director of professional services, said: “The current pandemic and economic uncertainty are clearly continuing to impact both architects’ current workloads and their confidence about the future, with the majority expecting their workloads to decrease in coming months.

“But while many participants continued to point to the serious recession ahead, some also began to reference glimmers of hope in the form of new enquiries and new commissions.”

The Future Trends staffing index also increased marginally by seven points, with 70% of practices saying they expect the number of permanent staff to remain the same over the next three months. But a quarter expect to lose staff and just 3% expect to recruit.

Last month, the staffing index also saw the largest monthly drop on record from 0 to -30 with 31% of practices saying they expected to employ fewer full-time staff in the next three months. Just over two thirds said they expected staffing levels to stay the same.

>> Last month’s Future Trends report: Architects declare a ‘crisis like no other’ as confidence falls to all-time low

The findings from this month’s survey also show that current workloads remain at significantly reduced levels – down 33% compared to May 2019.

According to the update 22% of architectural staff have been furloughed – an increase of 8% from April, while 1% have been made redundant and 1% have been released from a ”zero hours”, temporary or fixed-term contract.

It also said that 38% of projects had been put on hold since the start of March and that 23% of projects which remain active are at stages 5 or 6 of the RIBA Plan of Work. 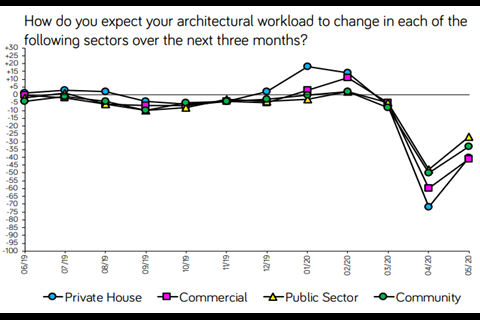 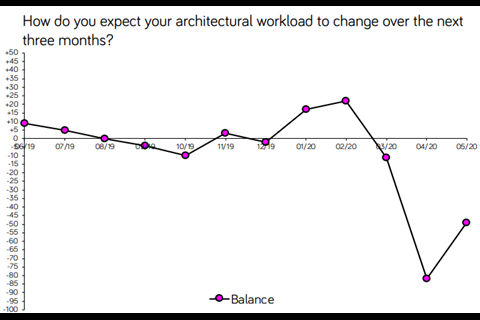 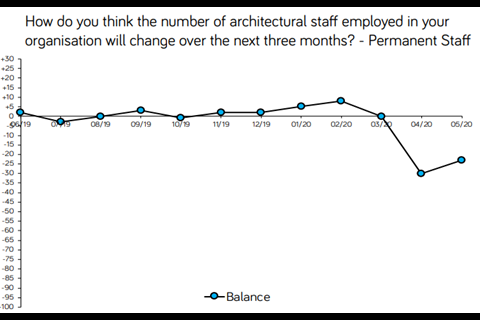 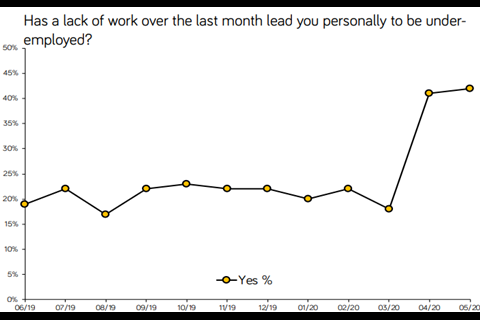