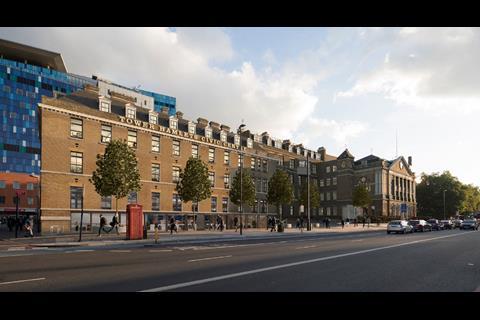 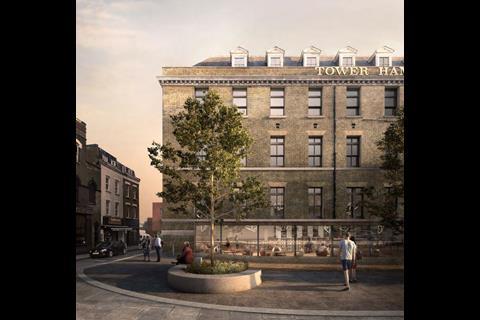 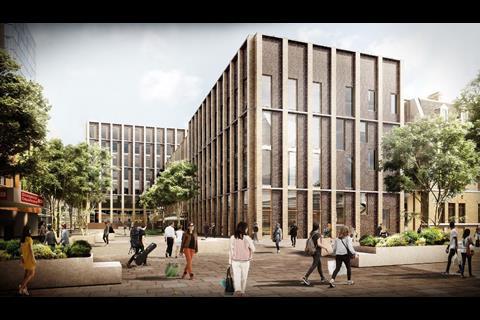 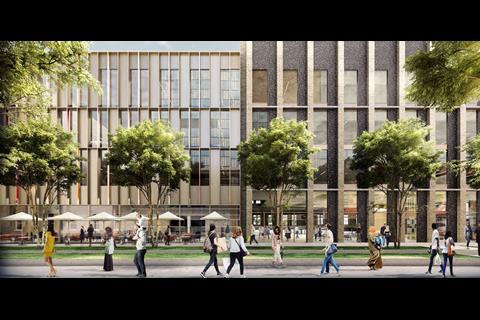 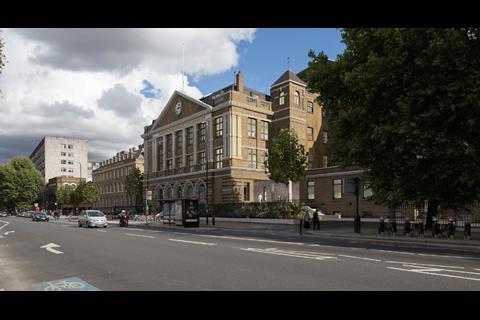 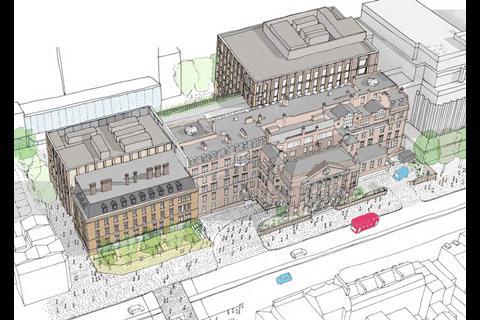 Overview of the new-build and refurbishment elements of AHMM's conversion of the former Royal London Hosptial building into a new civic centre for the London Borough of Tower Hamlets. 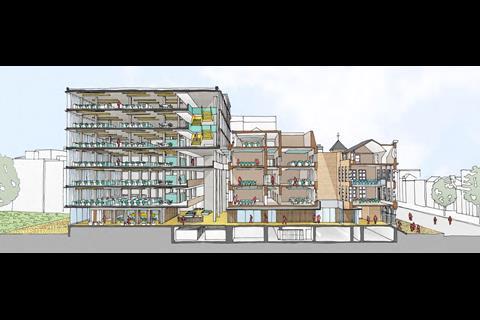 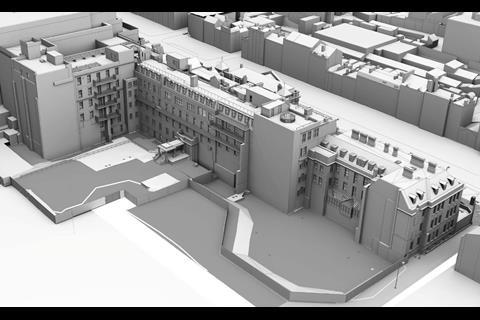 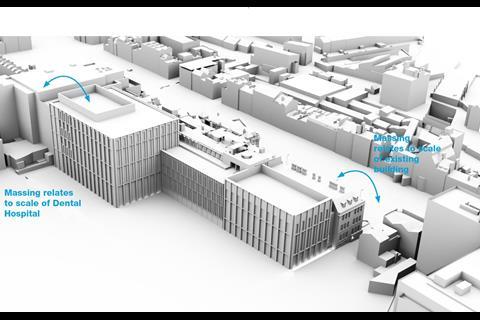 The new-build elements that would form part of AHMM's civic centre proposals. 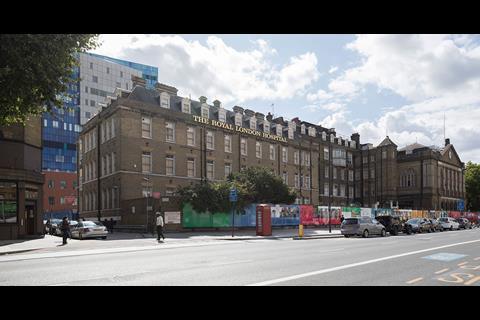 The former Royal London Hospital as it currently looks 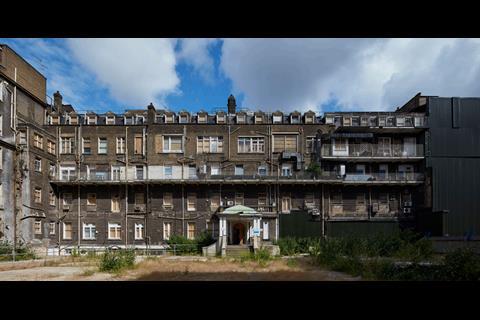 The south elevation of the main Royal London Hospital building, which will be connected to the new-build element of AHMM's scheme by a glazed atrium. 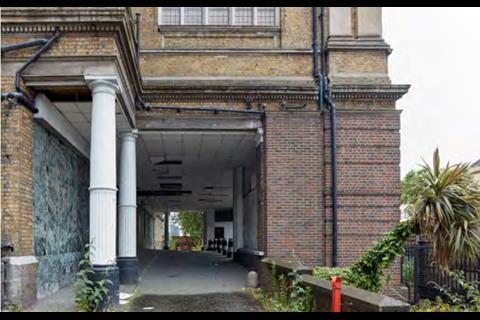 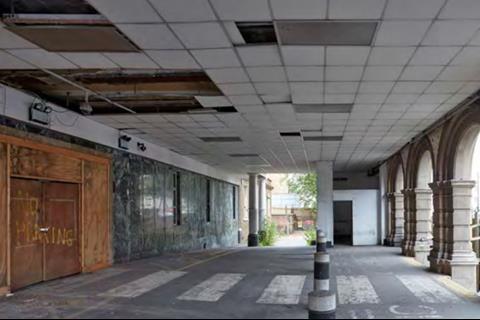 Inside the portico of the former Royal London Hospital in Whitechapel 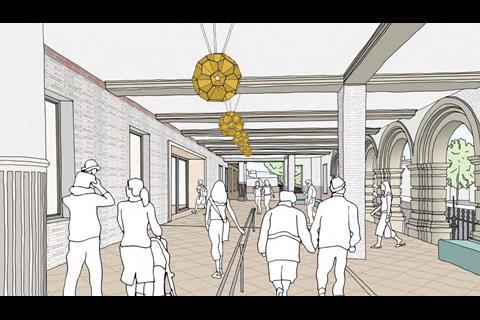 Sketch of AHMM's proposals for an entrance to the new civic centre, utilising the former Royal London Hospital's portico 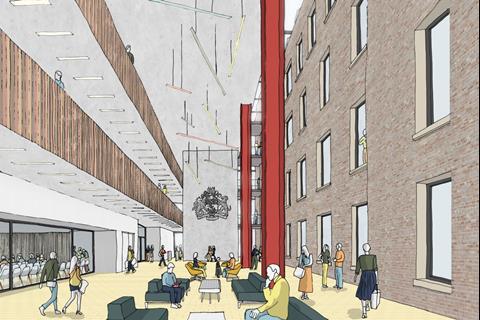 Sketch of the reception area, proposed for the new Tower Hamlets Civic Centre at the site of the former Royal London Hospital 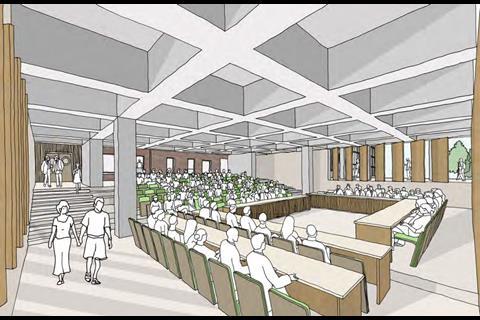 Sketch of the council chamber proposed for the London Borough of Tower Hamlets, designed by AHMM 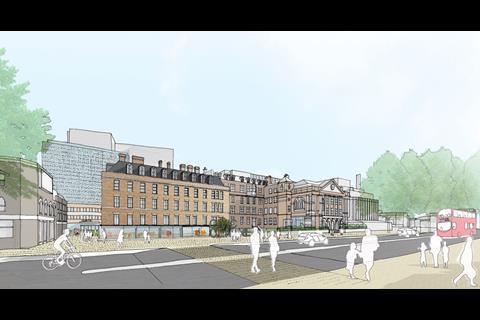 New details have emerged of AHMM’s plans to redevelop a listed former 18th-century hospital as a civic centre for Tower Hamlets council.

The practice was appointed to the £77m job following a design competition that concluded last year and its proposals to refurbish the Whitechapel hospital’s core buildings and add three new modern elements have gone in for planning.

AHMM is now proposing to keep more of the existing grade II-listed hospital structure – parts of which date back to the 1750s – than it had previously envisaged, following advice from government heritage adviser Historic England.

The scheme in for planning would retain and refurbish most of the current building’s northern frontage, following advice from Historic England that earlier plans to demolish the Grocers’ Wing, at its eastern extremity, would represent “serious harm” to the London Hospital Conservation Area. 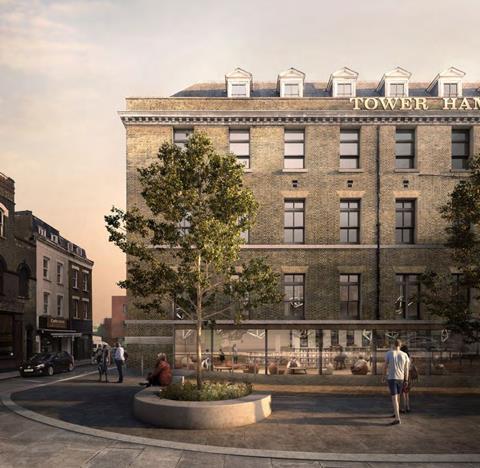 Under the latest proposals, the façade of the Grocers’ Wing would be retained while the entirety of the hospital’s remaining West Wing would be demolished. Behind the retained elements a new four- to seven-storey extension would be built to deliver around 17,000sq m of new space, including staff offices, a council chamber, conference space and customer-facing functions.

At seven storeys, the taller part of the scheme is designed to match the height of the adjacent Royal London Dental Hospital. AHMM’s plans also include the provision of a new public square to the south of the civic centre. 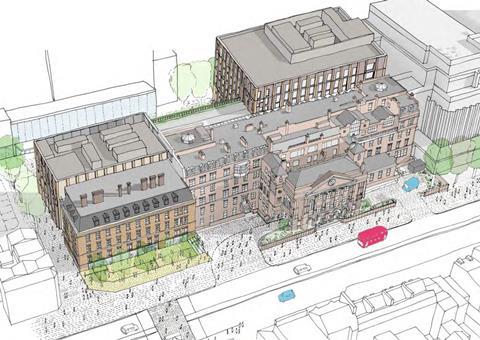 Overview of the new-build and refurbishment elements of AHMM’s conversion of the former Royal London Hosptial building into a new civic centre for the London Borough of Tower Hamlets.

Tower Hamlets leases its current headquarters building at East India Dock, near Alison and Peter Smithson’s Robin Hood Gardens, but the term expires in 2020. It identified the opportunity to relocate – and regenerate part of the borough in the process – when the Royal London Hospital’s managing trust decided to move to new facilities designed by HOK. The new hospital opened in 2012.

AHMM’s proposals would create a glazed atrium to “subtly separate” new office accommodation from the retained buildings, allowing the restored façade to be a design feature that is clearly visible from the open-plan offices.

It said lightweight bridges would link the new office accommodation to the original building, where hospital wards were located. It cited similar design approaches employed by Foster & Partners at the Sackler Gallery and at Stanton Williams’ Bourne Hill Offices. 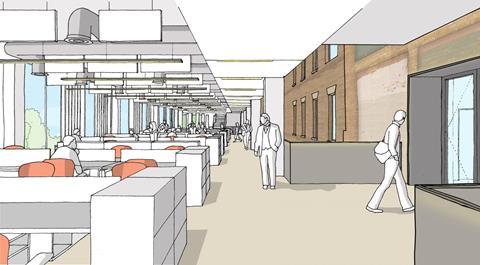 The scheme will also retain internal features including double-height operating theatres and two grand staircases that date to the early 20th century.

A heritage statement drawn up by Richard Griffiths Architects said it was “evident” that the proposed redevelopment would enhance the setting of the conservation area, even if it did not retain all of the current buildings.

“The variety of buildings of all periods and styles that characterises the conservation area will be enhanced by the new building for the new council offices, adding a new architectural layer to the story of continuous change of the hospital site.”

The report added that scheme’s tallest new-build element would be much lower than HOK’s new hospital buildings when seen from the west, while from the east the new-build element behind the Grocers’ Wing would be the same height and therefore not visible at all. 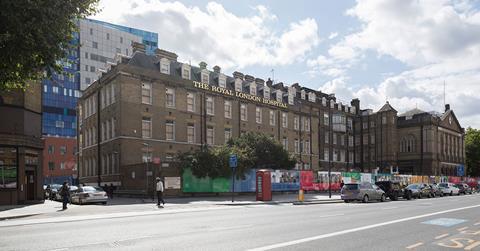 The former Royal London Hospital as it currently looks, with HOK’s towering replacement medical facility to the rear