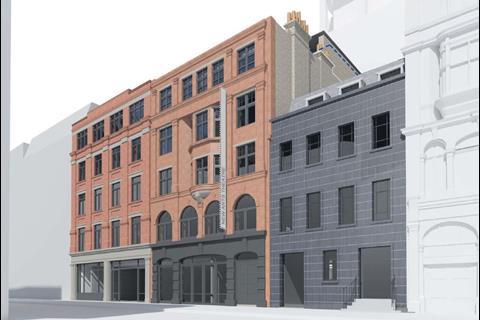 Visualisation of Ian Chalk Architects' proposals for the redevelopment of Covent Garden's Arts Theatre. The blue line indicates the height line of the previously-consented scheme by Sheppard Robson 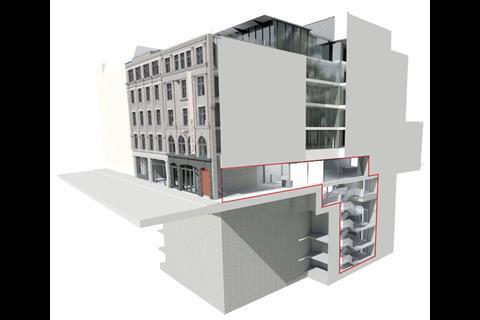 CGI of the Ian Chalk Architects proposals for the Arts Theatre site in Covent Garden, London 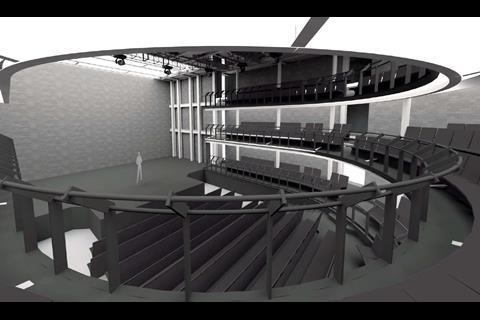 The auditorium of the redeveloped Arts Theatre, under proposals drawn up by Ian Chalk Architects for Consolidated Developments 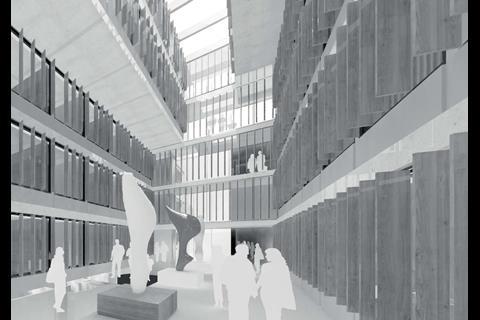 The Sculpture Garden, which forms part of the atrium that is part of the Arts Theatre redevelopment. The atrium shape differs between the consented Sheppard Robson scheme and Ian Chalk Architects' new proposals. 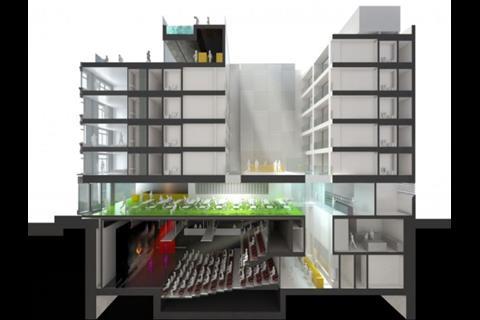 Cross-section of the consented proposals for the Arts Theatre redevelopment, created by Sheppard Robson. Ian Chalk Architects has been instructed to amend the proposals for Consolidated Developments 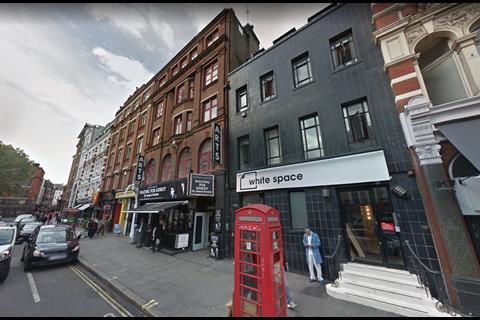 Great Newport Street, with the Arts Theatre as it currently stands, to the left of the telephone box

The firm behind approved proposals to redevelop the site of a London theatre has submitted new plans to intensify the scheme using a different architect.

Sheppard Robson won planning permission to redevelop the site of the Arts Theatre in Covent Garden in 2016, with a scheme that would deliver a 360-seat basement auditorium, a 66-room luxury hotel, and “sculpture gallery” atrium behind retained facades at 6-9 Great Newport Street. The scheme also involves the demolition of a rear extension at 5 Great Newport Street.

Now client Consolidated Developments has instructed Ian Chalk Architects to seek consent for a tweaked version of the scheme that would take the theatre’s capacity above 400 seats and increase the number of hotel rooms to 155 by switching to a less luxurious “pod” model.

The proposals would result in a 1,098sq m increase in floorspace in comparison to the consented project, but an increase in height for the development of just 60cm – necessary for alterations to internal transfer zones and servicing cores as a result of the changes, according to planning documents. 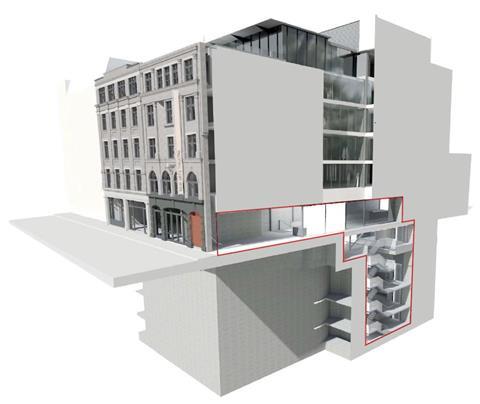 Under the proposals, the theatre would occupy part of the ground floor and four lower levels – some of which would be newly excavated, while the other elements would be spread over the ground level and six upper floors.

In a letter supporting the revised proposals Anna Snow, director at planning consultant Iceni Projects, said the changes to the scheme had been drawn up in conjunction with the Theatres Trust and venue operator PW Productions.

She said the decision to switch from a luxury hotel offer to shorter-duration, lower-cost rooms had been driven by projected demand from operators such as Citizen M and Z Hotels and that the increase in room numbers had not resulted in an increase of floorspace allocated to hotel use.

“These operators target the increasingly popular tourist and business visitor to this location in London who prefer a low-cost room to sleep in for shorter lengths of stay, preferring to use the various facilities and attractions within walking distance,” she said.

“Conversely, the larger, luxury hotel room market tends to target those who stay for longer periods, attract more premium accommodation fees and as such are not so suited to such a central location given the changing nature of the hotel industry.” 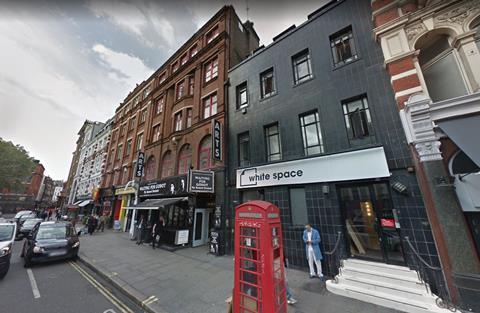 Great Newport Street, with the Arts Theatre as it currently stands, to the left of the telephone box

The design and access statement for the amendments to the scheme said that following consent for the original proposals, planning and delivery of the project was being progressed by Ian Chalk Architects and a new consultant team.

The Arts Theatre is currently previewing the musical All or Nothing, a tribute to legendary mod group the Small Faces.