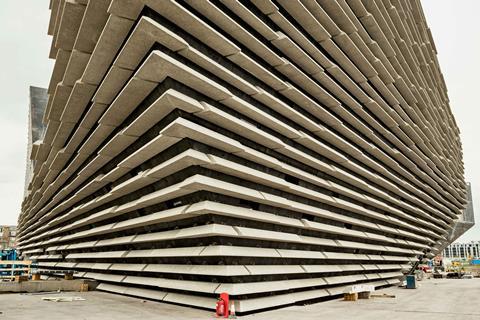 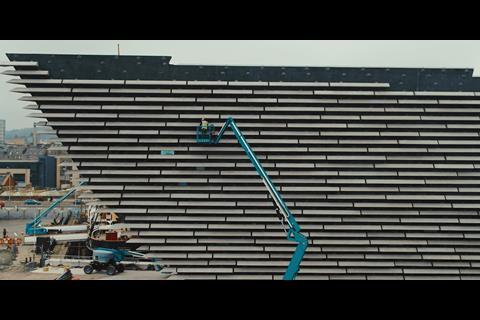 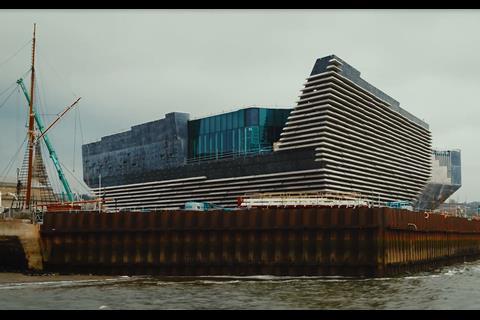 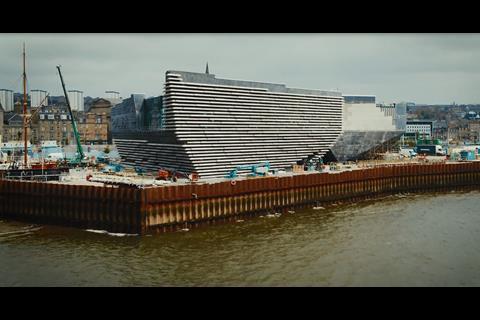 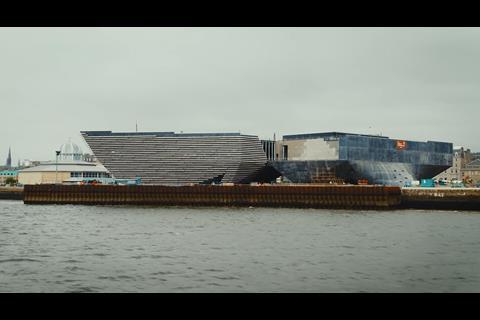 View of Kengo Kuma's V&A Dundee from the River Tay 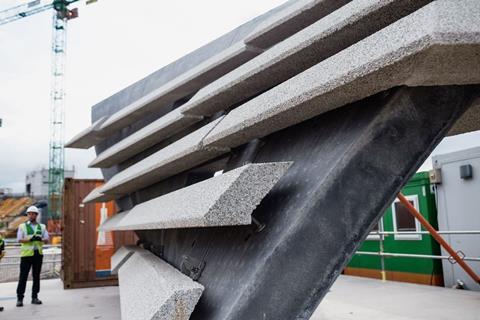 Panels destined for the V&A Dundee 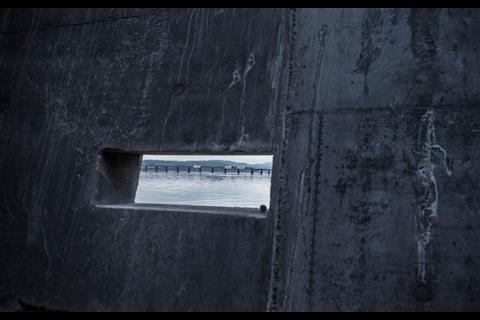 The Tay Bridge, seen through one of V&A Dundee's windows 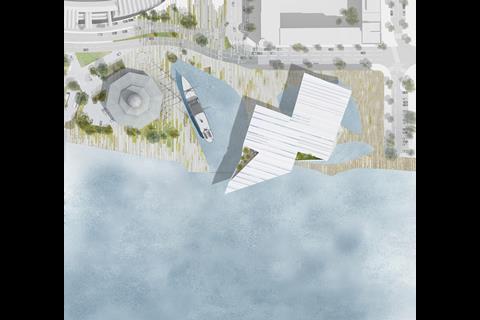 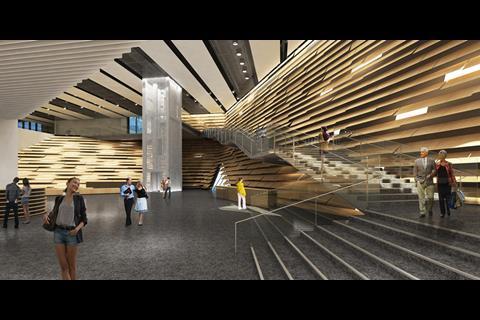 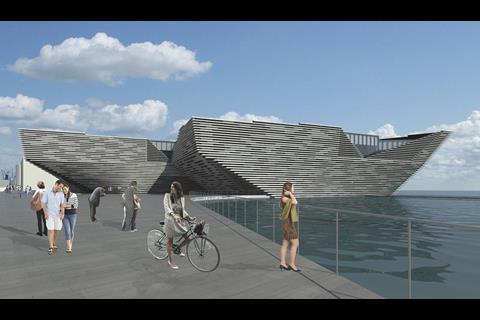 New images of Kengo Kuma’s V&A Dundee show the futuristic £80.11m design museum well on its way to completion ahead of its scheduled opening next year.

The 8,000 sq m building  will boast 1,650 sq m of gallery space and be the Victoria & Albert Museum’s first outpost in Scotland.

Japanese architect Kuma’s first building in Britain, the museum’s exterior is a mix of curves and angles, all of which are being adorned with cast-stone panels that each weigh between 1.5 and 2.5 tonnes.

None of the structure’s external walls is straight, so the V&A said the process of making and installing the roughly 2,500 panels had to be “meticulously planned”.

The museum is on course to come in at nearly twice the £45m project budget envisaged when Kuma won the scheme in late 2010, and three times the originally-anticipated price tag of £27m.

As the project budget began to power past £45m, one unsuccessful firm criticised client Design Dundee – which includes Dundee City Council and the V&A – for picking a design that it knew couldn’t be built for the budget.

V&A Dundee director Philip Long said it was said it was “fantastic” to see the building taking shape and the panels transform the museum’s walls to the form envisaged by Kuma.

“The hard work, skill and dedication of those involved in the build is remarkable and is producing something very special on the banks of the River Tay,” he said.

“As the building enters the final stages of construction, excitement is growing as we look ahead to opening Scotland’s first design museum next year.”

The cliffs of Scotland’s north-eastern coastline are said to have inspired Kuma’s vision for the museum.

Its tallest section is 18.4m high and juts out into the River Tay. Panels were fitted to that riverside wall first, so work can begin on removing the site’s cofferdam.

Each panel is supported by two brackets, which sit in channels cast into the reinforced concrete walls of the museum.

V&A Dundee has yet to specify the month next year when the museum will open.