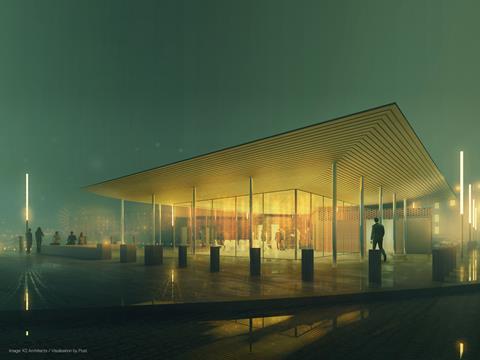 The building will deliver information and events space for the waterfront site, which now houses the Tate Liverpool and Beatles Museum, as well as a range of bars and restaurants.

The new building will include multimedia platforms that interpret the history and heritage of the grade I-listed dock, which dates back to the 1830s.

K2 director Mark Davies said the pavilion would be the first modern structure to be built at the dock “in a long time” and would be testament to the “confidence and forward-thinking approach” of the district’s leadership. 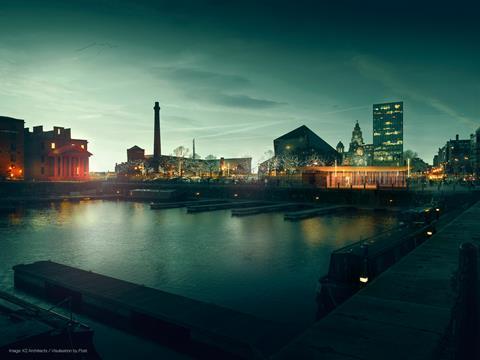 “The Welcome Pavilion underpins a new sense of arrival, and reinterpreting ways in which Albert Dock connects and articulates its unique heritage with future generations of visitors,” he said.

“This is not a ‘shouty’ building. It is deliberately pared down, but the attention is in the detail.”

Paul Grover, associate director at project structural engineer Arup, said the pavilion would be a “key linkage” between the waterfront and Liverpool One shopping centre, which was masterplanned by BDP and includes elements by Allies & Morrison, CZWG, Dixon Jones, Wilkinson Eyre and FAT.

Designed by Jesse Hartley, the Albert Dock was a catalyst for Liverpool’s regeneration in the 1980s. It currently attracts around six million visitors a year.

Albert Dock Liverpool said the new pavilion was “confident in its modernity and respectful against the backdrop of the Albert Dock” in relation to Liverpool’s Unesco World Heritage Site status, which is currently in danger of being revoked because of the impact of high-rise development. 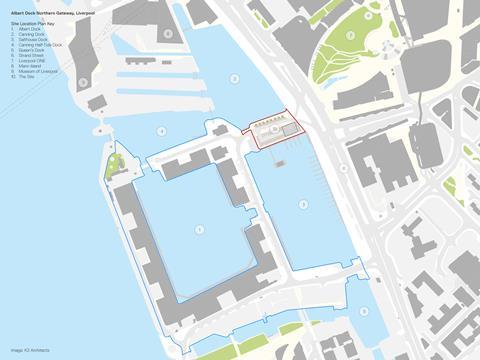