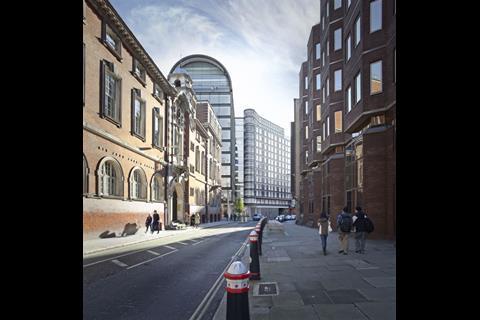 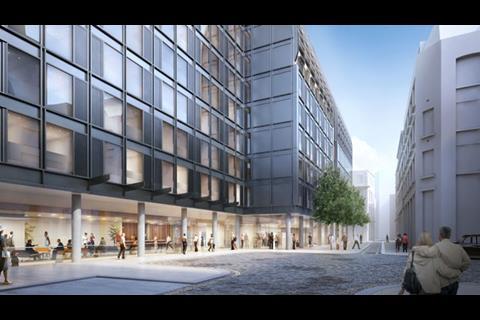 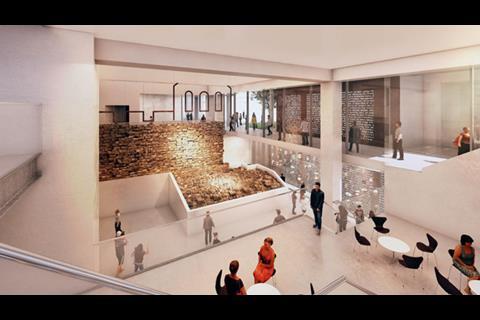 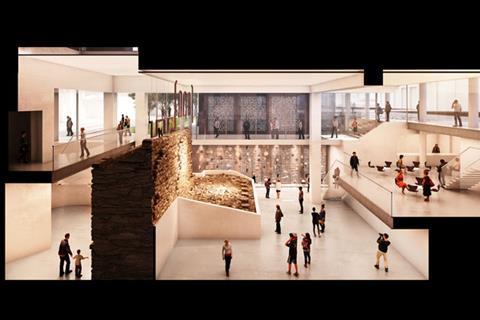 Urbanest project will contain a piece of London’s Roman wall

The Vine Street scheme in the City of London will also contain a piece of the Roman wall preserved in a publicly accessible exhibition space run by the Museum of London.

Urbanest has collaborated with King’s (KCL) on the project which will see the university lease back the flats on a long-term basis.

The scheme will also provide 10,000sq ft of innovation space for the university’s London Entrepreneurship Institute. A further 75,000sq ft of commercial office space alongside it will cater for SMEs.

Built in the late second century, London’s wall was one of the biggest construction projects in Roman Britain, with around 45,000 tonnes of rag-stone from Kent being brought into the City via barge.

New “public” space and café will be created on Jewry Street with an east-west pedestrian route enabling pedestrians to cut through the site and look in on the exhibition.

Jim Greaves, senior partner at Hopkins Architects, said the scheme would replace “undistinguished buildings with a distinctive, durable and contemporary mixed-use building that will provide a new sense of place within this area of the City of London.

“As this scheme is the first of its kind in the City, the design had to deliver in every aspect, marrying together the different use classes and creating a public exhibition space for the Roman Wall.”

It will be Urbanest’s seventh student accommodation block in central London since it was founded in 2008.

It already houses 2,520 students in properties at Hoxton, Tower Bridge, King’s Cross, St Pancras, and Westminster Bridge. A sixth, a 32-storey tower in Vauxhall, is under construction and due to complete next summer.

Chris Hayward, chairman of the City of London’s Planning and Transportation Committee, said the new student accommodation at Vine Street would boost the area’s vitality and relieve pressure on existing student housing stock, while the commercial space would contribute to the Square Mile’s business growth ambitions.

“The Roman Wall exhibition at the development will add further to our historical and cultural attractions following the recent launch of the City’s Culture Mile,” he added.