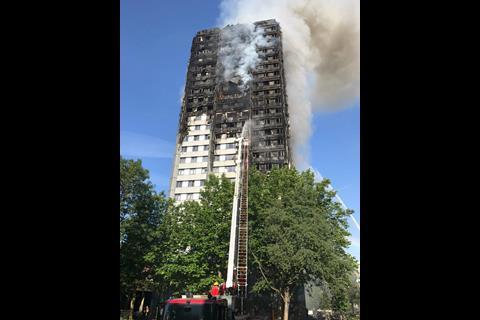 The charred shell of Grenfell Tower in west London 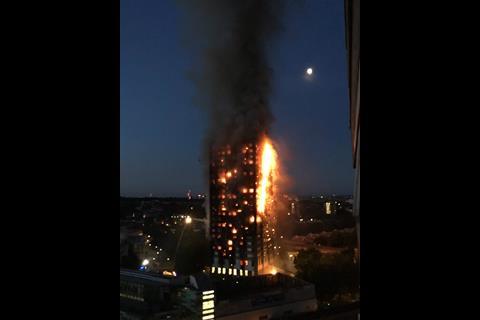 Fire ravages Grenfell Tower in the early hours of June 14 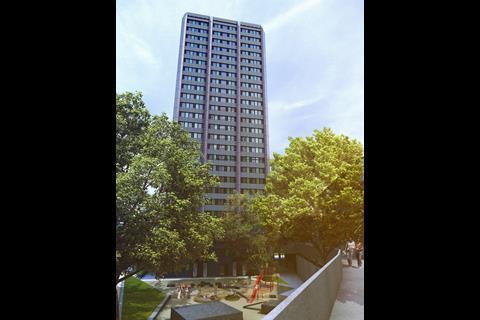 Grenfell Tower in the Royal Borough of Kensington & Chelsea 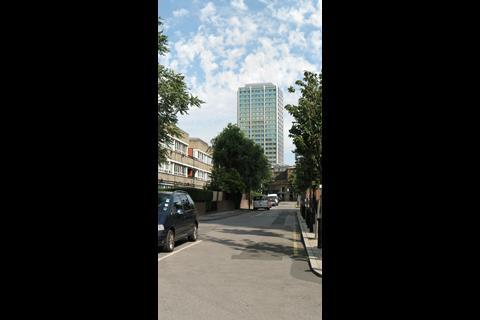 Visualisation of the re-clad Grenfell Tower

A fire-safety expert has said the inferno at west London high-rise Grenfell Tower is a disaster of the magnitude housing associations and councils had been repeatedly warned about, but did too little to prevent.

So far the Metropolitan Police has confirmed six deaths after fire ripped through the 24-storey building in the early hours of this morning, but it expects the toll to rise. A further 20 people are in critical condition at local hospitals, according to the force.

As firefighters continued work to bring the blaze at the 44-year-old tower under control, Passive Fire Protection Forum chair Hannah Mansell said industry professionals had “a right to be very angry” at the scale of the tragedy.

“I regularly sit in meetings with fire safety professionals, and their fury and frustration at the inaction of local councils and social landlords is palpable,” she said.
“We have been warning about the risks of a fire like this for years.”

Mansell, whose organisation brings together a range of trade bodies, safety professionals and Department for Communities and Local Government staff, said a frequent response from public sector landlords had been: “What we need to get people to take notice is a huge fire in a tower block”.

She said Grenfell Tower had delivered that result.

“There is an endemic fire safety problem in this type of housing stock,” she said.

“I have walked around tower blocks documenting and filming the fire safety breaches.

“I’ve seen flats without fire doors, no emergency lighting or signage on fire doors and escape routes, broken fire rated glass, wedged-open fire doors, poor fire stopping around service hatches that breach compartmentation, no smoke seals in fire doors, rubbish and combustible material left in the common areas, and no information displayed on the specific fire plan of the building.

“But that information appears to fall on deaf ears. Action must be taken now to address these issues.”

Mansell concluded that every local authority and housing association now knew what to do.

“Take action today: The next one could be tomorrow,” she said.

Grenfell Tower was recently given an upgrade - originally budgeted at £9.4m - that included external re-cladding, window replacements, and the installation of new ventilation and heating systems, with plans drawn up by London-based practice Studio E Architects.

BD’s sister publication Building said the work was carried out by contractor Rydon.

It could take days, if not weeks, for firm details of what caused the fire to spread so rapidly throughout the whole building to emerge, however the London Fire Brigade confirmed that the structure itself was not in danger of collapse.

Grenfell Tower: What we know

Grenfell tower was constructed in the 1970s. It features four storeys of community and office use at the base of the building with 20 storeys of flats above.

The building features an in-situ concrete core and concrete escape stair and lifts in the centre. The floors are in-situ concrete with the flats arranged around the core. This is a straightforward and standard form of construction that is widely used today.

The building has been upgraded with a new heating and cladding system. The cladding features spandrel panels at cill height with alternating windows and panels above. The windows are a polyester-powder coated aluminium tilt/turn design. The spandrel panels are a rainscreen cassette system fixed to the building. Drawings suggest the cassettes feature a timber coloured backing board with insulation - possibly a foam type material - fixed to this panel. There is a ventilated cavity in front of the insulation which the drawings suggest is approximately 50mm deep.

According to Reynobond’s website the panels are available in two variants, one with a polyethylene core, which is a type of plastic and a version with a fire retardant mineral core said to provide higher resistance to fire.