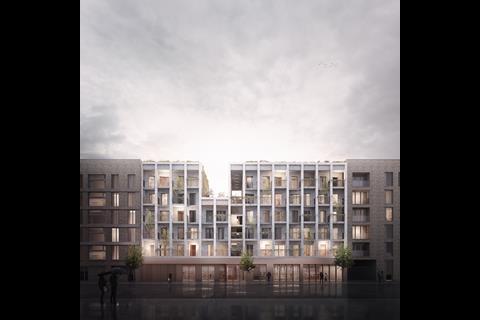 The north-west facade of the Trego Road scheme by pH+ 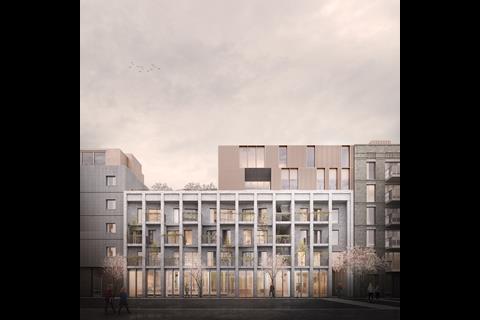 The south-east facade of the Trego Road scheme in east London, by pH+ 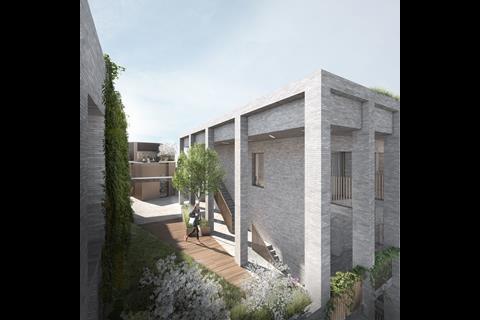 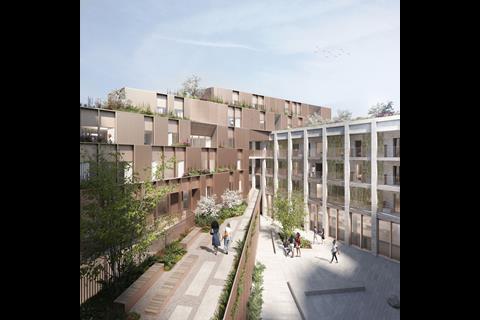 View looking south-east across the shared garden and public garden at the Trego Road development in east London, designed by pH+ 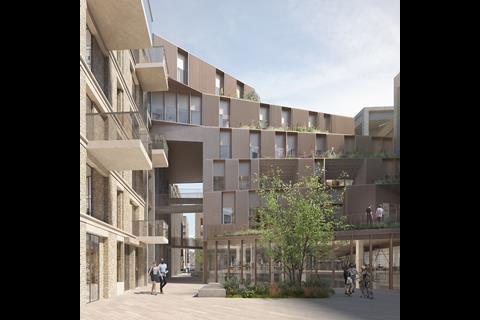 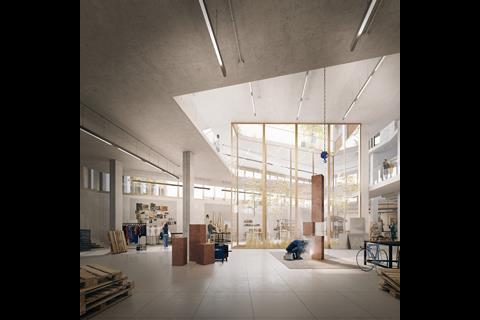 Basement-level view of the Trego Road development by pH+

BD’s Housing Architect of the Year pH+ has been granted planning permission for a 52-home mixed-use development at Hackney Wick, in east London.

The practice said the Trego Road scheme, drawn up for developer City & Suburban, was one of its biggest projects to date and would deliver workspaces and public areas in addition to its new homes.

It features street-facing arrangements of balconies and voids that sit behind a series of columns that the practice said “punctuate the façade of the building creating depth, shadow and movement”.

Internally, pH+ said the project’s central sculptural form was designed to fold across the site and was clad in corrugated bronze metal, referencing the industrial buildings of its surrounding context. 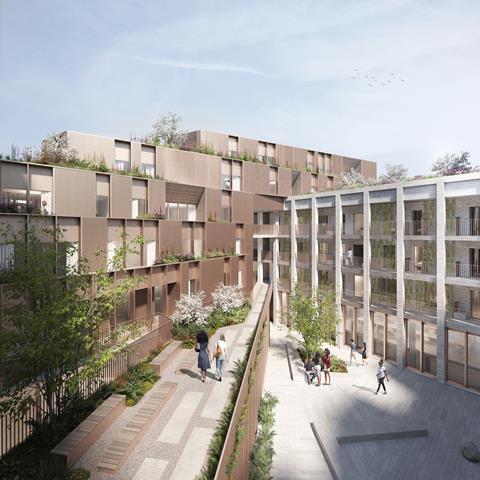 View looking south-east across the shared garden and public garden at the Trego Road development in east London, designed by pH+

The development’s “super basement” levels boast fabrication spaces, while its street-facing ground floor levels have a mixture of office and showroom space.

Practice director Andy Puncher said Trego Road was the second in a series of projects in the neighbourhood that pH+ had been working on that sought to explore how “stronger and richer” communities could be created by intensifying, concentrating and densifying a development’s range of uses.

“Its scale and position within a larger masterplan has facilitated greater explorations of boundaries between public and private space and residential and commercial uses which we look forward to developing in greater detail as the project moves to the site stages at the end of the year,” he said.

The practice was last month named BD’s Housing Architect of the Year. 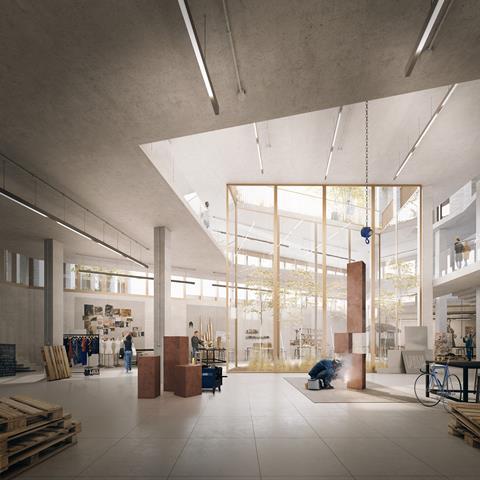 Basement-level view of the Trego Road development by pH+