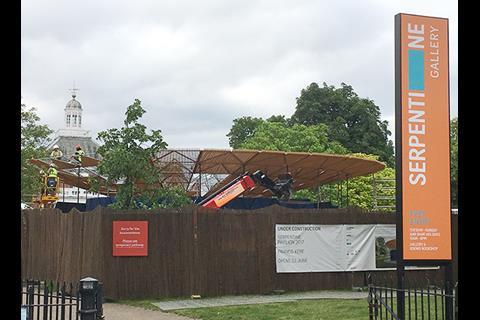 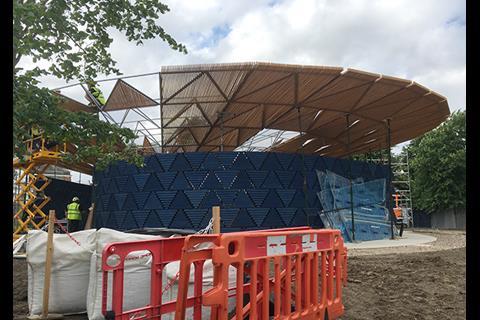 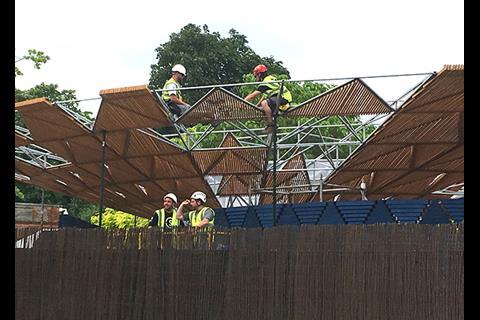 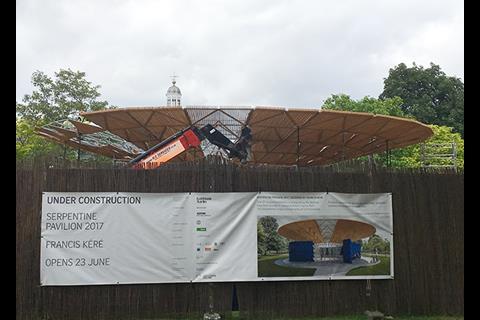 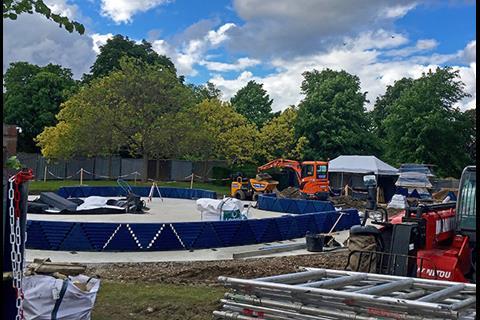 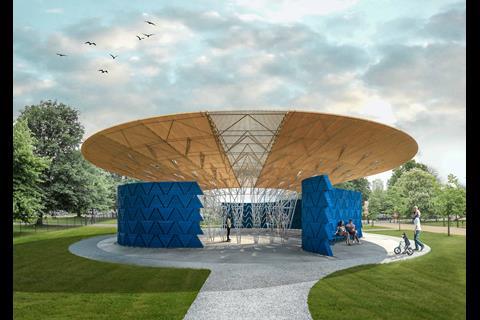 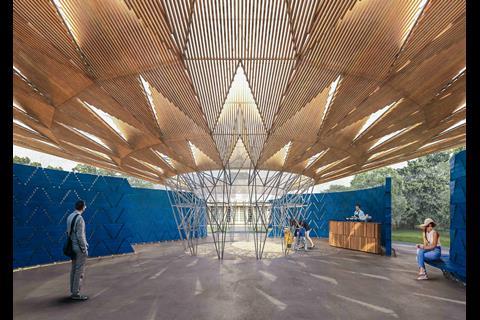 Interior of the 2017 Serpentine Pavilion, designed by Francis Kéré

Exclusive images of the 2017 pavilion

Our exclusive images show contractors putting the final pieces in place ahead of the official opening next week.

Diébédo Francis Kéré, who was born in Burkina Faso and is principal of Berlin-based Kéré Architecture, was commissioned to design the 18th pavilion by a panel including fellow architects Richard Rogers and David Adjaye. It is the first not to be overseen by programme founder Julia Peyton-Jones, who stepped down as gallery director in 2016.

His design features an expansive wooden roof supported by a central steel framework with wood walls. Its aim is to offer shade on sunny days as well as protection from the rain.

The Serpentine Galllery said the structure’s oculus would funnel rainwater from the roof to create a “spectacular” waterfall effect. The water will then be collected to irrigate the surrounding park.

It will be open to the public from June 23 to October 8.