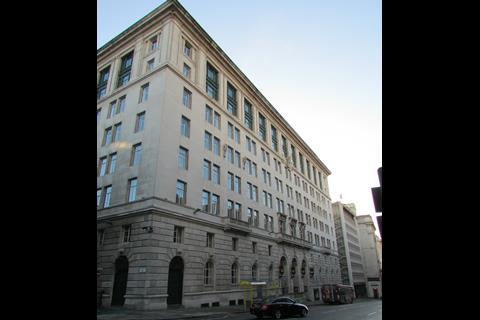 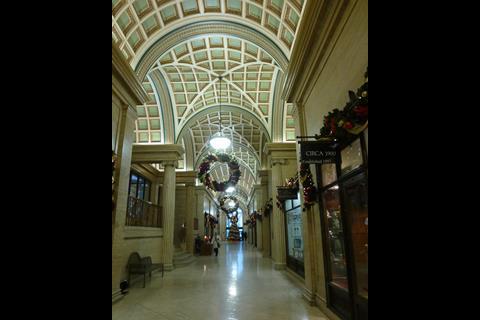 The arcade running through the India Buildings in Liverpool 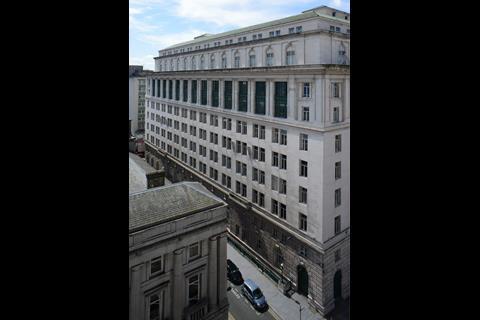 Plans to alter a grade II* listed building in Liverpool to turn it into a new regional hub for the tax man have prompted anger from conservationists.

The Twentieth Century Society said proposals to alter the India Buildings for HM Revenue and Customs, would see the closure of a publicly accessible shopping arcade and a number of other “harmful” interventions.

Architect Falconer Chester Hall drew up the scheme for the building – designed by Herbert J Rowse, and completed in 1932 – for the structure’s owner, which is hoping to secure HMRC as a long-term tenant, as part of its office-consolidation strategy of creating 13 regional hubs.

According to the C20 Society, the plans for the Water Street building – which is barely 100m from the city’s historic Pier Head – include gating shut the grand arcade, replacing almost all of the building’s 1940s metal windows and stripping the building’s upper floors to create open-plan offices.

Conservation adviser Tess Pinto said the India Buildings was undoubtedly one of Britain’s finest inter-war buildings and the shopping arcade was its centrepiece.

“Although it is not technically a right of way, the arcade has always been open for the public to enjoy and was designed for that purpose,” she said.

“It is a great shame that a government body will be curtailing public access to this stunning space, as well as destroying a lot of the surviving fabric on the upper floors.

“If HMRC is unwilling to compromise on its preference for open plan offices or to consider other alternatives in achieving its required level of security, we query why it has chosen to consolidate in a grade II* listed building which is renowned for its public arcade and the outstanding survival of original fittings throughout.”

HMRC is committed to opening a regional centre in Liverpool but a spokesman told BD the agency had not yet signed a lease for premises.

“At the moment, leases have been signed for the regional centres in Bristol and Croydon,” he added. The building in Croydon is called One Ruskin Square and was completed by Shedkm at the end of last year.

HMRC wants to open 13 new regional centres as part of a modernisation plan which will see 137 tax offices closed by 2027. The new centres will each be able to hold between 1,200 and 6,000 staff.