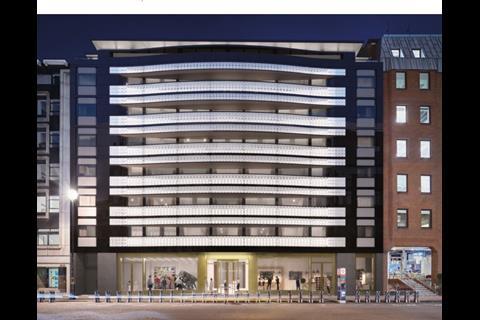 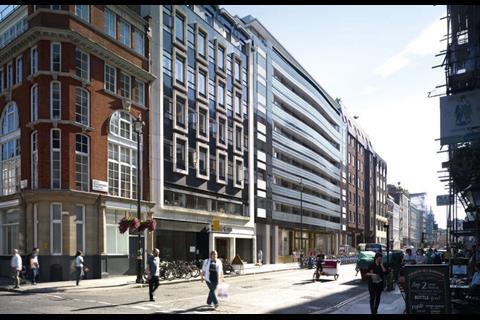 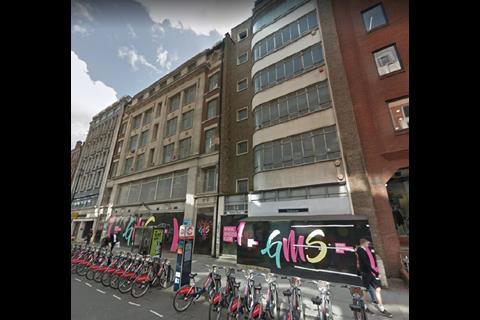 The scheme, drawn up for developer Quadrum, would see the demolition of 54-57 Great Marlborough Street for replacement with a new seven-storey building, delivering 118 guest rooms, a restaurant and ground-floor and basement retail space.

Parry’s plans follow a 2012 approval for the office-led redevelopment of the site, immediately south of Oxford Street, as part of a scheme that would also have included land accessed from neighbouring Poland Street.

According to documents submitted as part of the planning application, 54 Great Marlborough Street – which is named Europa House – was built in 1953 to a pre-war design by Ronald Ward, while 55-57 Great Marlborough Street – Fenton House – was designed by Malcolm Watts and constructed in 1927. Both are unlisted but described as “buildings of merit” as part of the Soho Conservation Area. 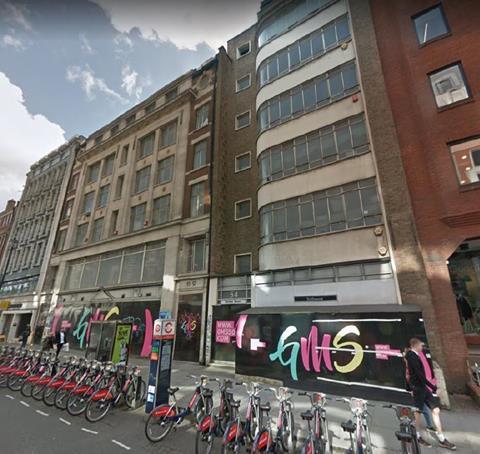 Recommending the Parry proposals for approval, Westminster planning officers said that while the proposals would result in the loss of 2,392sq m of office space, the new building would almost double the amount of commercial floorspace, and contribute to London’s target of delivering 2,000 additional hotel rooms by 2036.

They also applauded Parry’s design as being of “very high architectural quality” with an inventive and highly crafted façade, clad in vitreous enamel panels, cast glass lenses and with clear glass windows.

“It is clearly a modern building but it makes reference to other West End buildings from the early part of the twentieth century, such as two by Joseph Emberton - namely Simpsons, 203-206 Piccadilly (with Felix Samuely) and the former HMV record store, 363 Oxford Street,” they said.

“The proposed building, like the approved one, is of outstanding and exemplary design quality and will relate sensitively to its conservation area context.

Balancing up the relative contributions of the existing and proposed buildings, it is considered that the proposed redevelopment will result in enhancement of the conservation area.”

The report did not indicate a likely operator for the hotel, but suggested it would be a four-star establishment. 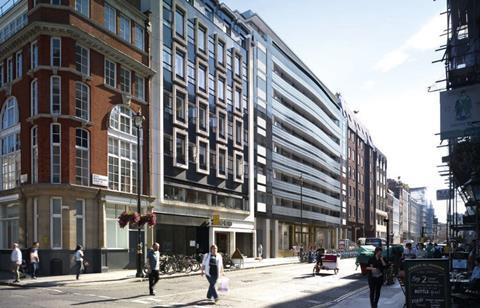