Alison Brooks Architects has missed out on the Mies van der Rohe award after being pipped by Dutch practices NL architects and XVW architectuur.

The pair won with their renovation of a dilapidated 1960s apartment block (pictured) on the edge of Amsterdam. The 500 flats scheme is called Kleiburg and it is the first time the award has gone to a renovation project.

Alison Brooks was one of five firm to make the final cut with its Ely Court housing scheme which has been completed as part of the first phase of London’s South Kilburn Estate Regeneration masterplan.

A total of 18 UK projects were included in the long list of 355 from across the EU.

The winners will be presented with their awards at the Mies van der Rohe Pavilion in Barcelona at the end of next week.

Brussels practice MSA/V+ won the emerging architect award for a housing scheme on the edge of the Belgian capital.

Zaha Hadid, Wilkinson Eyre, FAT and Caruso St John were among the 18 UK practices competing for the EU award. 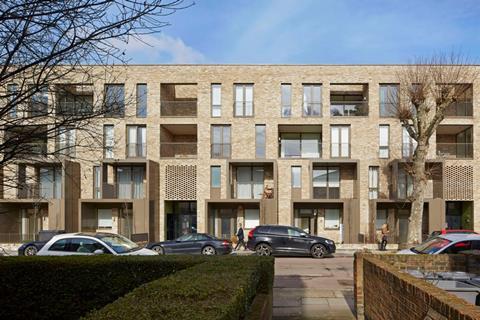 The 43-home Ely Court scheme was completed in 2015