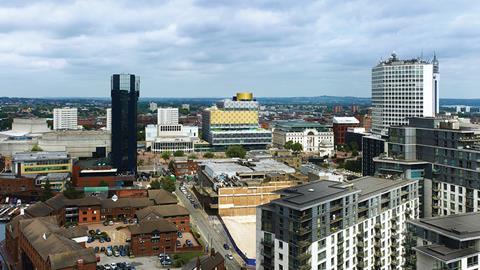 Conservation specialist Donald Insall Associates has opened a new studio in Birmingham – which is its seventh UK office.

The move follows the practice’s amalgamation with Christopher Thomas Architects, which had been based in Smethwick, earlier this year.

Thomas is a consultant at the new studio in Edgbaston, working with senior architect Matthew Vaughan.

Vaughan said he believed that after the “conservation battleground” that had been the mid-20th Century rebirth of Birmingham, the city was going through a phase in which its built heritage was being better recognised.

“At the same time that Donald Insall was instigating the creation of the first conservation programme in Chester, Birmingham was planning the demolition of its Victorian library to build a brutalist replacement, itself demolished in 2016 to make way for the Paradise development,” he said.

“This polarisation is now a thing of the past and the city’s history demands sensitive interpretation, with a curiosity and positivity towards its less obviously significant historic fabric – whether early industrial structures or modern buildings and public art – as well as care for its obvious landmark buildings such as St Chad’s and St Philip’s cathedrals.”

In addition to its UK operations Donald Insall also has a base serving Trinidad and Tobago.