Football may not be coming home but in Bristol, Darth Vader is 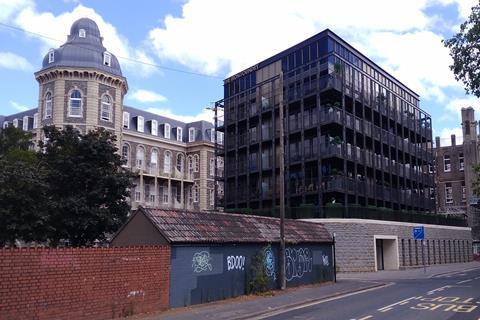 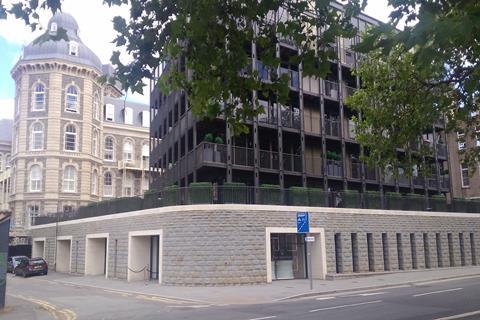 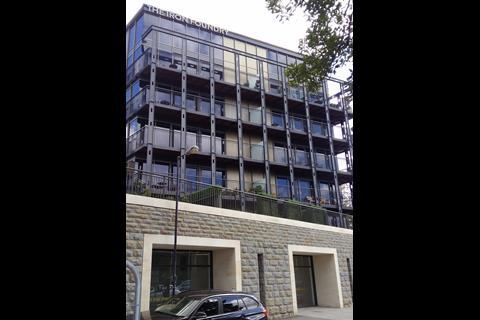 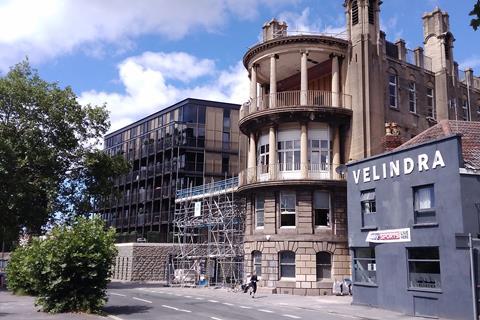 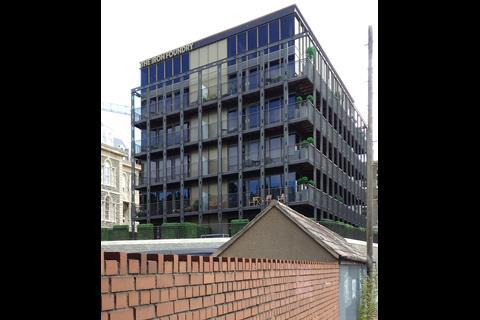 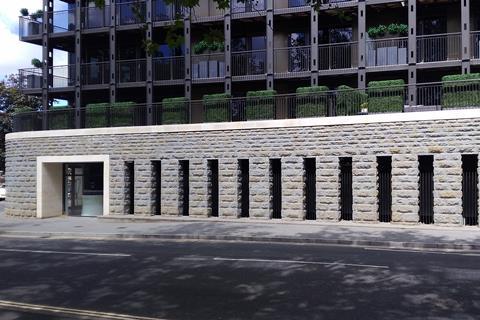 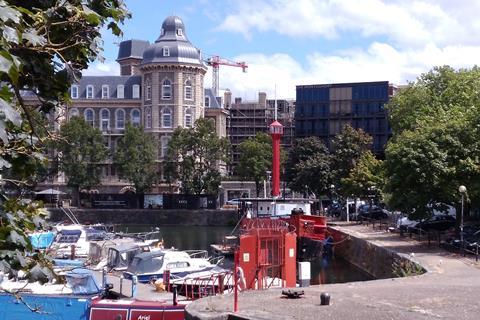 The former Bristol General Hospital is a grade-II listed late-Georgian complex that dates from 1832. It also sits in Bristol’s Redcliffe conservation area and benefits from a magnificent prospect over the rocky gorge of the River Avon to its south.

All of which makes this an unusual choice for a building whose black, metallic structure has led to it being locally derided by some as “Darth Vader.” Such references may not be entirely opportunistic. Dave Prowse, the towering actor who initially played Darth Vader in the original Star Wars franchise, hailed from Bristol.

When Bristol General Hospital closed in 2012 heritage developer City and Country purchased the site and proceeded to convert it into 206 residential flats complete with mixed use amenities at their base. Most of the redevelopment has been undertaken in a sensitive manner with new blocks clad in either brickwork or Bath stone to relate to the existing buildings.

But one new block of flats goes for a decidedly more combative approach. The Iron Foundry sits at the southern tip of the site and is defiantly encased in tinted glass and black cast iron balconies and columns. The metalwork is clearly an attempt to relate to original balcony and column arrangement on the host historic blocks. But the jet black tones of the latter coerce rather than complement the warm, creamy tones of the original buildings.

Even worse is the rusticated plinth that forms the base of the new building. Clearly this is a continuation of the same plinth arrangement applied to the historic blocks. But lazily extended to beneath the new block the effect is painfully crass and incongruous, as if stilettos were poking out under a space suit.

Predictably perhaps, the building has provoked a storm of controversy in Bristol. It narrowly avoided being crowned Bristol’s ugliest building by a local paper. Labour councillor Harriet Bradley savaged the building as “awful” and mused as to whether it was actually “burned out”. And cabinet member for housing in the local ward Cllr Paul Smith dismissed the building as something that “looks like it was designed by Mordor Architects.”

Dystopian fictional realms aside, the Iron Foundry offers yet another powerful demonstration of the potential conservation pitfalls when tactlessly attempting to mix old and new together.