Analysis: How to build 5,000 homes in Middle England – and keep the neighbours happy

Urban & Civic is only 12 years old but this private equity-backed property start-up is turning heads with its approach to master development. Elizabeth Hopkirk visited a former RAF base in Cambridgeshire to see the business model in action 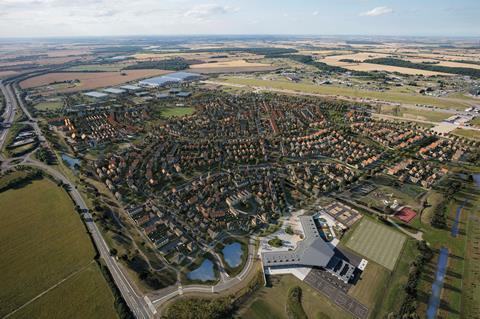 Urban & Civic’s recreation of a former airfield into a community of more than 5,000 homes. A primary school designed by AHMM and landscape architects Wynne-Williams Associates is visible in the foreground

There are few faster ways to make yourself unpopular than by announcing your intention to build 5,000 homes in the middle of the English countryside. When Urban & Civic bought a thousand acres of Cambridgeshire in 2009, the fledgling developer was warned that it would take 15 years to get planning approval.

“It took us three-and-a-half,” says Nigel Hugill, the firm’s urbane chief executive, with evident satisfaction. “We had 17 objections, of which two were about the name and the rest were about traffic. You’d get more if you wanted to put a porch on your house.”

The trick, Hugill says, was to hire a 30m-high Ferris wheel and ask the neighbours round. Two-and-a-half thousand accepted the invitation.

“That Ferris wheel wasn’t just entertainment,” says James Scott, U&C’s director of strategy and planning. “People struggle to conceive scale but,  when they went up and looked over the site and could just about see their homes in the distance, they’d come into the public engagement with a much better perception of scale.”

By which he means they were less likely to view the huge new housing estate as a threat. In fact some of the Post-It notes apparently asked if the development could be connected to Huntingdon, the local town, so U&C bought another couple of hundred acres of farmland to do just that. 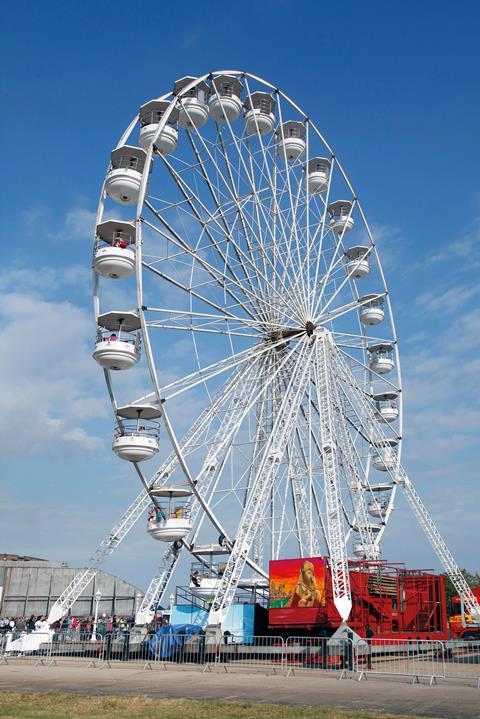