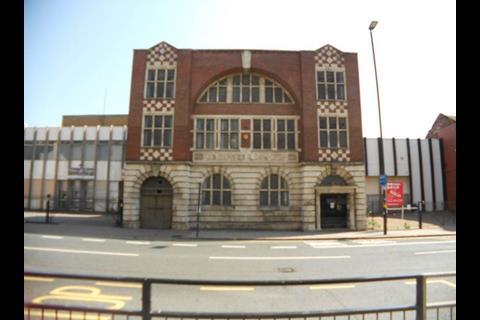 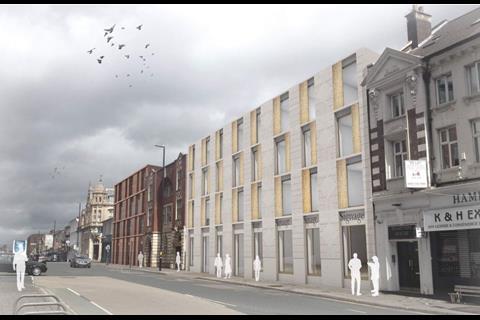 BPN Architects' proposals for Birmingham's Jewellery Quarter, with new blocks on either side of the grade II* former Frost Electroplating works 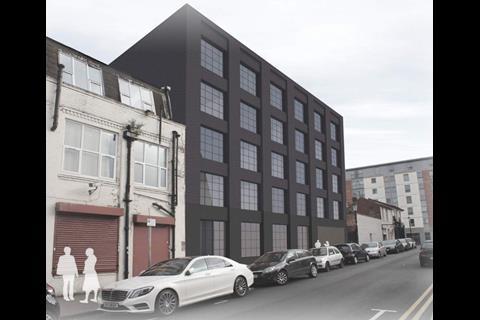 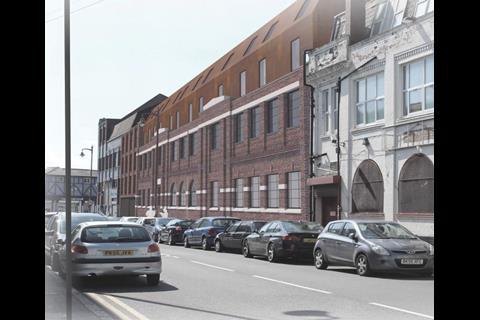 The retained Barr Street building with its new corten-steel mansard 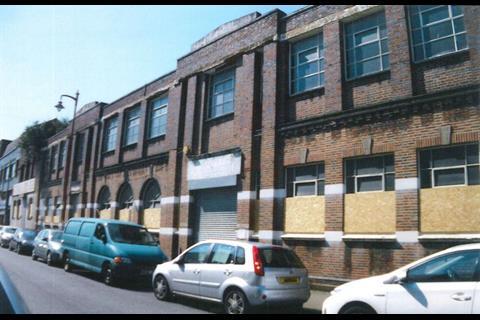 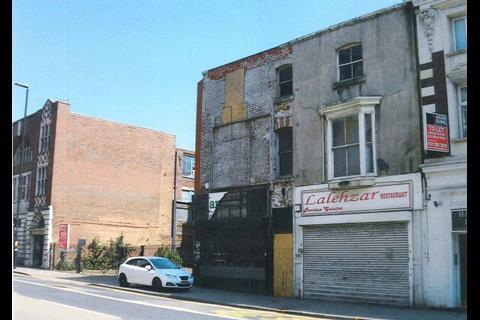 The 19th Century shops set to be demolished to make way for BPN Architects' Jewellery Quarter Plans. Historic England wants them to be saved.

BPN Architects has won planning permission for the residential redevelopment of a cluster of former industrial buildings on the edge of Birmingham city centre – preserving a grade II*-listed disused factory at the scheme’s heart.

The 156-home scheme, drawn up for Blackswan Developments, will keep and refurbish the former Frost Electroplating works on Great Hampton Street in the Jewellery Quarter Conservation Area as well as an unlisted two-storey brick building on nearby Barr Street.

BPN’s proposals will see the former Frost works building – which dates back to 1912 – refurbished to house ground floor commercial space and 14 upper-floor apartments, while the Barr Street building will be extended for residential use with the addition of a corten-steel mansard.

The new-build element of the scheme, named Gilder’s Yard, will be delivered in four- and five-storey blocks on the 0.5 hectare site.

Government Heritage adviser Historic England raised concerns about the loss of two early 19th shops on part of the site, which it said had “architectural and historic value” and which had potential to enhance the conservation area if retained and restored. 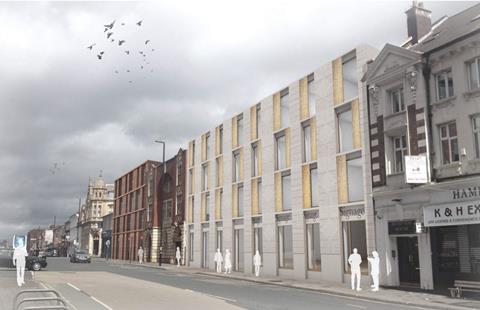 The listed former factory is flanked by two new blocks

A report from Birmingham City Council planning officers quoted a heritage statement written for the applicants by consultant WYG. It said the older buildings proposed for demolition had been “either so heavily altered, or [were] in such poor condition, as to only make a marginal contribution to the aesthetic, evidential and historic values of the conservation area”.

Recommending the scheme for approval officers said the scale and design of the new buildings proposed were “considered to be acceptable” while the use of the listed building in Great Hampton Street and the Barr Street structure  would “retain the historic significance of the site”.

Historic England’s original 1982 listing for the scheme’s main heritage building, built for jewellers Ashford and Sons, describes it as having a “particularly sensitive formal elevation to a jewellery works containing Birmingham Arts and Crafts with Edwardian Baroque details”.