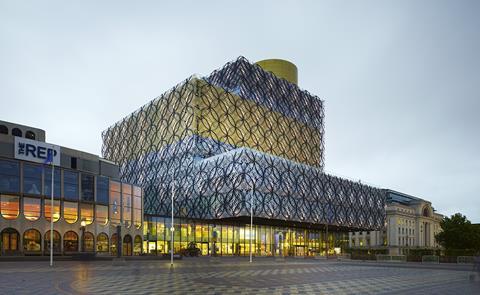 Library of Birmingham by Mecanoo

A new women-in-architecture group has been created in the West Midlands after university students raised the alarm over career opportunities within the profession.

Farrow, who is programme director for BA Architecture at the university, said students had become aware of the low number of women working or studying in the industry beyond RIBA part I.

“We know that at undergraduate degree level there is a fairly even split of male and female students but once we look into the statistics for numbers of women students in post-graduate study and then again into architects in practice, we see the number of women drastically reduces,” she said.

“Our students were quite taken aback by the figures and were extremely proactive in wanting to see a group or organisation set up to really celebrate the women in our profession.”

Farrow said she hoped other regions across the UK would follow her lead and set up similar organisations in order to grow a larger network.

RIBA said the West Midlands group was targeting quarterly meetings to provide networking and support for those in the industry.