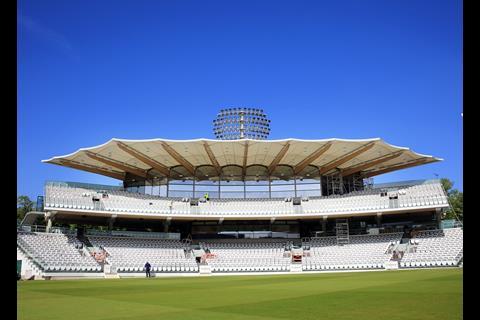 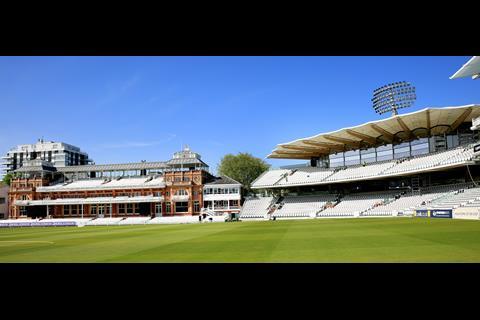 The Warner Stand, next to the Grade II* listed Pavilion 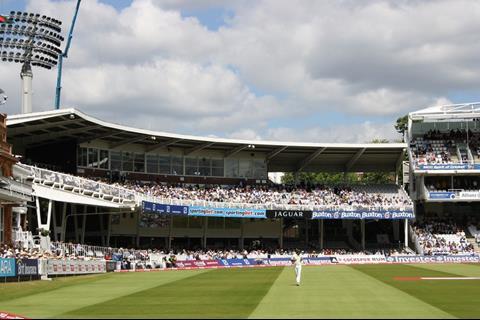 The old Warner Stand at Lord's 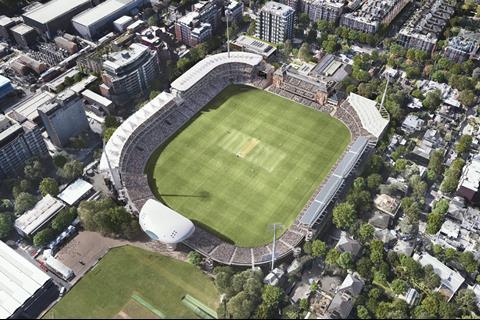 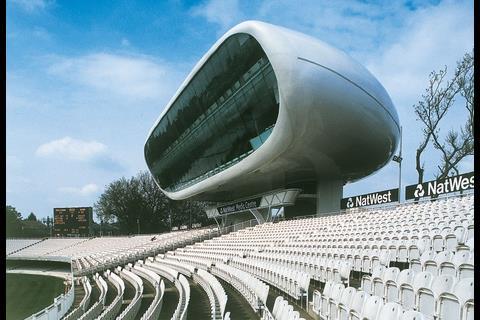 Populous’ new £25m stand at Lord’s Cricket Ground has been officially opened ahead of its first public test this weekend.

The Warner Stand – slotted between the Marylebone ground’s Grade II* listed Pavilion and Grand Stand – includes seating for more than 2,600 people, bars at all levels and a 135-cover restaurant with a glazed wall facing the pitch.

Built to replace Lord’s original 1958 Warner Stand, the new structure also boasts a match-control suite and a range of environmentally friendly features, including sections of green roof and green walls, as well as solar thermal and photovoltaic roof panels.

Populous senior principal Philip Johnson, who was project lead for the practice, said the starting point for the new stand had been to add to the heritage of the ground, which is considered to be the home cricket.

“The new Warner Stand has been designed to complement the existing campus of buildings at Lord’s, providing excellent views of the action, world-class match control facilities, a number of bars, and a new restaurant with fantastic views overlooking the ground,” he said.

“Lord’s has a special place in the hearts of cricketers and fans, and this new stand will help cement its position as the finest cricket ground in the world.”

The stand was built over the past two winter seasons and its completion marks the end of the first phase of Lord’s 20-year masterplan for upgrading the ground.

Spectators will get their first chance to watch live cricket from the structure on Sunday, when England take on Ireland in the 2nd Royal London One Day International.

Populous’ ongoing work at Lord’s involves the redevelopment of four existing buildings, including the Tavern and Allen Stands and a partial refurbishment of the Pavilion and Bowlers’ Annexe, which gained planning consent in 2015.