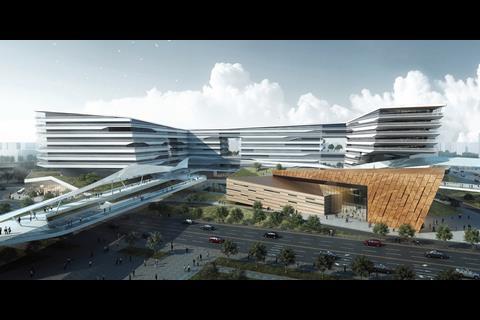 Benoy's proposals for the Yuqiao Science Innovation Centre in Shanghai 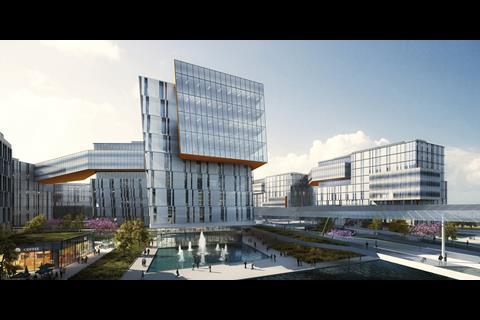 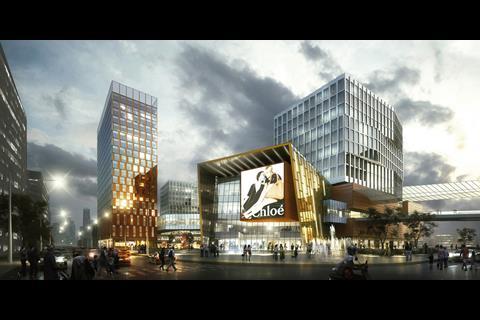 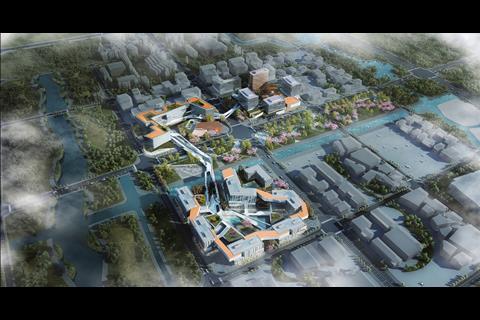 The practice’s winning design was specifically created to cater to artificial intelligence development, identified as one of China’s top priority industries. Benoy said the “AI Park” would be the most prominent component of the scheme, and would be integrated with research and commercial facilities, office towers, corporate headquarters and serviced apartments.

Spread over three plots with a total area of 13.5 hectares, the Yuqiao Science Innovation Centre scheme will deliver 367,000sq m of new floorspace. The sites will be connected by above-ground pedestrian walkways and will have plazas with shops and cafes at major intersections. 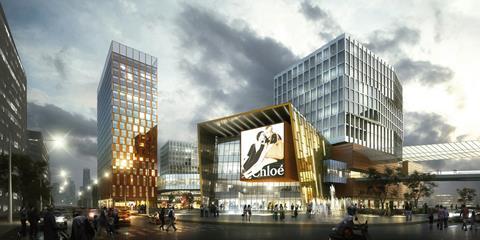 Benoy director and lead designer Qin Pang said the project, put together for developer Shanghai Lujiazui Group, would support China’s ambitions to transform Shanghai into a “world class city by 2040”.

“Our design has balanced the needs of the growing business community with the vision to create a world-leading science innovation centre,” he said.

“We have worked to integrate each of the components seamlessly so the centre will be a place to bring differing user groups together.”

Benoy said the science innovation centre was set to become the signature development within the New Pudong area and would play a pivotal role in the future development of the wider district. 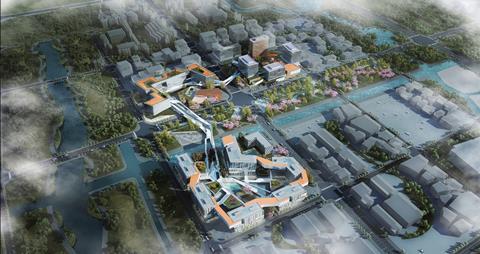 Overview of the Yuqiao Science Innovation Centre in Shanghai