Battle for Bath skyline hots up 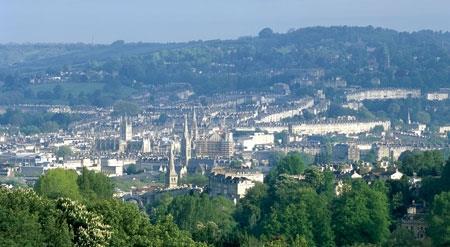 Former RIBA president George Ferguson has joined Bath Preservation Trust in calling for the urgent introduction of a tall buildings policy to protect the skyline.

Ferguson, whose practice Acanthus Ferguson Mann has worked extensively in Bath, told BD it was “absolutely crazy” that the city, a world heritage site, did not have such a policy.

“It’s close to negligence not to have [such a policy] in any historic centre,” Ferguson said. “Edinburgh’s policy has paid off dividends, and they did it 30 years ago.”

Trust chief executive Caroline Kay said the council must act to save the city’s skyline from new development, pointing to Feilden Clegg Bradley Studio’s Bath Western Riverside scheme as a wake-up call for those concerned about tall buildings encroaching on Bath.

“What does punctuate Bath’s skyline is church towers, which is very pleasing, but modern blocks would be a detriment,” she said.

“[What the] undistinguished additions, even though few — such as the Snow Hill tower blocks and plans for Bath Western Riverside — really demonstrate is how dominant eight- or nine-storey buildings are on the skyline.”

The council refused to say if a policy on tall buildings would be introduced, adding that new planning policies to be implemented by the end of this year will include guidance on world heritage site developments, including view preservation measures.

Tony Crouch, heritage and environment manager at the council, said they are looking at a tall buildings policy. “Government targets are pushing buildings higher. It is something we have to manage.”

Les Sparks, chairman of the Bath Urban Regeneration Panel and a former Cabe commissioner, said he was not aware of current plans for any tall buildings in Bath, but said that panel would support a new policy.