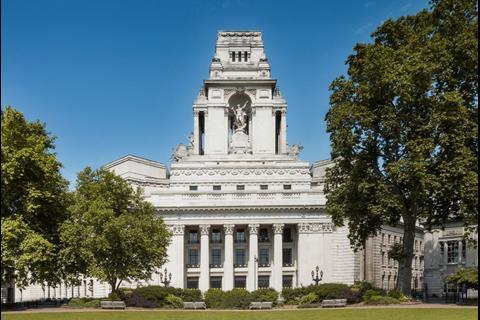 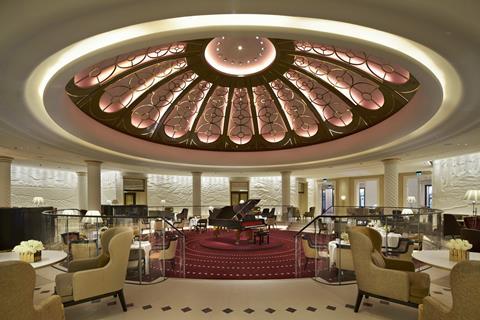 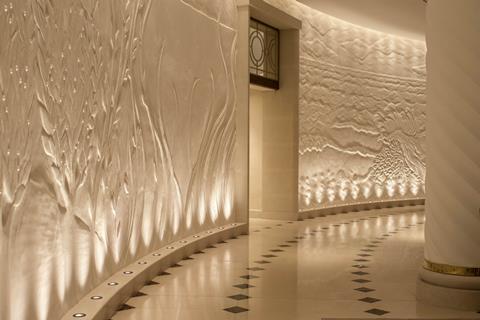 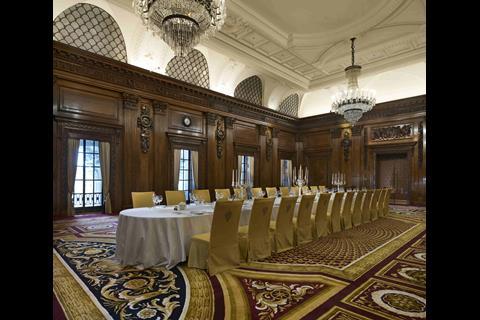 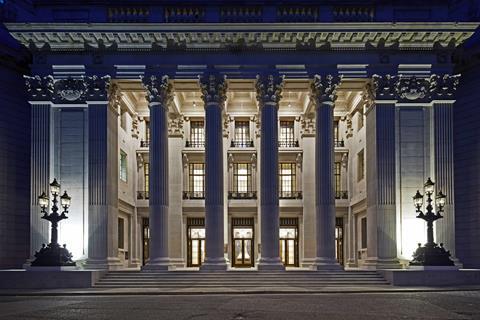 Night view of the entrance portico at Ten Trinity Square

Aukett Swanke has completed the conversion of the former Port of London Authority headquarters into a luxury hotel and apartment complex.

The grade II* listed Beaux Arts building, named Ten Trinity Square, was designed by Sir Edwin Cooper in 1922 for the site next to the Tower of London.

Aukett Swanke’s conversion has turned the building’s lower storeys into a Four Seasons Hotel with 100 guest rooms and suites, as well as a spa, swimming pool, ballroom, and three restaurants.

Floors four to seven host 41 apartments, which required the introduction of a transfer structure to provide support.

Other major architectural interventions include an enlarged basement area and the insertion of a contemporary glazed rotunda into the building’s central courtyard, referencing the original rotunda that was badly damaged in the second world war. 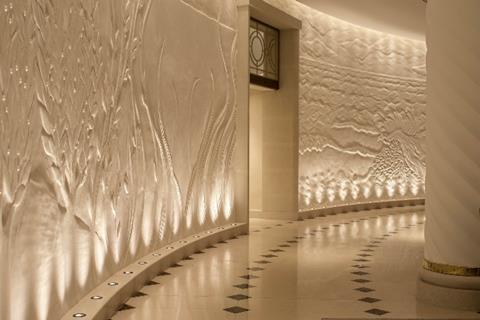 “We have taken a considered, sensitively detailed response to bringing this listed building back into use,” she said.

“While it was important that the original design intent of the building was respected we were careful to avoid a pastiche replication of elements.”

Clad in Portland stone with a granite plinth, Ten Trinity Square is adorned with symbolic statues including figures representing transportation, navigation, commerce, and Father Thames to reflect the building’s role overseeing what was then the most important docks in the world.

In 2009, the City of London granted planning permission for Woods Bagot-designed proposals that would have turned the building into a 121-rooom hotel with 30 apartments, demolishing a 1970s extension in the building’s central courtyard in the process, and replacing it with a glass canopy.

Permission for a revised version of the scheme was granted in 2012.