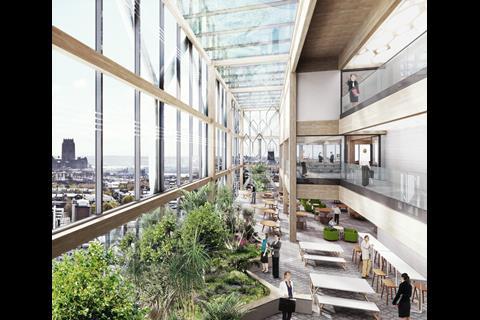 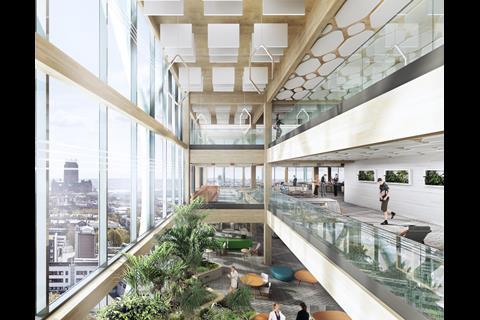 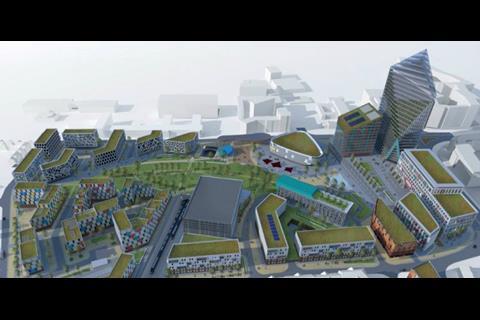 AHR Architects has been appointed to design a £35m base for the Royal College of Physicians on the edge of Liverpool city centre.

The practice will work up proposals for a 6,500 sq m “Northern Centre of Excellence” to be constructed as part of the Paddington Village expansion of the city’s Knowledge Quarter.

The Royal College of Physicians announced last year that it had agreed to create a new centre in the city as part of a drive to expand its domestic and international training offer in a way that was less London-centric.

AHR’s appointment was announced by construction firm Morgan Sindall, which has a £1bn contract with Liverpool City Council to deliver part of the Knowledge Quarter expansion.

Morgan Sindall area director for the North West Barry Roberts said AHR would deliver an “iconic scheme” that would be innovative and “highly sustainable”.

AHR director Dominic Manfredi said the practice’s current working design featured a simple orthogonal grid that would divide the area and ensure spaces could be organised and reconfigured to suit the evolving needs of building users.

“Our design aims to capture the people-focused vision of the RCP, incorporating features that directly relate to positive well-being and health,” he said.

A draft spatial regeneration framework for the Paddington Village development last year included proposals for a 25-storey “landmark” tower, but the feature was removed post-consultation.

Neither Morgan Sindall nor AHR gave any details of the anticipated height of the RCP North structure, or its external appearance.

Liverpool mayor Joe Anderson said signing RCP North up for the Knowledge Quarter expansion last year had been a key moment for the expansion plan.

“I’m delighted to see the RCP, with Morgan Sindall, are creating a building befitting the aspirations and ambitions we all have to make Knowledge Quarter Liverpool a world leader in its field and a major engine of the city’s economy,” he said.

In addition to the city council, the Knowledge Quarter partnership includes  Liverpool John Moores University, Liverpool School of Tropical Medicine, The University of Liverpool and The Royal Liverpool and Broadgreen University Hospitals NHS Trust among others.

Morgan Sindall said it expected the RCP North building to be handed over in late 2019.