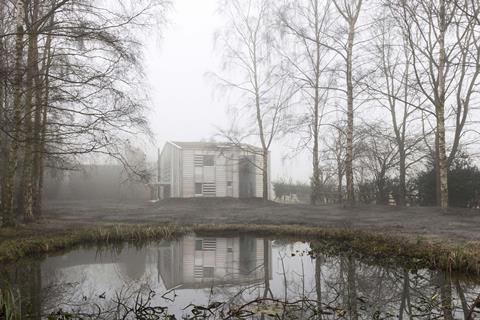 Tonkin Liu has won the 2018 Stephen Lawrence Prize for its transformation of a farm shed into a home.

The Old Shed New House project in North Yorkshire was described as “breathtaking” by Marco Goldschmied, the founder of the prize for projects with a budget of less than £1m. 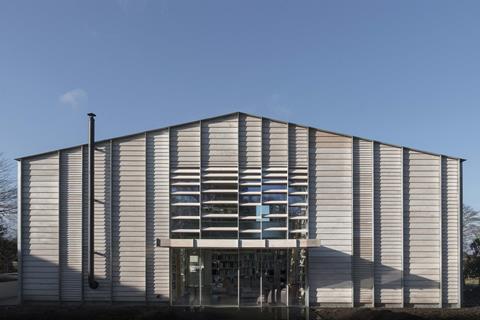 The judges also gave a special mention to Arboreal for the Bethnal Green Memorial to the 173 people who were crushed to death on the steps of the Tube station during a Second World War air-raid panic.

Goldschmied said of the 210sq m three-bed retirement house: “This impressive project has brought life back into a redundant agricultural building to create a breathtaking new home. Using sustainable, low-cost materials, Old Shed New House illustrates perfectly what a talented architect can do with a fairly modest budget.” 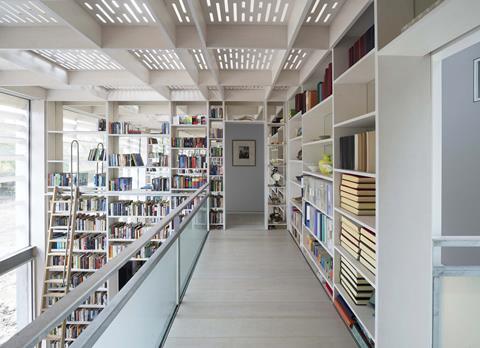 He added: “In addition, the judges and I would also to give a special mention and an award of £1,000 towards the maintenance of one of the other shortlisted projects, the Bethnal Green Memorial, built in tribute to a little-known World War 2 tragedy. Our congratulations to all those involved the 12-year effort to bring this forgotten London memory to light for future generations.” 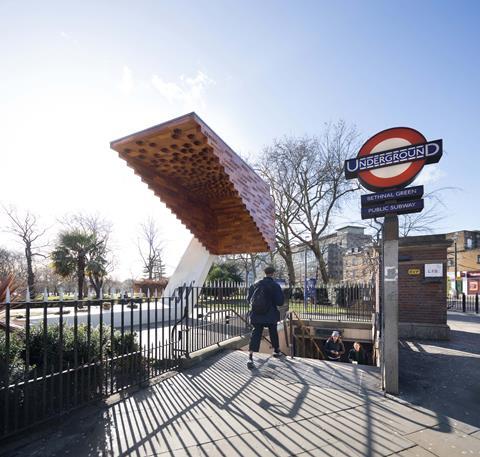 The judges for the 2018 Stephen Lawrence Prize, set up in memory of the aspiring architect who was murdered in 1993, included his mother Doreen Lawrence; Goldschmied, past president of the RIBA; last year’s winner Meredith Bowles of Mole Architects; and Stephen Lawrence Scholarship recipient Asher Bourne. 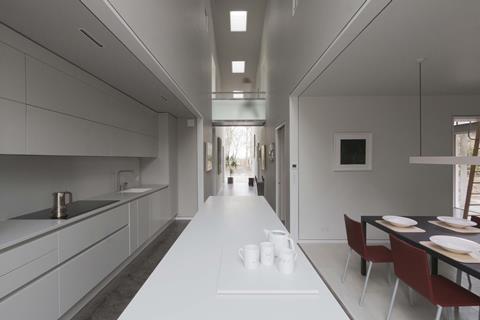 “The clients had spent several years looking for a quiet site to build their retirement home, before they found a farm shed located in a wild garden, on the edge of a small village in North Yorkshire.

“Discovering the site with their son Greg, now associate at Tonkin Lui, and Mike Tonkin, they sought to pull the landscape into the building’s form. A long double-height gallery maintains the tree-lined approach and a tall library, bounded by mirror-backed shelving evokes the copse of silver birch found of the site.

“Walking into the library through a sliding door from the living room brought gasps from the awards jury. It is the heart of the home and a showpiece for a lifetime’s collection of books. Clever use of light and mirrors gave the impression of an art piece itself. Otherwise it Is a modest 3-bedroom house, build cost effectively, but with exquisite detailing throughout inside and out.

“The house follows a Passivhaus strategy of high insulation, high air tightness, complemented by mechanical ventilation with heat recovery. Timber louvres are neatly integrated into the design of the timber cladding to limit solar gain in the South facing library. Larch cladding of various widths has been shot blasted and stained white between galvanised steel fins to offer a rhythmic façade that reads like the bark of the silver birch trees. Galvanised steel continues inside with a delicate mezzanine and bridge, using only 80mm structural depth, made delicate timber joinery in every room.

“The colour scheme of subtle grey tones, concrete screed floor and white shaded timber seems to effortlessly complement the art collection in every room. As the architects say “The house is a journey of interconnected spaces that alternate between the grand and the intimate….. it is part country cottage, part classical villa.” 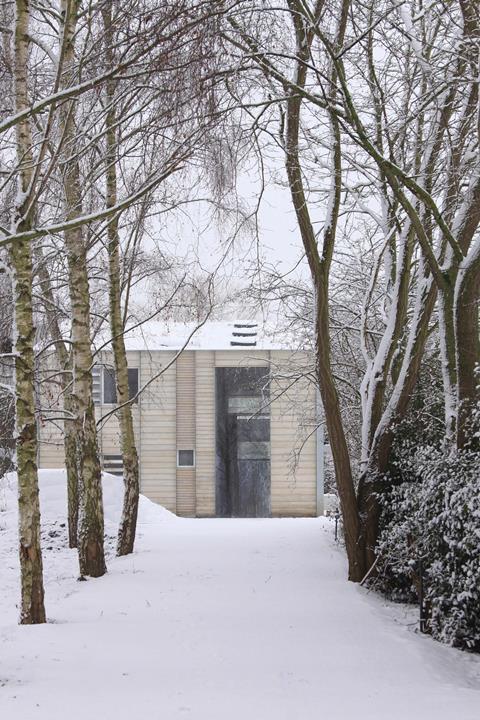