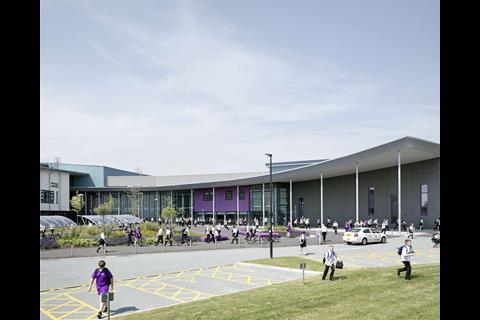 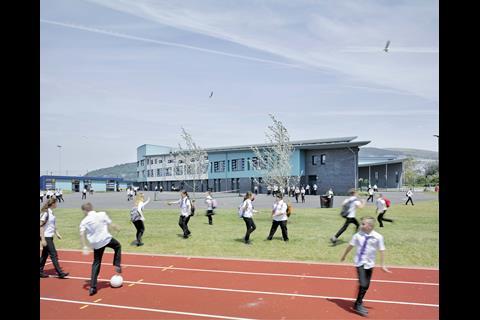 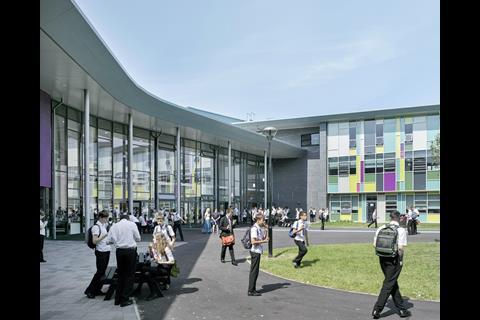 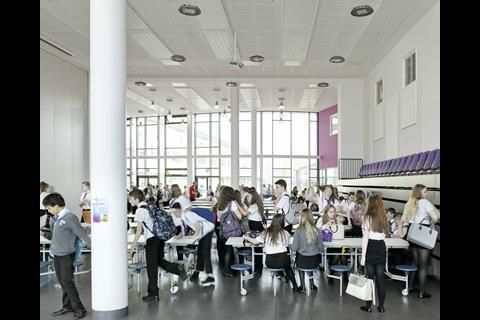 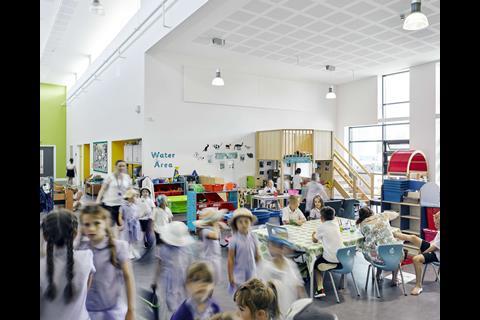 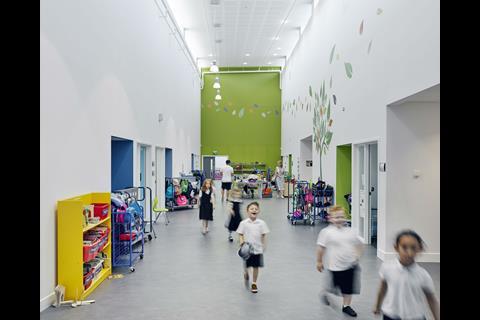 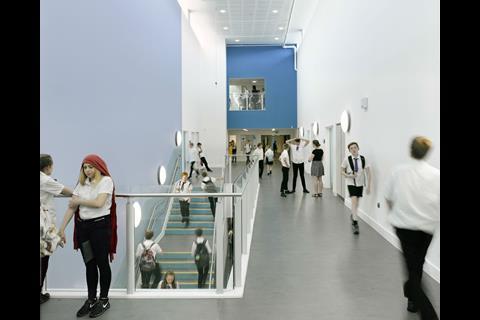 The practice’s Cardiff office designed the Ysgol Bae Baglan to replace two local comprehensive schools and a primary school, and cater for up to 1,500 pupils ranging in age from three to 16.

It has three teaching wings that directly link to a large central space, and two independent learning pods to allow for an increase in pupil numbers and for future expansion at the 15 hectare site.

The BREEAM “excellent” rated building has more than 2,000 sq m of photovoltaic panels on the roof, and a large transpired solar collector that passively pre-heats air to warm the sports halls.

Stride Treglown was one of four practices shortlisted for the gold medal. The other projects were Rhyl High School by AHR; Cardiff University Brain Research Imaging Centre by IBI Group; and Silver House, Gower, by Hyde + Hyde Architects. 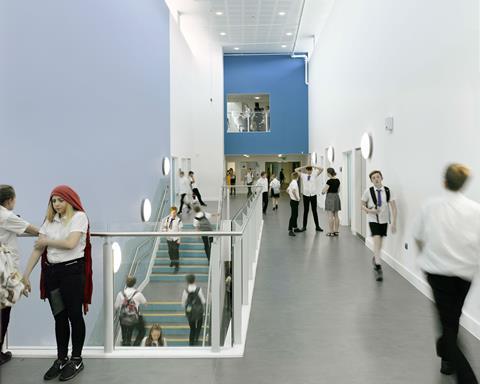 Studio Egret West architect Gwyn Lloyd Jones, who was a selector for the 2017 Gold Medal for Architecture, said Ysgol Bae Baglan combined a high aspiration of uniting a local community with a dynamic architecture statement.

“Situated on a flat site, the roof form replicates the surrounding hills and makes the building approachable and welcoming,” he said.

“The classrooms are spacious with abundant natural light, while the long school corridor has a curved and playful shape.

“It is hoped that the school will become a focal point for the long term development of the area helping to bring the community together.”

The gold medal was awarded at the National Eisteddfod on Saturday. The accolade is supported by the Design Commission for Wales and the Royal Society of Architects in Wales.