Tim Knox to become director of the Fitzwilliam Museum in Cambridge

Sir John Soane’s Museum has announced that director Tim Knox is leaving to become director of the Fitzwilliam Museum in Cambridge.

During his time at the Soane Museum, Knox started work on the restoration of the museum’s two neighbouring buildings at 12 and 14 Lincoln’s Inn Fields.

The Opening up the Soane project has raised £7 million and during its first phase has provided a new exhibition gallery, conservation studios and a museum shop. 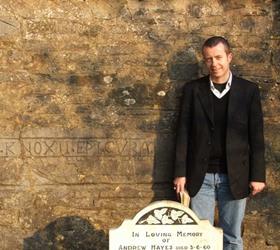 A replacement is yet to be appointed. Soane’s will specified that directors of the museum should be architects but the trustee’s have since changed the policy.

Simon Swynfen Jervis, chairman of the trustees, said: “Working with Tim has been an exciting and rewarding experience, and we shall greatly miss him.”

Knox has been director of the Soane’s Museum for eight years. He was previously worked for the National Trust as architectural historian, then head curator. Earlier in his career he was assistant curator at the RIBA Drawings Collection.