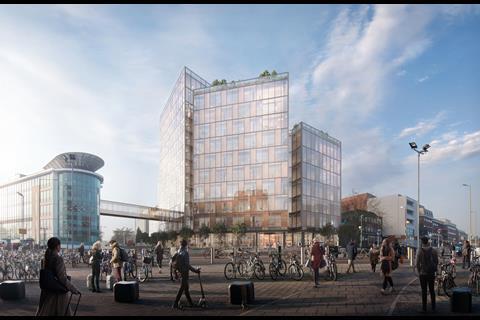 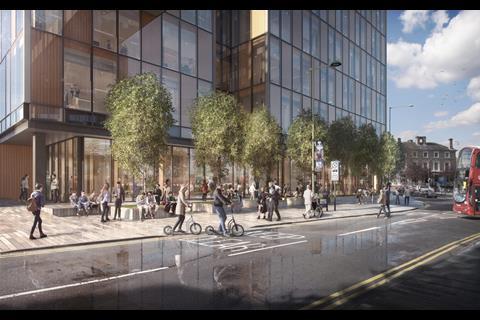 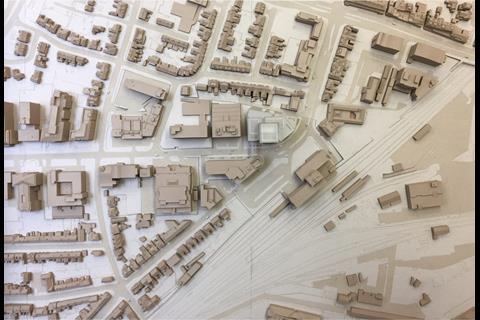 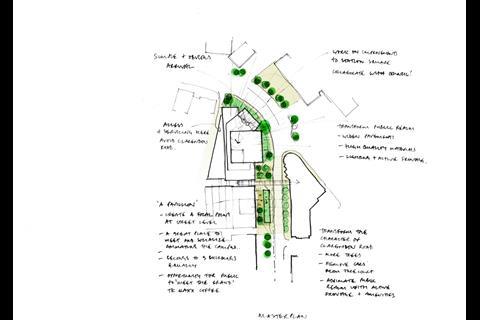 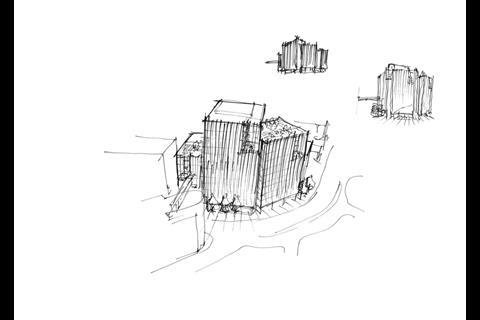 Sheppard Robson has won planning permission for a new Watford headquarters for retailer TJX Europe, operator of the TK Maxx and Homesense chains.

The scheme involves a new 15,000 sq m building, plus refurbishment of existing offices to create over 25,000 sq m of work space in total, on a campus opposite Watford Junction station.

The focal point of the development is the new office building, which has been designed as a series of interlocking glass forms, opposite the station. Its highest part is on Clarendon Road, with the development stepping down around a curved frontage to tie in with the smaller scale residential buildings on the other side of the site. The stepping will be used for garden terraces and staff amenity spaces. 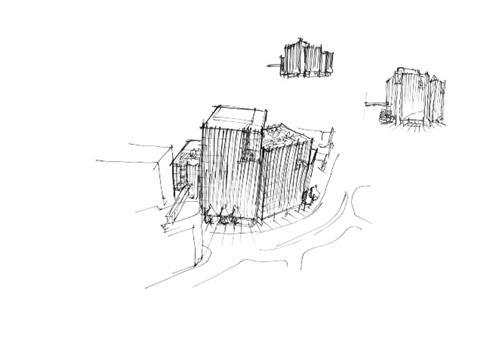 Sketches for the Sheppard Robson-designed TJX Europe development in Watford

Internally, ID:SR has arranged the office space around the building’s perimeter to maximise natural daylight, with circulation atria positioned on the side of the buildings, showcasing the interior spaces.

The new office will sit next to two existing buildings, which will be refurbished. One of them will link to the new building via a new prefabricated bridge that has been designed in collaboration with engineers Ramboll.

Dan Burr, partner at Sheppard Robson, said: “The merging of architecture, interior design and workplace strategy has allowed us to create a tailored, yet adaptable, solution that fits the specific requirements of the client.

“The building is a statement of intent, not just for TJX’s drive to retain and attract the best talent but also for the area, which looks to reinforce its position as one of London’s suburban capitals.”