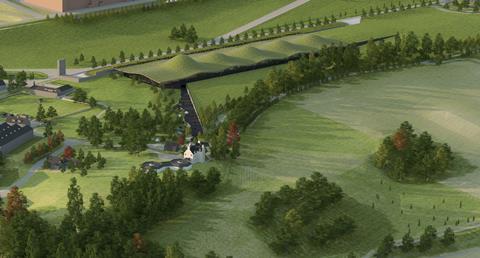 Rogers Stirk Harbour & Partners has won planning for its £100 million distillery for The Macallan whisky in Speyside.

The practice landed the project, for one of Scotland’s oldest whiskies, against a shortlist that is believed to have included Foster & Partners, Herzog & de Meuron and David Adjaye.

The project involves both a new, larger distillery and a reordering of the existing site in north-east Scotland which includes a Jacobean manor house. The project will add a new-build visitor centre.

RSHP’s proposal, approved by Moray council yesterday, sets the distillery into the landscape so that the ground rises up to become its roof. 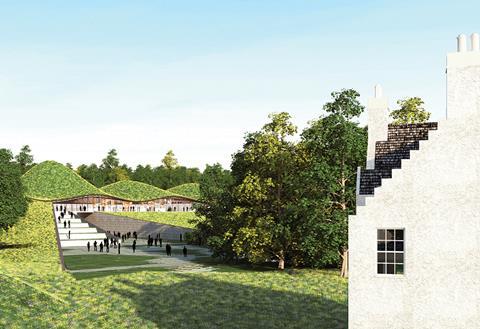 Graham Hutcheon, group operations director at parent company Edrington, said the result would be “a site of major architectural significance”.

With its rolling roofscape, the distillery has been designed to complement the natural beauty of the area, he added.

Work is due to start on site in October, with the facility expected to open in spring 2017.

Moray is bidding to become the location for the UK’s first spaceport, a decision announced last month. As a result Douglas Ross, the chair of the planning committee, is reported to have said: “They may be able to serve Macallan from the new distillery on that first flight into space in a few years’ time.”