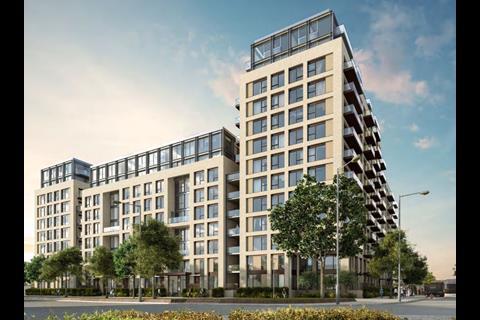 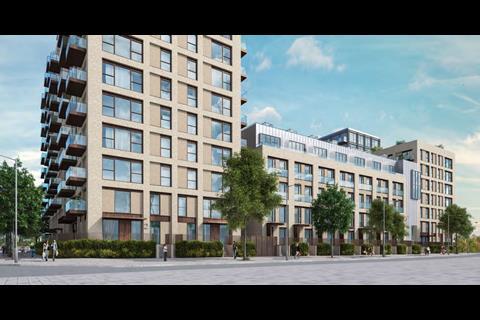 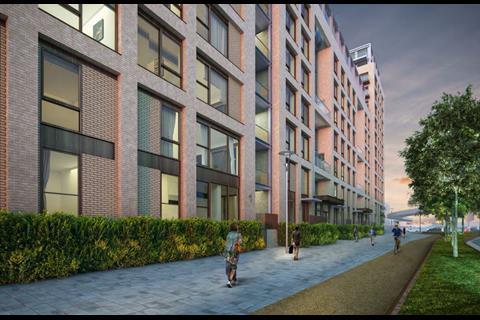 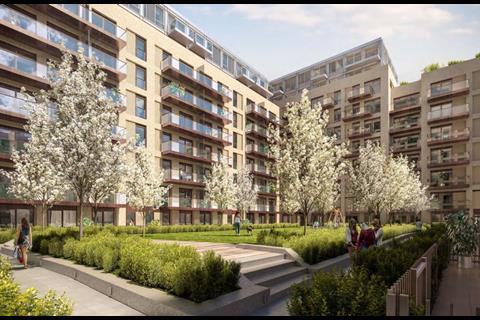 The courtyard of BUJ's Orchard Wharf 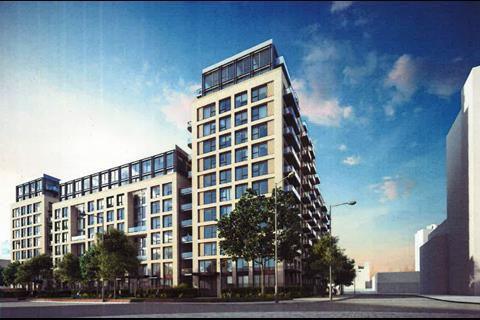 CGI for the 307-home earlier incarnation of Orchard Wharf 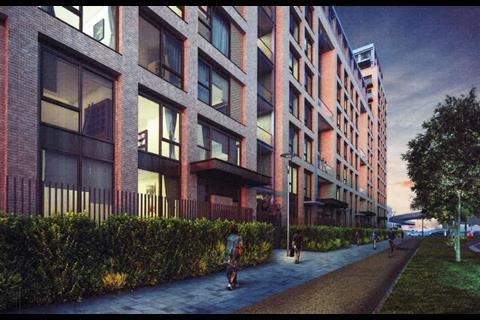 Visual for the rejected 2016 scheme 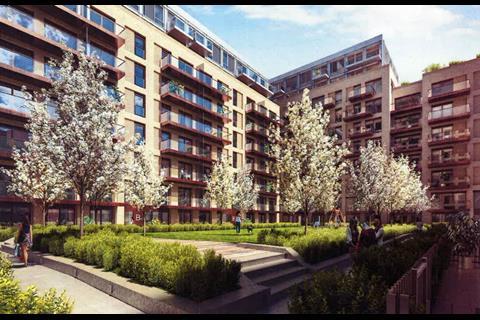 Courtyard view for the 2016 version of Orchard Wharf

BUJ Architects has secured planning for a 295-home housing development in east London after an earlier version of the scheme was rejected for not having enough affordable housing.

The four-block development for Galliard Homes ranges in height from five to 13 storeys and is earmarked for the site of a former Esso petrol station, south of the Royal Docks.

Last year, members of Newham Council’s Strategic Development Committee rejected a 307-home version of the scheme because officers said its 13% affordable housing level was too low and that too many of the homes were either studios or one-bed apartments.

While the rejigged version of the development  – dubbed Orchard Wharf  – contains 12 fewer individual homes, it has increased the affordable housing figure to 30.5%.

The proportion of one-bed flats and studios has actually increased from the earlier scheme, now accounting for 56% all of the new homes, up from 52%. Officers said target levels of “family-sized dwellings” were subject to viability considerations. 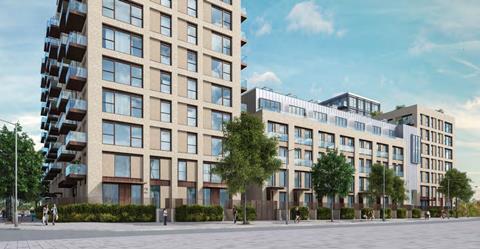 Recommending the scheme for approval, they said they were satisfied with the design-quality of the buildings and their “less than substantial” impact on the nearby grade II* listed former St Mark’s Church, and its grade II listed war memorial.

“The scale of the proposed development is appropriate having regard to the high quality design, layout and accommodation proposed,” they said.

“Furthermore, it is considered that the proposal would represent an efficient reuse of a brownfield site and rejuvenate the appearance of the area.”

Because of the number of homes involved, Newham’s decision will be referred to Mayor of London Sadiq Khan for final approval.