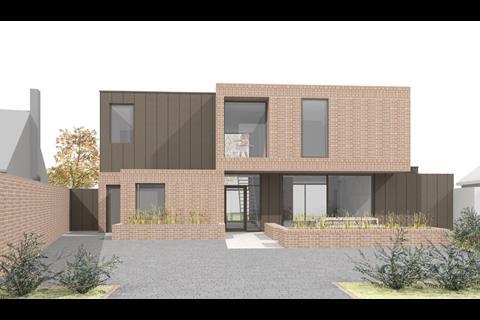 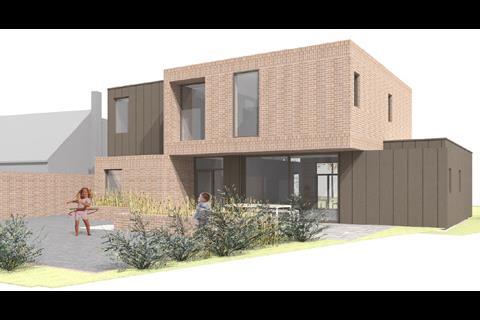 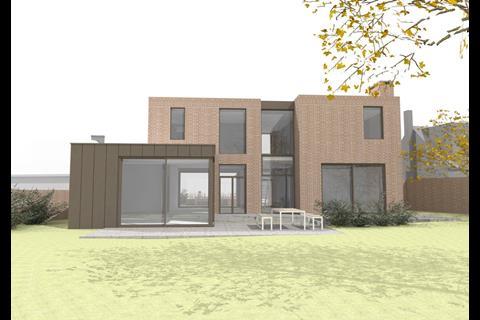 Rear view of the Petersham house 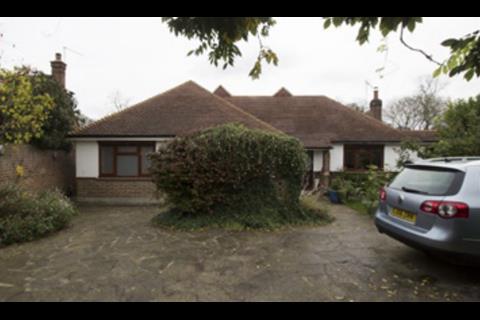 The existing dormer bungalow on the site 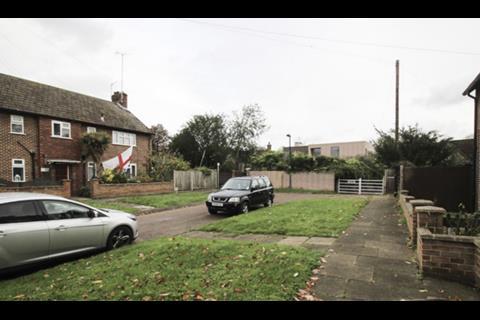 Street view of the completed project

Phillips Tracey Architects has won planning permission to replace a dormer bungalow on a Richmond housing estate with a contemporary four-bedroom family home.

The practice’s proposals for the site on the Petersham Estate, near the Grade I listed Ham House, would see the creation of a two storey brick- and zinc-clad property at the end of a cul-de-sac.

Phillips Tracey said the house was conceived as a “series of volumes arranged around a central core” that would occupy a smaller footprint than the structure it will replace, maximising the sense of space around the property and further distancing it from neighbouring homes.

The architect said it had avoided introducing a large-volume pitched roof to the design, opting for a lower-impact green roof.

“It provides an unobtrusive and natural surface when viewed from above,” the practice said.

“This is of particular significance when viewed from King Henry’s Mound in Richmond Park.”

King Henry’s Mound is a recognised location for assessing the impact of protected London views, particularly in relation to St Paul’s Cathedral – although the Petersham property would not be between the two.

Phillips Tracey’s planning application, which was approved by the London Borough of Richmond at the end of last month, pointed to a “rich history of exemplar contemporary housing schemes” in the local area. 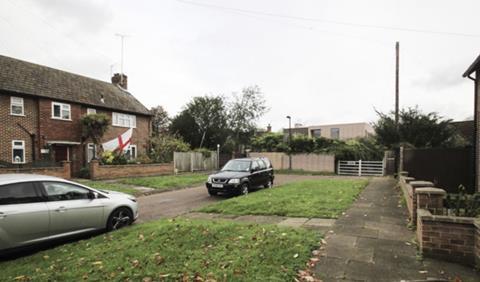