Why can’t we make architecture intelligible to the general public?

A 1948 book encourages the lay observer to believe they can engage with architecture. Why are we still struggling with an elitist image nearly 70 years later asks Eleanor Jolliffe 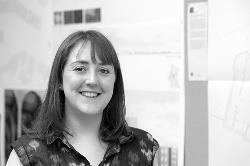 Summer is here and along with it the rush of architecture festivals, major exhibitions and the Stirling Prize shortlist. I can almost hear critics and comment sections across the country limbering up for their annual disagreement of what constitutes ‘good’ architecture.

My aim this summer is to make use of my associate membership of the RIBA, which currently registers in my consciousness more as a moderately expensive magazine subscription than membership of a vibrant professional body.

In the strong belief that if I want to understand what RIBA is about I need to actually participate in some of its events I looked at its website to see what was on offer. I was struck by how much more engaging the summer holiday workshop days for school age children look than any of its current offerings for adults.

Although this hasn’t help further my initial aims, I couldn’t help but be encouraged by the fact that RIBA seems to be actively engaging with people outside the profession. As the awards season comes round every year puzzled friends and family ask me why exactly these buildings are so good. Every year I become more irritated by the professions lack of ability to communicate effectively beyond its bounds and by everyone else’s ability not to see what nine years of higher education has almost rendered understandable to me.

This year I had vowed to avoid writing about this until I unearthed a book from a box that has sat at my parent’s house for at least five years. It is a 1948 edition of a slim title called ‘Pillar to Post’ by cartoonist, author, art critic and stage director Osbert Lancaster.

This tongue in cheek volume has the laudable aim to “induce an attitude towards architecture less reverent and of greater awareness, and to encourage the reader… to take another look at the fantastic collection of buildings on either side which hitherto, maybe, he has been accustomed to accept without question on the grounds that “that’s architecture that was”, and therefore not a matter on which he could possibly be expected to hold any views”. Vintage language notwithstanding this is a hilarious book grappling with exactly the same issues I seem to grapple with whenever any family member mentions the words ‘Grand Designs’.

Why the ability to effectively communicate an idea to a non-architect is something that almost never comes up during architectural education, and rarely after it, I am not sure.

After all as Lancaster points out “of all the arts architecture is the one with which the public are most vitally concerned. A man may never enter a concert hall or a picture gallery, open a book of poems or sit through a play, but we all need shelter, and its provision, save in the case of boy scouts and troglodytes, is the business of the architect”. The latter point is arguably somewhat more negotiable today but I believe the gist of his argument remains sound.

The glut of property and home make-over shows and the fact that Kirsty Allsopp can make headlines and cause a small Twitter storm with an opinion on the location of a washing machine suggests the general public does have views on architecture and space planning. But they don’t seem to have connected knocking through the wall between the kitchen and the living room with the art of architecture.

The existential struggles of smaller and one-person practices could be slightly alleviated if an architect was seen to be as essential as a builder in home renovation and extension projects.

In no way do I want to make political hay from the Grenfell tragedy but architects were not high in the minds of the public when seeking someone to explain how such a tragedy may have happened, or  when looking for someone to de-mystify the building regulations or differences in cladding types.

Lastly Lancaster does seem to have a point even if only in a fiscal sense; “whereas in the other arts a neglected genius working in his garret may just conceivably produce a masterpiece, no architect has ever produced anything of lasting significance in the absence of a receptive public.” His words were written in 1948, sixty nine years later we still seem to be struggling with an elitist image. At what point will we re-evaluate the way our profession communicates to the wider world or will this inability be the eventual cause of our demise?