Uncertainty over the combustibles ban could delay projects

Even building inspectors are confused and manufacturers haven’t caught up with gaps in the market, says BD’s new technical columnist, Andrew Mellor of PRP 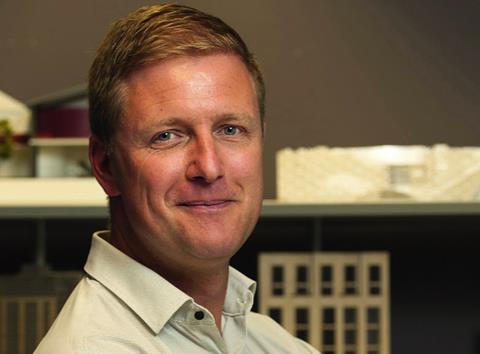 When James Brokenshire announced at the start of last summer that the government would be consulting on the banning of the use of combustible materials in facades in England it was expected by the industry and welcomed by many.

His further announcement, last autumn, that the ban would apply to the majority of buildings over 18m with sleeping accommodation, came as no surprise to most in the industry.

Perhaps what was a surprise was that hotels were not included, and that new facades on hotels could continue to use combustible materials, albeit not without testing to BS8414. Why were hotels deemed to be safer than other types of buildings with sleeping accommodation, especially as occupants would be unfamiliar with the building and its fire strategy, such as escape routes?

Some industry groups have questioned why the ban does not apply to buildings below 18m: not many care homes are built over 18m and neither are hospitals, though there are of course exceptions. Land availability, population growth and an aging population will over time likely mean these building types need to be taller, so perhaps the new legislation is rightly anticipating the future.

The decision to make the height 18m is aligned to the existing approved document B guidance on combustible insulation use. However there are many who feel that setting the restriction at 18m and above is too high. For example some within the Fire and Rescue Service wanted it to be 11m so that it corresponded with the length of a standard ladder on a fire appliance. Others wanted it to apply to care homes of two storeys and above.

Any variation from 18m would have meant that it would not have aligned with the approved document guidance. However, there are large numbers of existing buildings which are below 18m and which have combustible materials on their facades, some of which inherently pose safety risks no matter their height. There is a possibility that we may therefore see a change to the 18m guidance for England in a future revision of the approved document.

The legislation and associated guidance that was published last December has already led to confusion and misunderstanding.

Similarly, another inspector stated that windows must be replaced on a recladding project as the ban requires non-combustible window frames. No, it does not. The new guidance clearly states that window frames are exempt and, in any case, a retained element does not have to be upgraded.

If building inspectors are confused, what hope does the rest of the industry have?

We understand that the Ministry of Housing, Communities and Local Government (MHCLG) will soon issue responses to “frequently asked questions” in relation to what the ban applies to, so the ban requirements and how to meet them should be clear to us all very soon.

But there are still challenges to overcome. There are some crucial façade components which are not available with the required fire performance. An example is a cavity tray which needs to be of limited combustibility or non-combustibility performance. As we currently understand it there is not a product available which achieves this performance. The legislation will not allow a combustible cavity tray to be used behind masonry facades where non-masonry infill walling is used as an inner leaf. This means that until a compliant cavity tray product is available, infill walling is likely to be blockwork, impacting on structural loading and the acoustic and thermal performance of the wall.

Applicable projects currently at design stage will need to consider this matter carefully and the associated wall thickness, technical and potential cost impacts. We need manufacturers to help solve such issues, and quickly, otherwise projects will be impacted.

The sooner we get the frequently asked question responses from MHCLG, the quicker we can all respond to the requirements and be completely assured that we are designing and building safe and compliant facades.