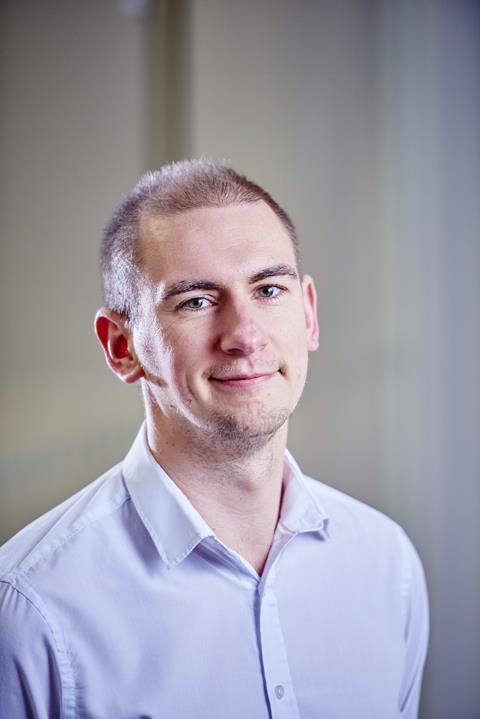 As the primary environmental modifier of the building, the facade is a key component in achieving building energy performance targets and improving occupant comfort.

It significantly contributes to maintaining a stable internal environment while keeping the heating and cooling loads of the building to a minimum.

As improved targets within Part L have reduced, and continue to reduce, the operational carbon of buildings, lowering embodied carbon associated with the construction and maintenance of a building becomes a key focus.

And while facades are integral to improving operational carbon they also have a key role to play in the embodied carbon challenge.

It is estimated that the facade may account for between 13% and 17% of the total embodied carbon associated with a building. 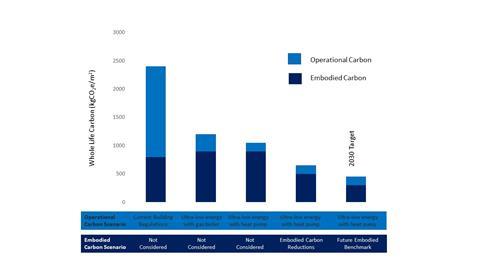 Material choice has a significant impact on the overall embodied carbon of a facade. The ever-increasing database of Environmental Product Declaration’s associated with construction materials helps designers to understand the carbon associated with the production of a component.

However, specifying low carbon materials is low on the hierarchy for net zero design. The design of the facade and how materials are used is a significant driver in reducing carbon. Considerations such as whether facade modules can be adjusted to reduce wastage associated with a particular material must be considered early. Whether off-site construction methods can be utilised to minimise waste should also form part of the early-stage design process.

The overall wall build-up and all components associated with a particular material choice should also be considered in the early-stage carbon assessment. For example, have all the concealed metal supports required for a particular cladding material been included within the assessment?

These may be ignored during the initial calculations and have a significant impact on the embodied carbon content of a particular construction. It is critical that all major components associated with the facade are considered, or it may lead to excessive embodied carbon becoming “baked in” to the building design.

It is incumbent on architects, facade engineers and designers to reduce the embodied carbon associated with the facade.

The opportunity to drive down embodied carbon reduces in the latter stages of a project, therefore, the more informed the facade design can be at an early stage; the more accurate the embodied carbon calculations will be. Early engagement with a facade engineer to understand how the facade can be constructed can also assist in reducing the embodied carbon of other elements of the building, such as the structural frame. For example, designing the facade to be loaded only at column positions may allow for a significant reduction in the thickness of the slab.

In the UK, approximately 80% of buildings that will be in use in 2050 have already been constructed. Reducing the operational carbon of these buildings is necessary, and as the primary environmental modifier, improving the performance of the facade is critical to achieve net zero targets.

Historically, introducing a new building “skin” to an existing super structure of a building would typically involve the existing cladding materials being completely removed and scrapped. It has been easier to start with a “blank canvas” rather than try to re-use existing elements (plus it comes with less risk). This is due to the perceived imitations of the existing system and lack of certainty of the workmanship with the existing facade construction. 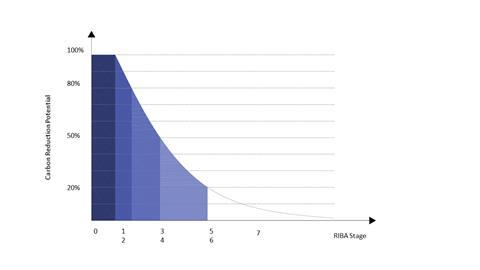 Future proofing the performance of the facade should also be considered in the design, using durable materials that can be adapted to improve performance. This should be balanced with lean design to ensure material is not wasted unnecessarily. For example, cast in channels could be specified rather than site drilled anchors.

There is likely to be a minimal increase in the embodied carbon associated with using a slightly larger cast in channel than is required for the original design. This may allow for heavier or thicker future facade constructions to utilise the cast in channels. Cast in channels are also easier to re-use and provide greater certainty in performance than site drilled anchors.

It is clear, that given the importance the facade has in reducing operational and embodied carbon in our buildings, early engagement with a facade engineer is key to ensure future net zero targets are met.