How to fix the UK's housing mess

We need to admit our mistakes and set about making radical changes to the whole system, writes Hank Dittmar 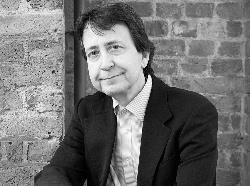 I was reluctant to add to the pile of words that have been created in response to the Grenfell Tower tragedy, and so this column was to have been a celebration of the listing of John Outram’s pumping station.

I keep coming back to Grenfell Tower, though, because it seems vital to secure what truly could be a watershed moment. I am not an investigative journalist, and the work on the causes and consequences of the tragedy is being done and done well. Nor do I want to add to the debate about tower blocks, because it is apparent that this was a failure of care not a failure of building type.

First, housing has become a commodity and an asset class rather than shelter. In my parents’ generation, even if one owned a home, one paid off the mortgage and left it to the next generation pretty much as shelter rather than as an appreciated investment. Insurance companies and pension funds held individual buildings because they generated reliable income, not because they would appreciate in value. The right to housing has gradually been eroded as owning a home became the primary investment strategy for people in many UK cities.

Second, in making the policy decision that Britain should become, like the United States and unlike most of Europe, a property-owning democracy, the government furthered this transition to a boom-and-bust cycle in housing. While Right to Buy was a boon for the generation that experienced it, many of whom sold on to landlords, that boon hasn’t been available for the next generations. Largely this was because the council housing was not replaced. In abdicating its role as provider of housing to those who needed it, government was also committing itself to a more expensive way of serving those in need. Paying private landlords to house people is far dearer than owning a housing project, maintaining its value and collecting income from it.

Housing estates should be retained and managed as long-lived assets, and as vital and living communities

The third mistake was to rely on the private house building market to solve a problem they were never organised to solve. House builders are good at building homes for sale and keeping prices high enough that they can return a profit to their shareholders. The number of homes built this way will never equal the need. Relying on housing associations has not proved successful either, as they have increasingly approached new build like private developers, which marries the worst aspects of public and private sector.

What’s needed now is a sea change in our attitude towards the provision and management of housing. Government should act as a developer, purchasing land at an increment above agricultural value or developing surplus government property. Builders should be brought on as contractors, after projects are designed, infrastructure provided and planning permission obtained, and for some time most housing should be built for rent, both social rent and affordable rent. Where housing for sale is provided, it should be made available in smaller plots and made available for self builders and smaller builders. If Right to Buy is retained, there should be a requirement that it can only be resold back to the manager/owner of the property.

Housing estates should be retained and managed as long-lived assets, and as vital and living communities, as in cities like Vienna where 60% of the population lives in rental stock managed by government or its agents.

Legislation will be required to permit the purchase of land in this manner and to allow local authorities or development corporations to borrow land to build housing. Funding will be needed as well. Volume house builders will continue to build the housing that they can sell, but people will again have the choice of a decent home for rent, or a house in the private market.

In this era of great economic uncertainty, with the global order shaky and the very nature of employment transforming, the provision of well-made, long-lived and accessible shelter will do much to underpin the British economy as it relieves people of the crushing burdens and uncertainty of finding decent homes. Grenfell Tower should be seen not as an indictment of social housing estates, but as a failure of society to provide sufficient housing, and care for it well. This is a problem that is within our power to fix.