More and more social housing is being delivered using a development rather than a grant funded model. Can these providers hold onto their founding principles or will profit get in the way asks Martyn Evans 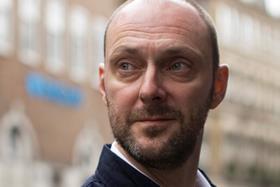 In the fevered debate about how we should be fuelling housebuilding we focus, inevitably, on the numbers. The Government is full of ideas about how to increase volume by unlocking land, speeding up planning decisions and oiling the commercial wheels that deliver new homes. For them it’s a debate about money, bureaucracy and speed. For others it’s about politics and affordability. Perhaps we could find a way to create the perfect solution by combining the two?

But local authorities are back in the game. Every week another one announces an arms-length private development vehicle

At the end of the Second World War we were building roughly the same number of housing units every year that we are building now (around 200,000). Over the following twenty years, that number rose dramatically, peaking in 1968 at 425,000, and gradually settled again at those post war numbers in the early 1980s. Dig deeper into the numbers, though, and interesting trends appear. In 1953, under a Conservative government, local authorities built 245,000 council homes, a number only briefly challenged at the end of the 1960s under Harold Wilson’s Labour Party. In 2004, that number was a miniscule 130 and has only crept up since (2015: 2,730). Housing associations, since they became the dominant deliverers of social housing in the 1990s, have built between 20,000 and 30,000 units a year. Unsurprisingly, it’s the private sector that has delivered the most consistent numbers (133,000 in 2015), only really dipping dramatically after the last recession when, in 2010, numbers were half what they were in 2007.

In recent years, government has cut cash grants to housing associations, restricted the amount local authorities can raise from the market to build and introduced right-to-buy legislation, so it has been pretty much left to the private sector to deliver the social housing we need through Section 106 agreements. These might have been sensible financial policies but they left delivery of affordable housing to the private sector defended on the public side of the table by severely depleted planning departments, themselves the victim of austerity cuts.

But local authorities are back in the game. Every week another one announces an arms-length private development vehicle. These are set up to bid for their own council’s land on the open market, build on it by borrowing council money (which it pays back at market rates to comply with EU State Aid regulations) and deliver decent levels of affordable housing – Croydon’s Brick by Brick development company has an ambition to deliver 50% affordable housing across its portfolio of projects.

Do these developments in the public sector mean that we are going to see a resurgence of affordable housebuilding driven by proper community consultation, great architecture and trulysustainable place-making?

Housing associations are stepping up their activity too, seeking to compete with large private sector developers as their grants are slashed by central government. In 1990 government grants accounted for 75% of housing association building costs; in 2015 it was 14%. Recent mergers between Affinity Sutton and Circle, Peabody and Family Mosaic and L&Q and East Thames have created mega development vehicles to raise huge market investment to fund social housing from the profits of speculative development. Do these developments in the public sector mean that we are going to see a resurgence of affordable housebuilding driven by proper community consultation, great architecture and truly sustainable place-making?

I hope the answer is yes. What will go wrong is if both local authority development vehicles and the new mega housing associations start thinking too much like private sector development companies and forget what they exist to do. Already the media is turning against local authorities –last week Guardian columnist Aditya Chakrabortty wrote an excoriating opinion piece about the London Borough of Haringey’s estate redevelopment programme which is to be delivered by a private development vehicle. Chakrabortty suggested this is driven by the desire to generate cash rather than a solution for the 8,000 families on the council house waiting list. Will the housing associations, whose very existence is now subject to the tyranny of market funding, feel the pressure on their ability to retain a distinctive operational difference from the private sector developers they are becoming unless they remember why they existed in the first place?

This is where the perfect solution lies if both local authorities and housing associations can, at all costs, remember why they are in the business of housebuilding. To provide beautiful, safe, community-focussed homes for people that the market leaves behind. Our historic local authority housing (if we ignore the 1960s) is some of the best in the world. And our housing associations are extraordinary organisations that are intimately involved in all aspects of the lives of the people they exist to serve. We should celebrate them, support them, and encourage them to be the best of both worlds – profitable developers exploiting the market for funding with a social justice mission that delivers the best homes possible, designed (by the way) by the best architects in the world.